Impeachment-worthy — or just another string on a frayed sweater?

Democrats and Republicans and the competing interpretation of President Trump's phone call with his Ukrainian counterpart. 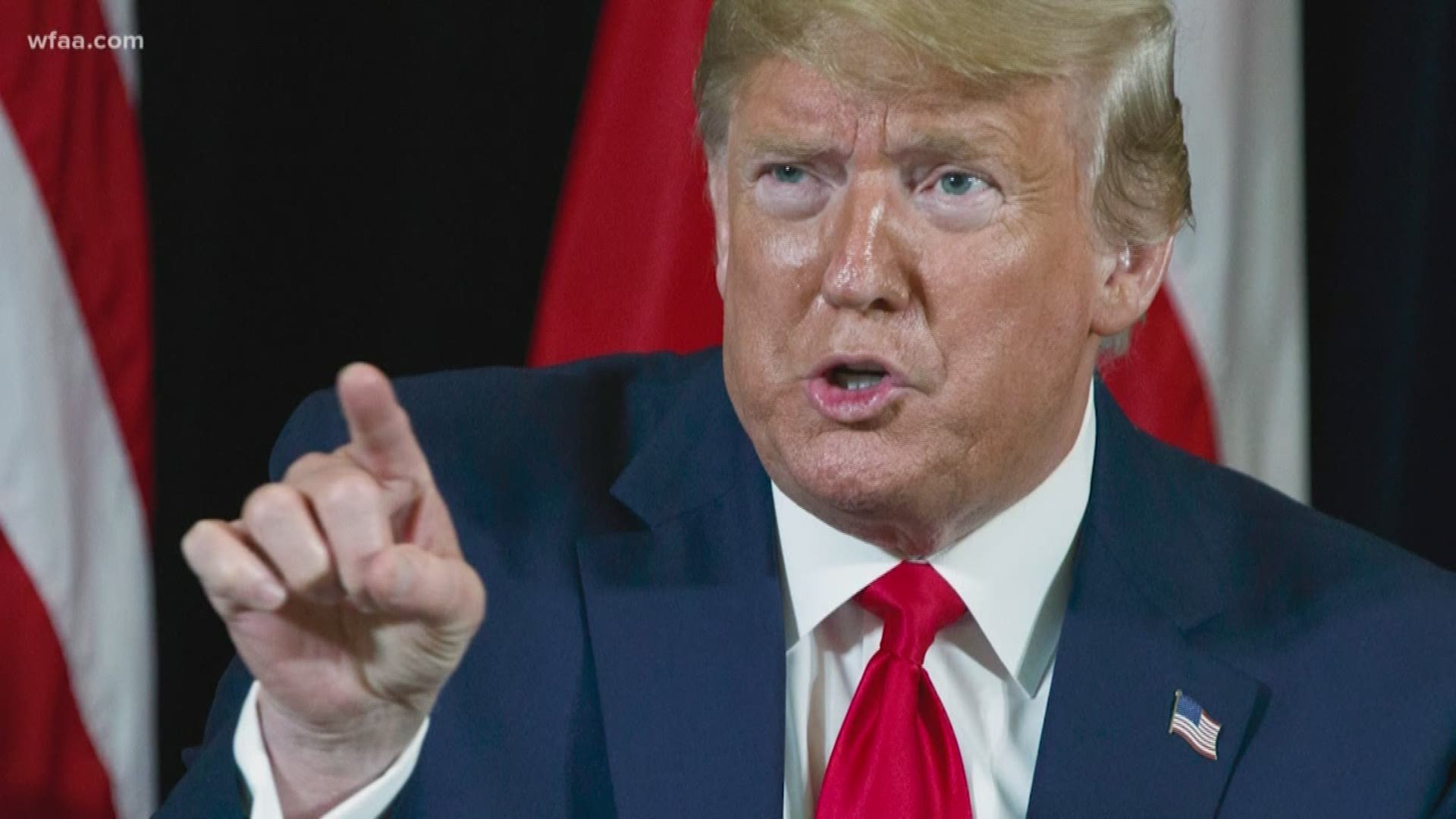 DALLAS — In the memo about the transcript of the phone call between President Trump and the Ukrainian President released Wednesday, Trump brings up Democratic presidential candidate Joe Biden.

He asks the Ukrainian president to work with the U.S. Attorney General to find out why Biden pushed to get a Ukrainian prosecutor fired.

And the Ukrainian president says he will.

"The 2,000-word summation of a 30-minute phone call released by the White House makes clear that days after the President ordered the delay of Congressionally-appropriated military assistance to Ukraine, he implored the President of Ukraine to work with his personal attorney to manufacture a smear against a domestic political opponent, using a malicious conspiracy theory that has been universally debunked by every independent outlet that has looked at it."

"This is not a Republican issue or a Democratic issue," he continued in his written statement. "It is a national security issue. It is a test of our democratic values. Congress must pursue the facts and quickly take prompt action to hold Donald Trump accountable," Biden said.

The context provided by Senator Biden is that, as vice president, he did pressure the Ukrainian government to fire a Russia-friendly prosecutor viewed as soft on corruption, because that's what the Obama Administration and Western allies wanted him to do.

"This is not a smoking gun," said SMU political science professor Cal Jillson in reference to the memo detailing President Trump's phone call with Ukrainian President Volodymyr Zelensky. Jillson says that because Mr. Trump did not openly ask for anything in return.

"There's no quid pro quo here," agreed Rep. Louie Gohmert Jr. (R-Texas, 1st District). "Once again, Democrats are so anxious to take out a president that they didn't care."

"But it's important to have a fair trial before you hand out punishment," Sen. John Cornyn said in a speech on the Senate floor on Wednesday. "Not hand out the punishment and then somehow look for justification for an already reached conclusion."

In a Wednesday afternoon news conference, the President pushed back against the flap over the phone conversation.

As for Texas Democratic response, Congressman Colin Allred for one says he is still waiting for the whistleblower's complaint to provide more detail on the phone conversation, perhaps as early as Thursday.

RELATED: What made Texas Democrats change their minds about impeachment?

"If he does not, and this Administration continues to violate the law and obstruct Congress's constitutional duty, I will be forced to conclude that the only remaining option is for the House to begin impeachment proceedings," Allred said in a written statement.

But as for this current talk of impeachment, Jillson likens it to pulling a string on a frayed sweater.

"At some point the string breaks off before it does any damage. If it doesn't, you lost a sweater. Right? Because you keep pulling on that string. Until you find information that is impeachment worthy. We're not there yet. But that's not to say we won't get there."

Cornyn says the whistleblower's complaint will be delivered Wednesday afternoon to the Senate so members of the Intelligence Committee can review it and so that other senators might receive it for review as early as tomorrow morning.