A spokesperson for DFW Airport says the delays are due to a questionnaire issued by DHS and CDC for travelers to fill out once they returned. 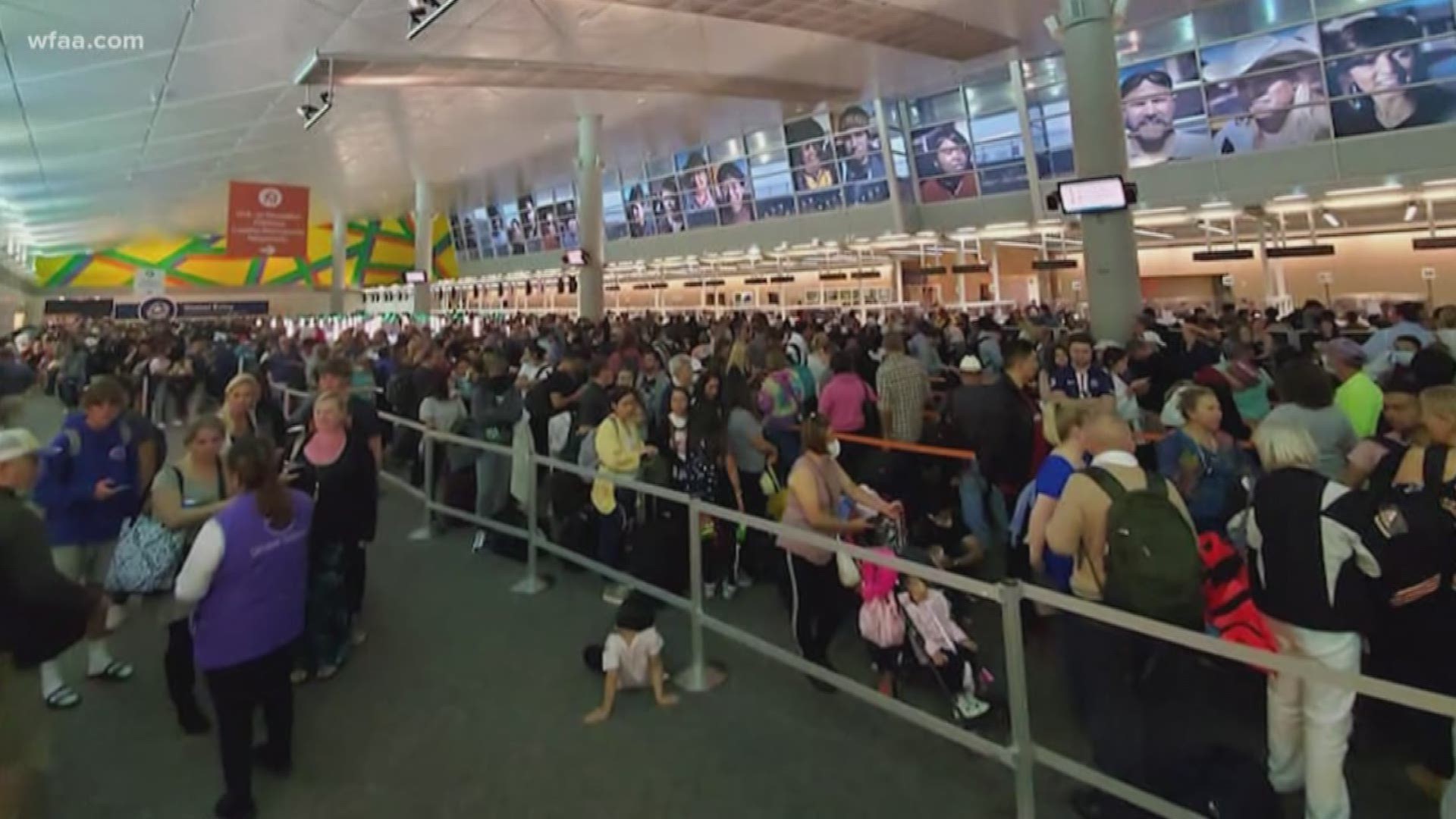 Updated at 12:15 p.m. Sunday with comments from Gov. Greg Abbott.

Many were returning following the travel ban announced by President Donald Trump earlier this week, in which there's a 30-day suspension of travel between Europe and the United State in response to the COVID-19 pandemic.

"I can see nothing but people for me, for as far as I can see," said Longview resident Dorothy Lowe, who was returning Saturday from Mexico.

Lowe said she got off the plane at 4 p.m. and was still in line at customs waiting to leave the airport at 7 p.m.

"We’re all being herded in the same line standing side-by-side,” Lowe said.

RELATED: President Trump suspends travel from Europe to US for 30 days over coronavirus

A spokesperson for DFW Airport says the delays are due to a questionnaire issued by the Department of Homeland Security and the Centers for Disease Control and Prevention.

Travelers must fill out the questionnaires once they return to the country. At this time, the airport says there's no estimated time of how long it will take for the average traveler to fill it out.

Some of the travelers reported waiting at least three hours in line.

Gov. Greg Abbott responded to the long lines on Sunday, saying he had spoken to the head of Homeland Security about the issue.

He called the long wait times "unacceptable" in a tweet and said the federal government is working around the clock to add more personnel and make other changes to fix the problem.

In a statement, officials with the airport said while the enhanced screening may cause delays, they are of the "utmost importance."

"DFW Airport is one of 13 U.S. airports identified by the Department of Homeland Security (DHS) to screen American citizens, legal permanent residents and their immediate families who are returning home from China, Iran or European and other regions. These federally mandated enhanced procedures are part of the effort to prevent the spread of the coronavirus. The necessary additional procedures may cause delays in processing through Customs but are of the utmost importance for the health and safety of everyone."

Many travelers expressed concerns about being packed into lines so close to other people. The airport's Twitter account responded to many of the online complaints and said hand sanitizer is in all terminals.

Like many others, Lowe said she worries about her health.

“I’m less concerned about having to stand here for the amount of time that I am, and more concerned about where the people are traveling from that are around me and what they may or may not have been exposed to," she said. 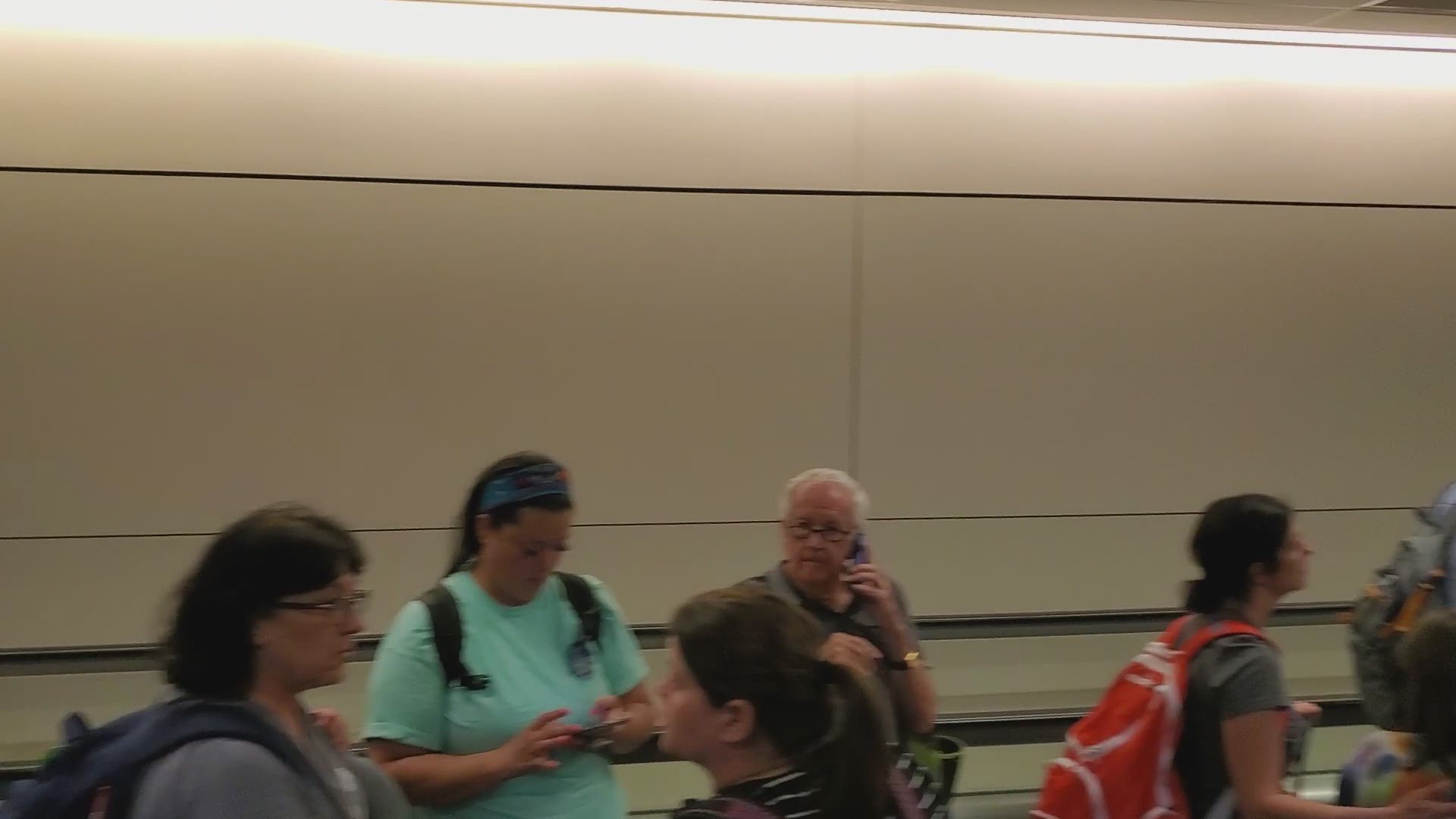 Some returning travelers took to social media to air out their frustrations.