Fisherman discovers 'hundreds' of dead fish at creek in Lewisville

Trevor Browning says he saw "hundreds and hundreds" of dead fish in the creek. The shallow creek feeds straight into the Trinity River. 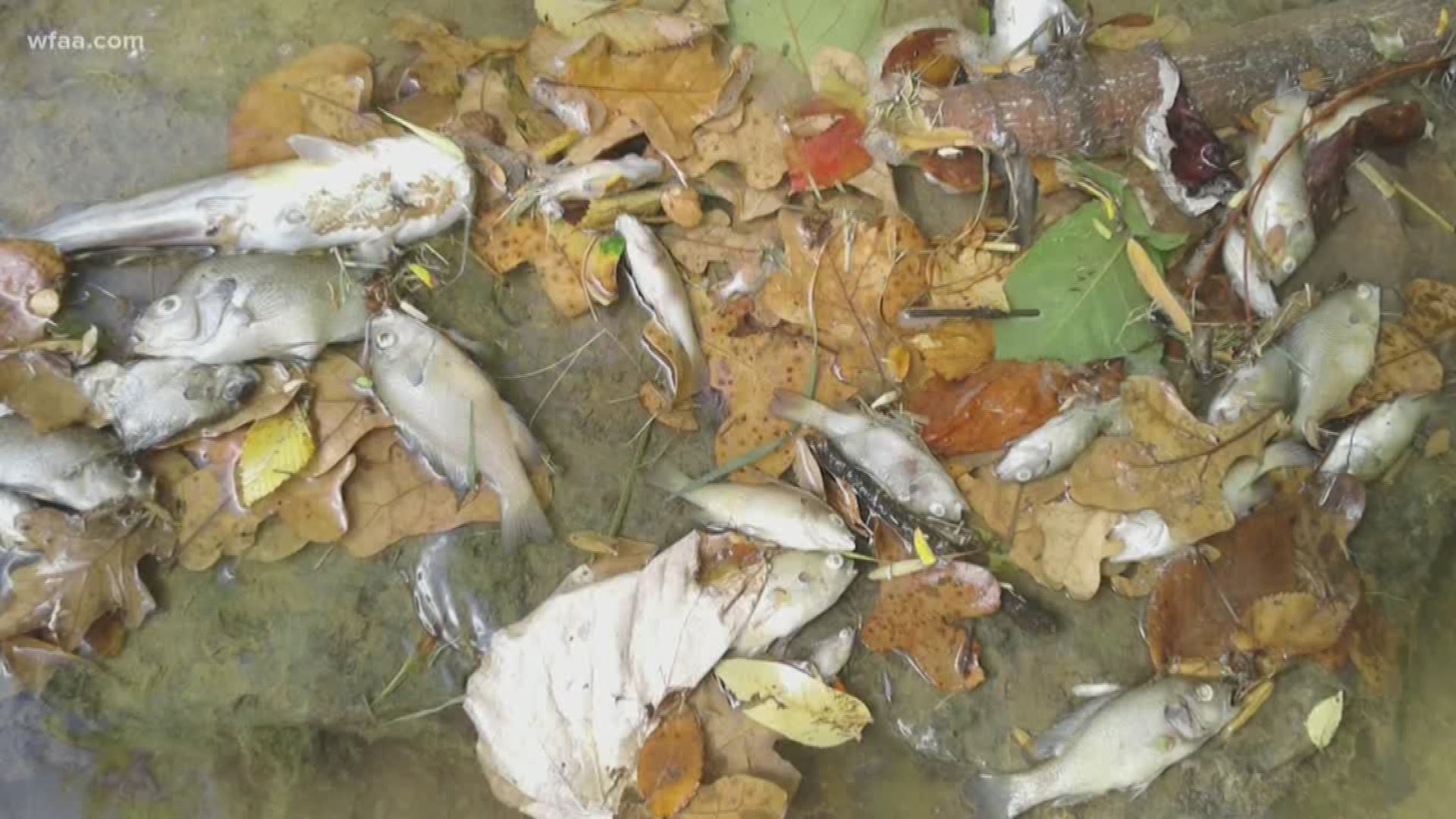 LEWISVILLE, Texas — Trevor Browning has been fishing at a creek in Lewisville since he was little. It was his escape several times a week. But his last fishing trip to the area was not what he expected.

In fact, it was one of the most depressing fishing trips in recent memory.

"I got back here Monday morning, and everything was just dead," said Browning.

Browning tells WFAA he saw "hundreds and hundreds" of dead fish in the creek near a neighborhood off Mystic Hollow Drive.

The shallow creek feeds straight into the Trinity River, according to a spokesman from Lewisville.

When a WFAA news crew arrived at the creek, there were several dozen dead fish scattered throughout the creek. It was also very evident that scavengers had helped themselves to the fish carcasses.

"I'm a river rat at heart, so this is painful for me to see," said Browning.

WFAA reached out to the City of Lewisville, and crews came out to the creek within the hour.

Crews cleaned up the carcasses that hadn't already been claimed by scavengers.

The City says they did preliminary tests of the water and it showed the water was clean.

"There's no pollutants. We can rule out any kind of sewage spill," said Matt Martucci of the city of Lewisville.

Now, the City is looking into natural factors like oxygen deprivation. Overnight this small ecosystem was wiped out.

The City says more tests are being done and it may take a couple of days to get results.