Police monitor Tonya McClary says she plans to come up with a set of recommendations to improve police response to protests. 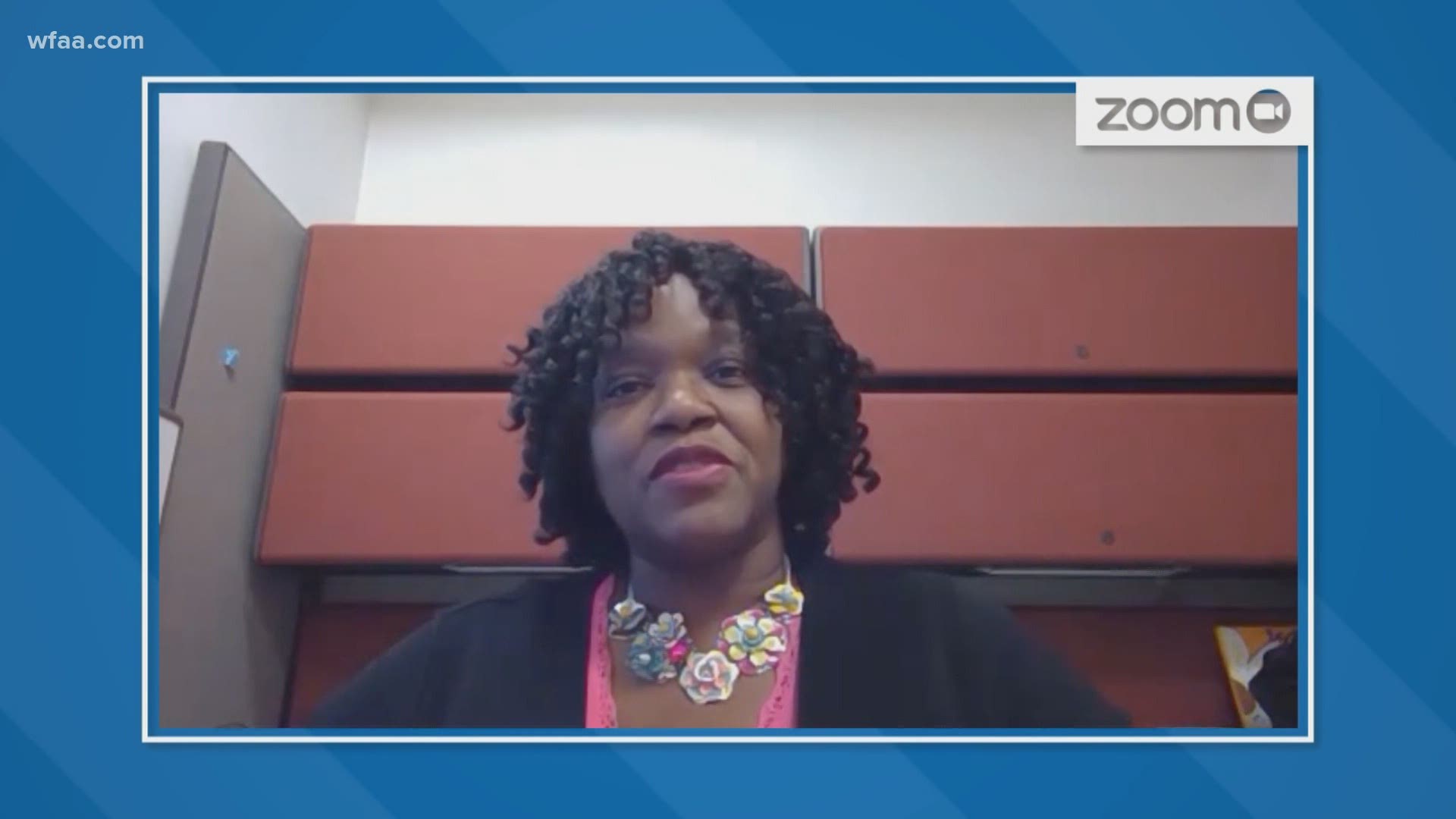 For the last six days, protestors have been marching throughout the Dallas-Fort Worth area and across the nation following the death of George Floyd in Minneapolis police custody.

Tonya McClary is Dallas' first police monitor. The former public defender began work in late February after spending three years as the lead monitor over use of force cases in New Orleans.

Her position is part of the city's revamped Community Police Oversight Board.

McClary said the group has received at least 50 complaints about the actions of Dallas police officers during the recent protests. Many of the complaints have centered on the use of smoke and projectiles on the crowds.

Below is a conversation with McClary. The answers and questions have been edited for length and clarity.

You’ve said that you wanted to seek to build a bridge between police and the community relations. How do you plan to do that?

There are very different ways that you can do that and so some of it is to actually hear from the community, hear what those concerns are and bring those to the police department and find out if there’s ways that we can address it. So, for example, there were a lot of people when the pandemic started that were getting concerned about officers pulling them over and interacting  with them without having masks on, without having gloves  on. I brought those concerns to the police department, and Chief [Reneé] Hall actually issued a directive from her office saying that her officers should be wearing gloves and masks wherever possible when interacting with the public.

RELATED: Dallas' first ever police monitor says she is ready to bridge gap between the public and officers

Tonya, you came from New Orleans and that’s a police department that has had a lot of issues with police corruption and police brutality. How would you assess New Orleans in comparison to Dallas?

I literally started and then about two weeks later, we went into a pandemic so I have not had a chance to fully get into the police department and assessment but what I can say is that there’s a lot of been a lot of good will... There are definitely some good things that are in place. It  has a specialized team that primarily only works on shootings and critical incidents. It has a robust internal affairs division that is made up of (the public integrity unit) and (the internal  affairs unit), and they look at things differently and have  detectives that are experts in those areas and so they definitely seem to have a robust system of things that are going on to assure that investigations of being done properly.

So what’s your assessment of how the Dallas Police Department has handled these protests?

I do have some concerns about it. I have not had a chance to fully talk with Chief Hall about my concerns. I’m not saying that the police should not intervene in situations to keep the public safe. They should but my concern is about the timing of those interactions. Some of the shows of force or the displays of force have actually escalated  some of the situations that have happened and so my hope is to talk with Chief Hall and her ranking officers to talk about the timing of some of those displays of force.

Now when we spoke earlier you said there’s some things you’re looking to do as a result of what you’ve seen during these protests?

I have teamed up with the Dallas Police Oversight Coalition to actually launch a project. It will actually launch tomorrow where we are going to see seeking to hear the stories of people that have been involved in the protests and so we’re going to be working with attorneys, other legal workers and law students to capture this information so that we can learn what it was like for people that were actually out on the streets of the City of Dallas, what their interactions with the police were, what their observations were. We’re also going to be trying to capture photographs, video footage and the hope is that is to come up with a series of recommendations that we will share with the police department and also city officials to talk about ways that we can potentially handle protests differently.

Since the protests began has your office received any complaints and if you have received complaints can you talk about what the nature of those complaints have been?

We have received a lot of complaints. Our phone has been ringing nonstop. Some people really just kind of wanted to tell the story of what happened and then other people have real concerns about how they interacted with the police, and of course none of this has been verified so we have to investigate them. Some of the stories that we’ve been hearing is about the lack of warning when tear gas was dispersed in some of the earlier protests. There’s also been concerns about the lack of warning when rubber bullets and other kind of projectiles were used. People felt that officers, in their words, kind of ramped things up.

How many formal complaints have y’all gotten?

We’re probably in excess of about 50 to 60 right now. We also haven’t had a chance to finish checking all of our voice mails so I’m assuming there’s more. We’re still  going through emails so I’m anticipating several hundred are going to be coming through.

I think change looks like you know really having the community be assured that when ask the police department to do things, for example, investigate their complaints that they feel that they’re done properly. One of the things that I’ve been hearing in my short time being here is that people don’t feel the police are really investigating their complaints. They feel like they’re kind of giving them lip service or just a quick glance over and not doing deep investigations into them…. I think there’s some good will there. There are some things we need to work on, issues that we need to iron out in terms of being able to have true oversight and I’m hoping that not going too much of a battle but we’ll see as time goes.