A Dallas woman is among 11 more women to come forward following an AP report in which eight singers and one dancer accused Plácido Domingo of sexual harassment. 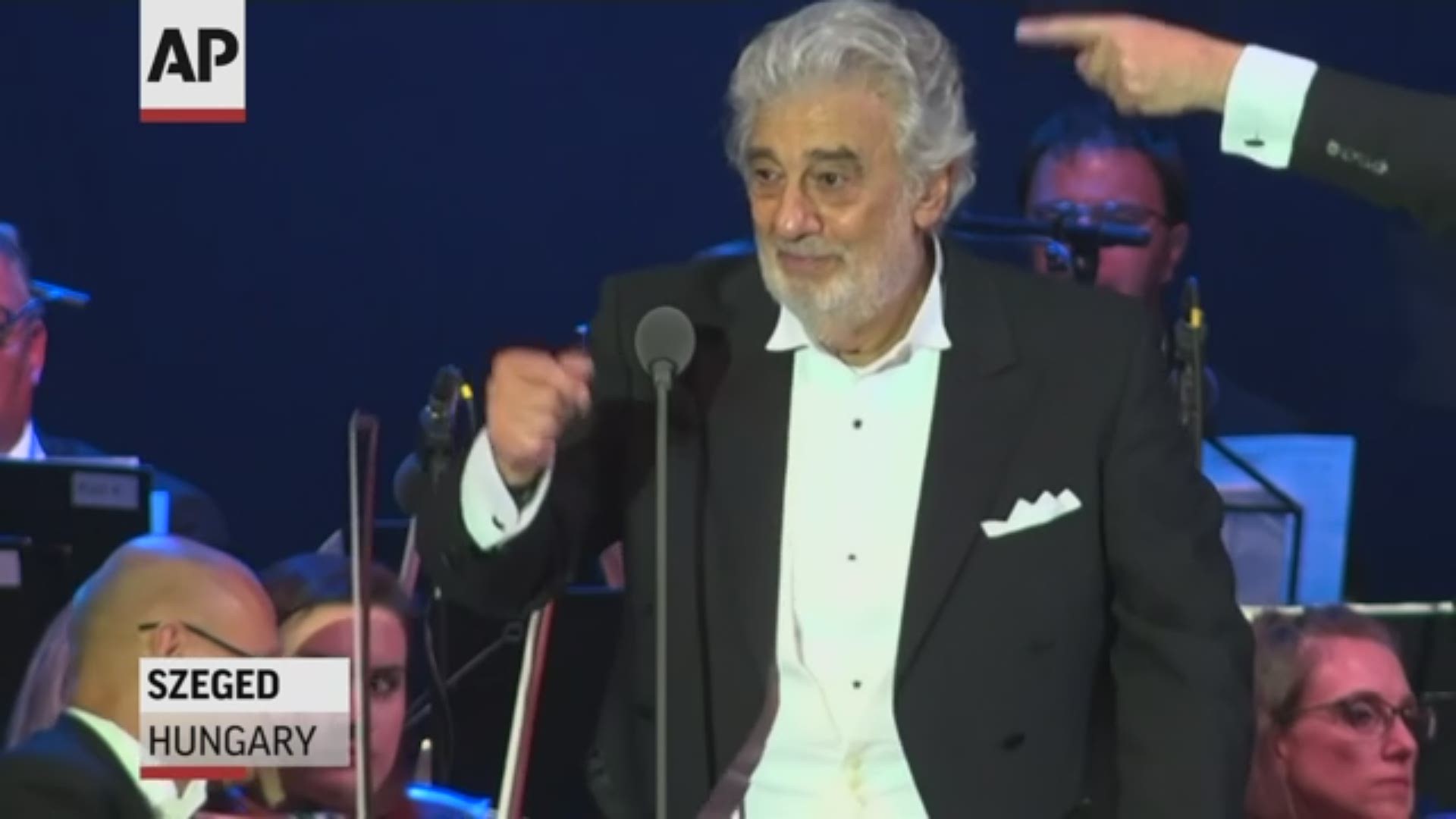 Domingo was scheduled to perform at a gala on March 11, 2020 with the Dallas Opera at the Margot and Bill Winspear Opera House.

In a statement released late Thursday afternoon, the performing arts organization announced the cancelation in "light of ongoing developments regarding allegations made against Plácido Domingo."

Earlier in the day, the Associated Press reported that 11 more women had come forward with accusations of sexual harassment against Domingo, who made his debut in the United States in 1961 at the Dallas Civic Opera.

Angela Turner Wilson, now 48 and a college voice teacher in the Dallas area, was among the 11 who came forward following an Associated Press report on accusations made against the opera singer.

Wilson told the Associated Press she was 28 when she was cast along Domingo in Jules Massenet's "Le Cid," which was also being filmed for broadcast television during the Washington Opera's 1999-2000 season.

Credit: Associated Press
In this Feb. 27, 1984, file photo, singer Placido Domingo laughs with members of the Rockettes at New York's Radio City Music Hall. The singer and dancers met while rehearsing for Channel Thirteen's "Gala of Stars 1984." Nine women in the opera world have told The Associated Press that they were sexually harassed by Domingo, one of the most celebrated and powerful men in opera. The women say the encounters took place over three decades, at venues that included opera companies where he held top managerial positions. (AP Photo/Steve Friedman, File)

But one evening before a performance, she said, she and Domingo were having their makeup done together when he rose from his chair, stood behind her and put his hands on her shoulders. As she looked at him in the mirror, he suddenly slipped his hands under her bra straps, she said, then reached down into her robe and grabbed her bare breast.

"It hurt," she told The Associated Press. "It was not gentle. He groped me hard." She said Domingo then turned and walked away, leaving her stunned and humiliated.

In the August report, eight singers and a dancer told the AP that they were sexually harassed by the long-married, Spanish-born superstar in encounters that took place over three decades beginning in the late 1980s, at venues that included opera companies where he held top managerial positions.

The day that original report was released, the Dallas Opera said in a statement that it did "not intend to take any immediate action while awaiting further developments."

At 78, Domingo still attracts sellout crowds around the globe and continues adding to the 150 roles he has sung in 4,000-plus performances, more than any opera singer in history.

In the Dallas Opera's announcement of the 2020 gala, the company said it was "extremely proud to announce that, after an absence of nearly six decades," Domingo would return to perform. Tickets were scheduled to go on sale on Dec. 1.

Domingo is currently the general director of Los Angeles Opera.

The Los Angeles Opera says it takes new allegations of sexual harassment against Placido Domingo "extremely seriously" but cannot discuss any specific claims because of an ongoing investigation into the star, who serves as the company's general director.