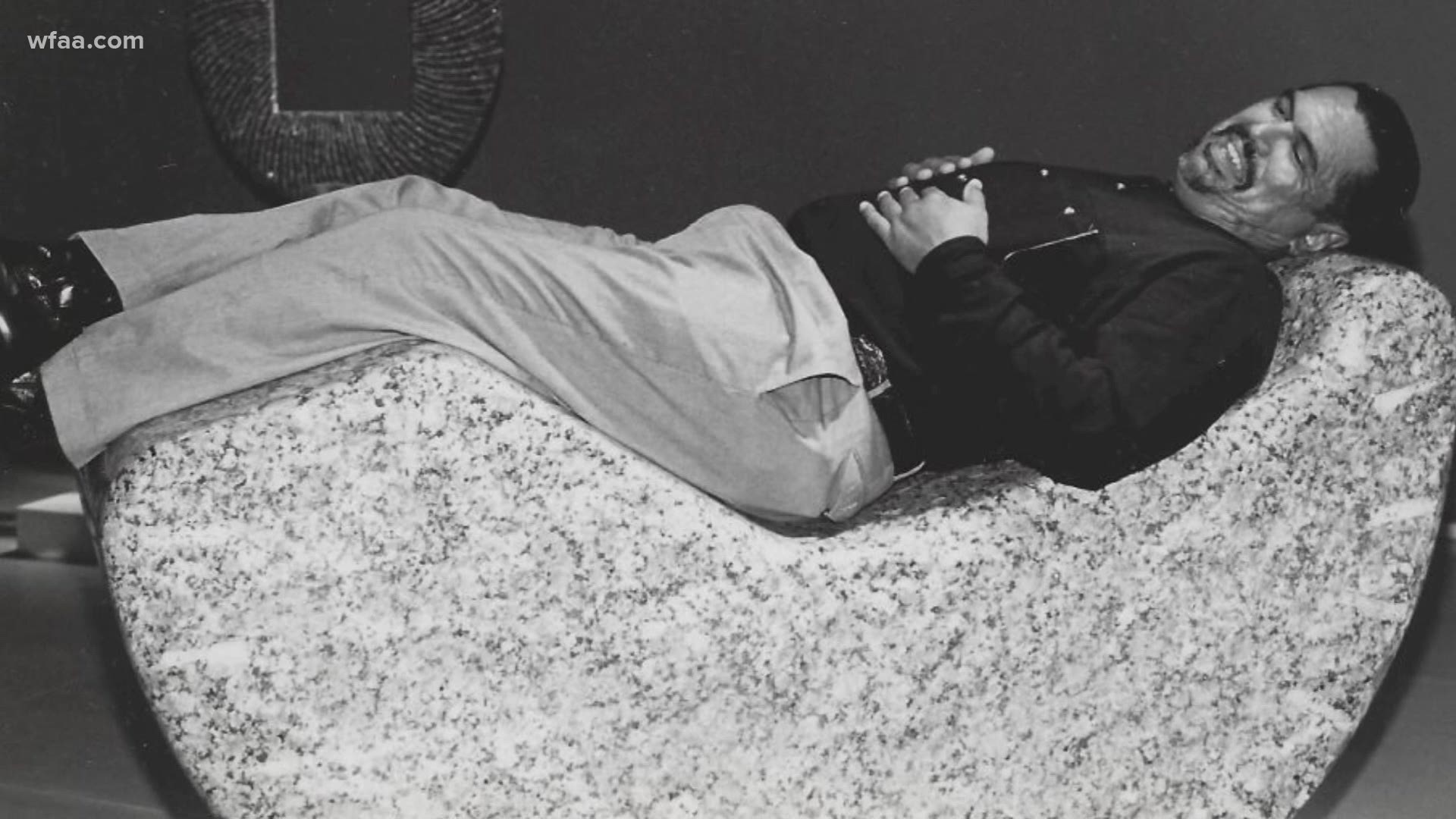 DALLAS — As a child, Jesús Moroles walked to school, just a few blocks from his home in West Dallas. He went to Sidney Lanier Expressive Arts Vanguard of Dallas Independent School District.

His youngest sister, Suzanna Moroles, said he was always good at art. They were eleven years apart in age.

"I didn't realize what magnitude he was going to raise to," she said.

Jesús Moroles grew up to be an internationally renowned sculptor specializing in abstract granite. In 2008, he was awarded the National Medal of Arts. Moroles worked out of his studio in Rockport, Texas. He has pieces of art installed around the world.

In 2015, Moroles installed his final piece at the KPMG Plaza in Downtown Dallas before he died in a car accident.

Patrick said, "They're just these huge columns, and they're so beautiful and stoic. And they just remind me of him, and sometimes I just go there and I hug them."

She admired her uncle, and said it's been hard to find closure since he died.

Roeschley told the family that a long list of names were suggested for a potential name change. The school is currently named after a Confederate poet. He said of all the ideas, they have decided to propose it be renamed after Jesús Moroles. The proposed name change would be "Jesús Moroles Expressive Arts Vanguard".

If approved by the Dallas ISD Board of Trustees, the change would happen in the next school year.

"It's an inspiration to our students to have the name and tell the story," said Roeschley.

Moroles represents the Hispanic community as the son of an immigrant from Mexico. Majority of the students at Sidney Lanier are Hispanic.

He would be a role model and daily reminder for the children, showing them that someone from their neighborhood became a successful artist.

He always loved helping students and young artists. His family is excited to carry on Jesús Moroles' legacy.