"Ron Chapman was truly a member of radio’s Mount Rushmore and he will be missed," a former colleague said. 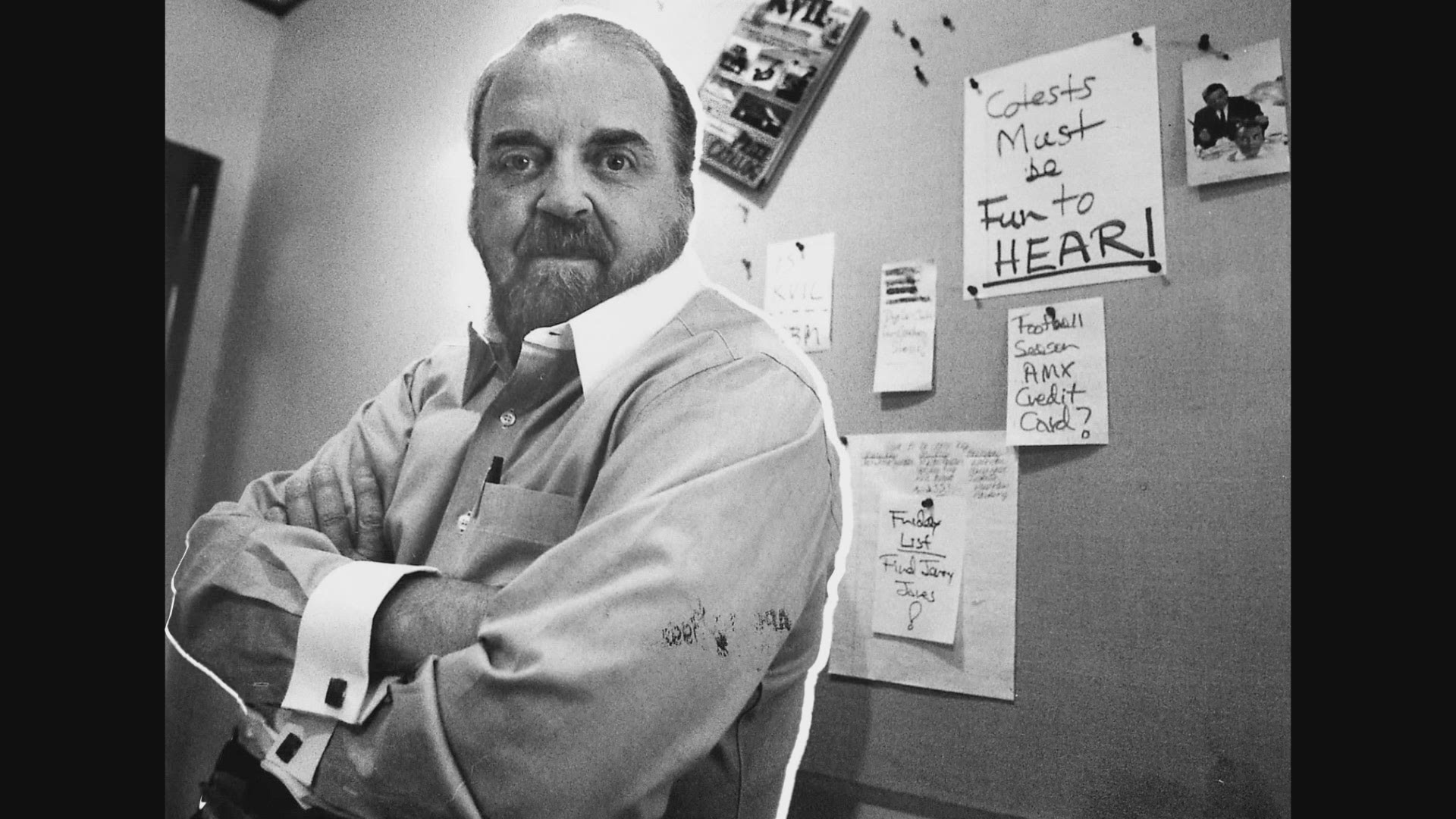 DALLAS — Updated at 9:41 p.m. with more quotes from colleagues.

Dallas-Fort Worth radio legend Ron Chapman has died, officials with his former station KLUV-FM confirmed. He was 85.

Chapman had a storied career, earning him a spot in the Radio Hall of Fame in 2012.

"He was so intense. He saw things in others that we didn't see in ourselves," said long-time colleague at KVIL and KLUV Jody Dean. "His power was his empathy," he said.

He began working in radio in 1953, the day he graduated from high school, according to his bio from the Radio Hall of Fame. Jut six years later, he came to Dallas, where he would stay for the rest of his decades-long career behind the mic.

"He knew what Dallas was thinking before they knew," said long-time colleague Michael Rey.

He joined KLIF in 1959, and then 10 years later became a part of the team at KVIL-FM. Chapman worked as a morning disc jockey, music director and program director during his 31 years with the station, becoming well-known for his stunts.

"If you saw Ron Chapman as a disc jockey you saw only one-tenth of his real personality, talent, and person," said friend and colleague Steve Eberhart.

One such example? Broadcasting live while skydiving.

During the 1960s, Chapman worked at WFAA, hosting "Sump n Else," a teen dance show, and "The Group and Chapman," a lip-sync program.

He moved to KLUV, an oldies station in the metroplex, to close out his career. He was there from 2000 to 2005, when he retired.

Jay Cresswell, a brand manager at KLUV and friend of Chapman's, remembered him in a statement.

“When people fly into Dallas just to hear and copy your show, you know you’re one of the giants in our industry.  Ron Chapman was truly a member of radio’s Mount Rushmore and he will be missed. Our deepest condolences go out to his family and friends.”