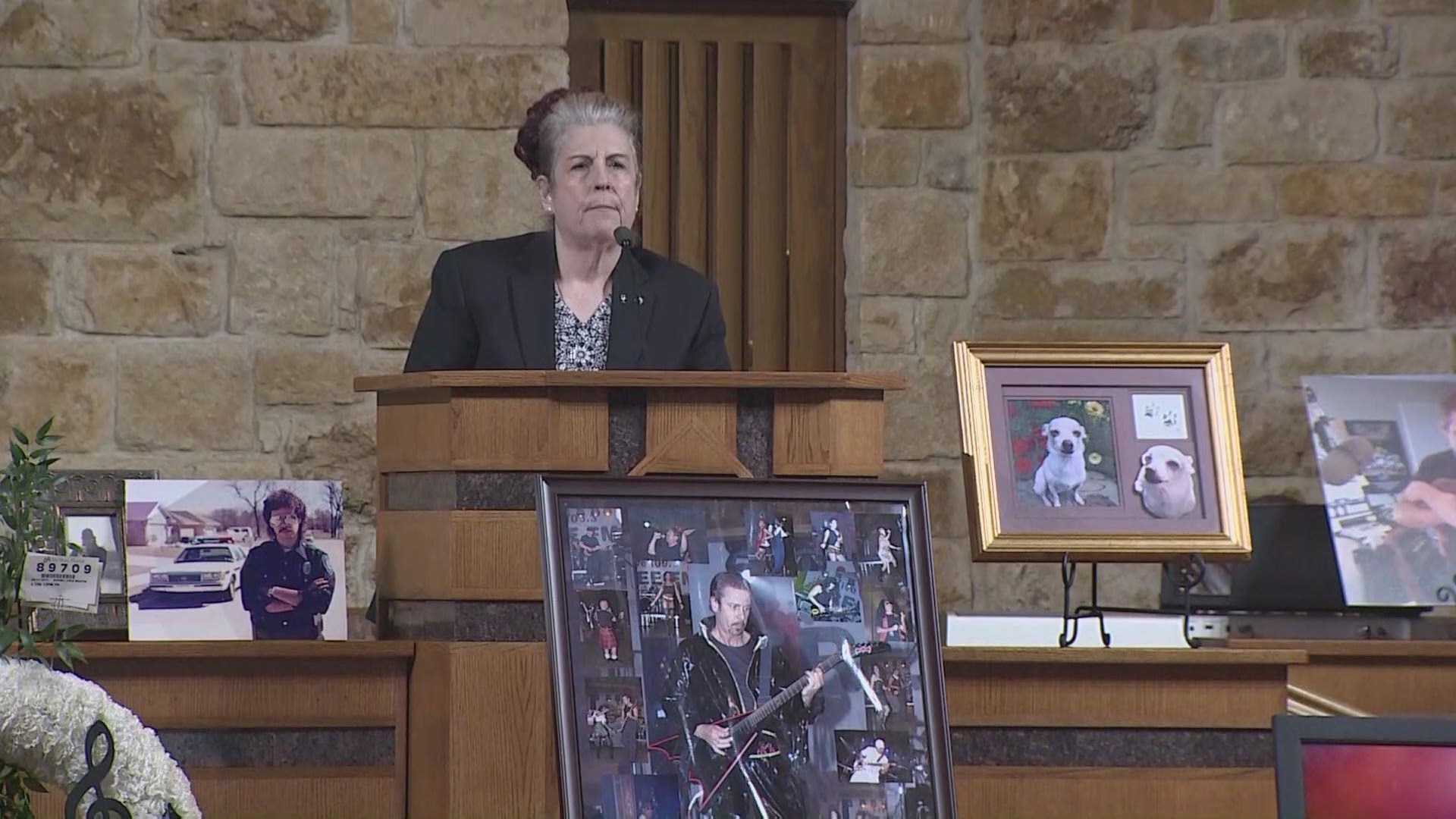 DALLAS — Loved ones of Russ Martin gathered Thursday for the memorial service of the North Texas radio show host. The service wasn't open to the public, but Martin's family gave permission for it to be streamed.

"This is not going to be your normal everyday service,” said Bonnie Watt, as she greeted the crowd. “This is a service of love.”

Martin was 60 years old when he passed away. Authorities said a friend went to check on Martin and found him unresponsive on Feb. 27 at his Frisco home.

Martin was the host of The Russ Martin Show on 97.1 The Eagle. The radio station posted a statement on its website after his death that partially read, "he will be dearly missed & we send our deepest condolences to his family & friends during this difficult time."

It’s with heavy hearts that we announce the passing of 97.1 The Eagle’s Russ Martin. He will be dearly missed & we send our deepest condolences to his family & friends during this difficult time. We’d love to hear your favorite memory of Russ Martin below. #RIPRussMartin pic.twitter.com/cdGBC1XYY9

"Most of what you got from Russ was earned. If he respected you, you earned it. Maybe that’s why so many of us wanted to please him,” said his longtime producer Dan O’Malley.

Hundreds of WFAA viewers also shared their memories of Martin on Facebook following the announcement of his death.

Several of Martin's former colleagues and friends praised his passion for animals.

Many mentioned the charitable spirit that drove Martin to start a foundation called The RMS Listeners Foundation that supports families of Dallas-Fort Worth police officers and firefighters who have died in the line of duty.

"I watched 9-11 happen with him in his living room. And that was about the point when he started the foundation. He was standing there telling me the massive amounts of firefighters and officers who had also just died just trying to serve the community,” said friend Jed Cloud.

Friends said Martin's passion for others will be missed.

"There was a givers heart in that man’s soul,” said Watt.

Supporters said memories of Martin will bring them comfort.