Prisma Reyes, 26, was reported missing on Wednesday to the Mesquite Police Department. 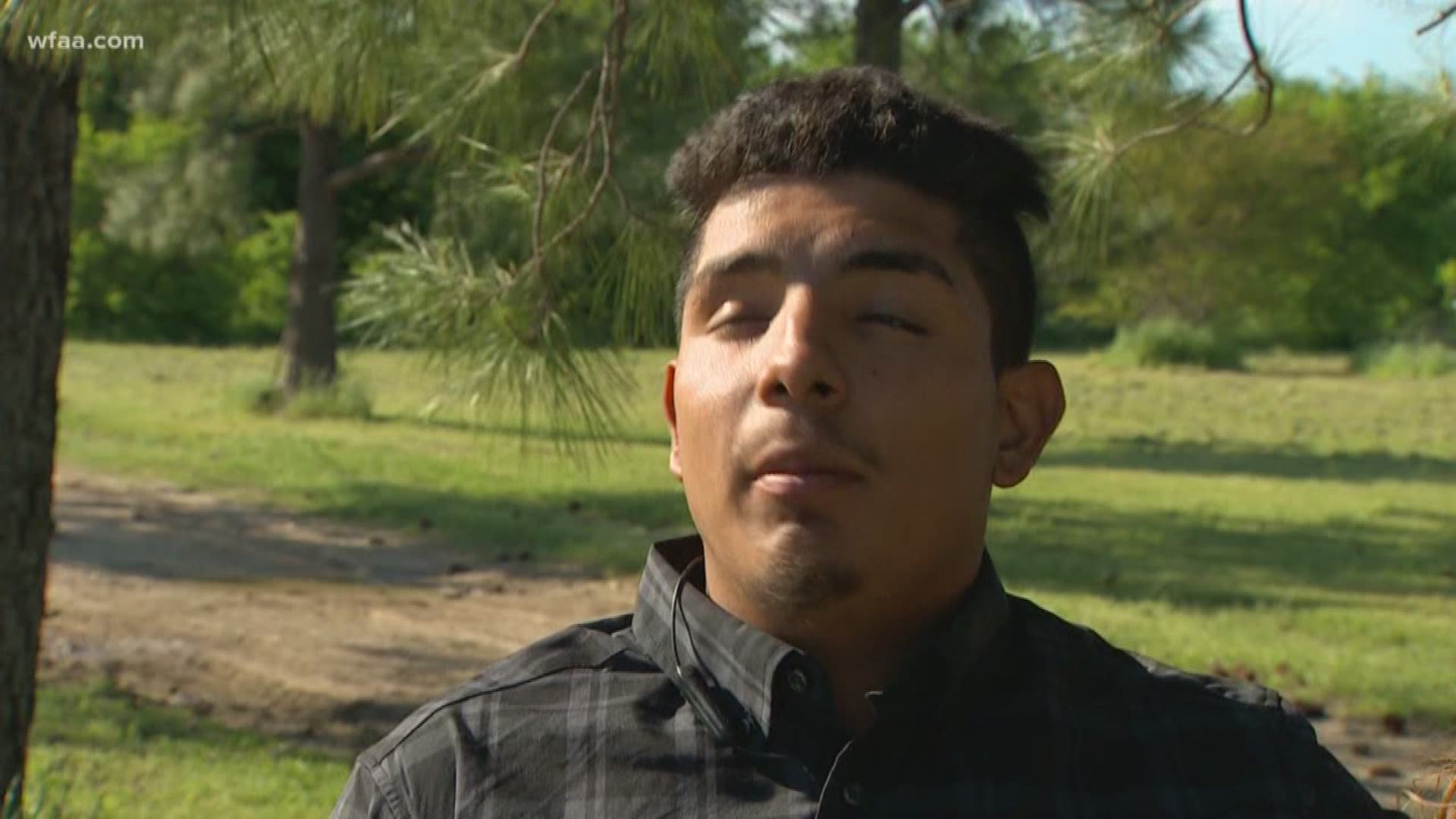 KEMP, Texas — When there are few clues, Rudy Peralta fills his time instead with questions he cannot answer.

“It’s been four days but it already feels like it’s been longer than that," Peralta said. "I want to know where my sister’s at."

Peralta says he spoke with Prisma Denisse Peralta Reyes about a week before her disappearance from Mesquite.  He says it was an unremarkable conversation about work and her busy life as a mom to a 6-year old boy.

"She loves her baby, her kid was her world," Peralta said.

Mesquite Police say something in Prisma’s world changed Wednesday night, when the 26-year old she failed to pick up her son from the babysitter after work.

"I just knew that wasn't her," Peralta said.

Detectives discovered her 2017 Jeep Wrangler fifteen miles away – abandoned at an apartment complex in the 3500 block of Roseland Ave, just east of downtown Dallas.

Prisma wasn’t there and she wasn’t answering her phone.

Then on Friday, Mesquite PD investigators released surveillance video, they are the last known images of Prisma – taken outside an elevator at the complex near Hall & Ross.

Police say they’ve contacted the person she’s on the phone with in the video and interviewed them, but haven’t said anything more.

"I saw that video and it makes me break down," Peralta said. "Knowing that’s the last thing I could see from her.”

On Saturday, Dan Fuchs shared with WFAA the same sense of confusion and concern for his stepdaughter. He scrolled through photos on Facebook posted by Prisma, there were several pictures of them from her childhood. The captions refer to Fuchs as "Dad."

Fuchs said that while he is Reyes' stepfather and now divorced from her mother, he has always loved Reyes and her siblings like his own.

On Wednesday, Reyes was reported missing to the Mesquite Police Department. That night, she didn't pick up her child from the babysitter.

Fuchs was out of town for work, but found out about her disappearance when her brother called him. He said he also received a call from a detective.

"I just haven't come to the reality of it yet," Fuchs said. 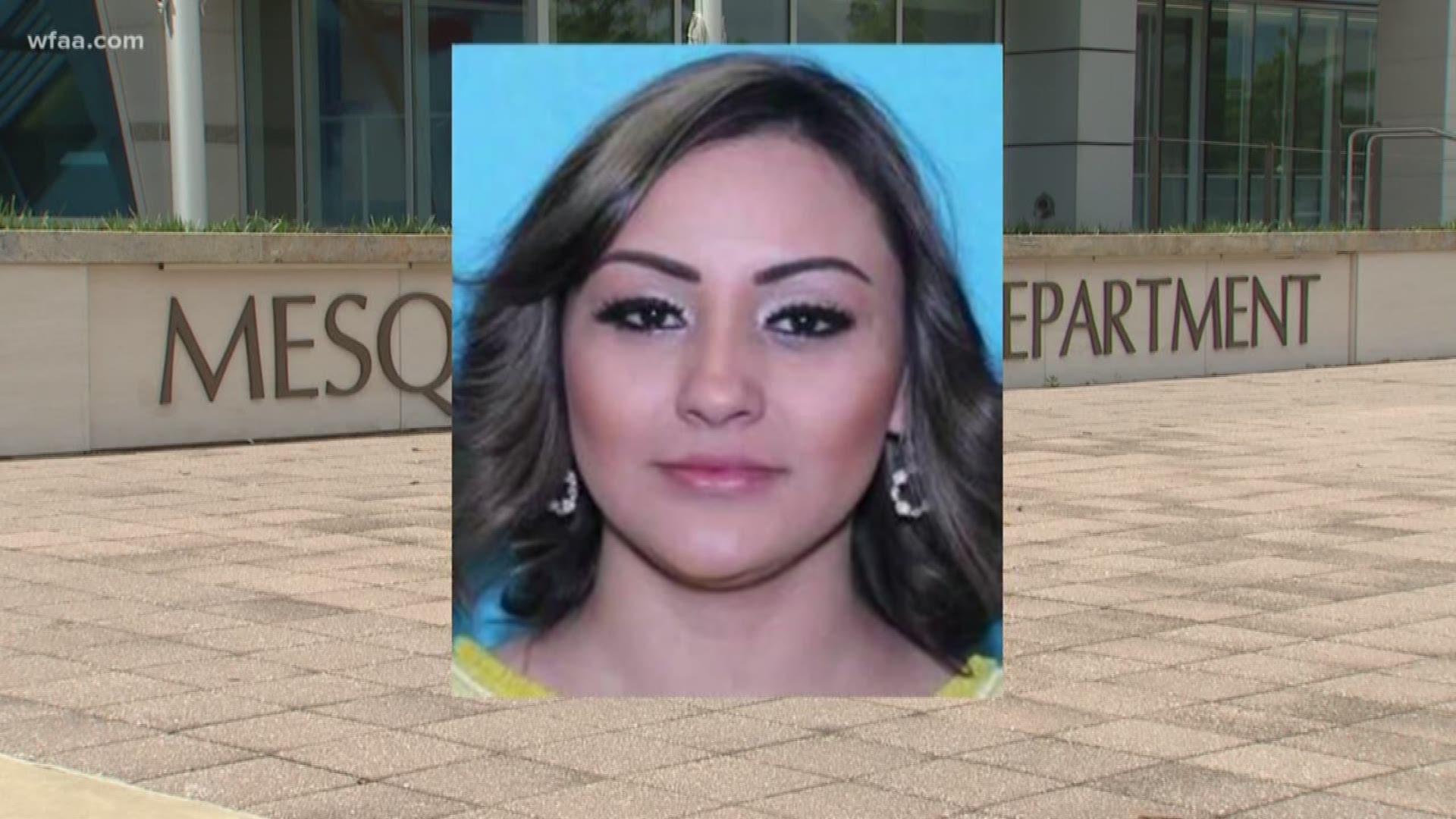 Reyes is 26 years old. She was last seen on surveillance video standing outside of an elevator at an apartment complex in Dallas. Her Jeep was found nearby.

While nothing seemed out of the ordinary about the surveillance footage, the worried stepfather analyzed every movement.

"The way she was floundering her arm, her lanyard, her keys. It's just a trait that she has," Fuchs said. He said he thinks she was upset or in distress.

Fuchs said Reyes would never leave her son without a mother. He also said she loved her Jeep and wouldn't abandon it.

Fuchs last spoke to Reyes on March 20 when he wished her a happy birthday. She responded to his messages saying "Love ya too dad" and "Miss u too."

"Bring her home. That is all I ask," Fuchs said.

Anyone with information about Prisma Reyes should contact the Mesquite Police Department at (972)285-6336.