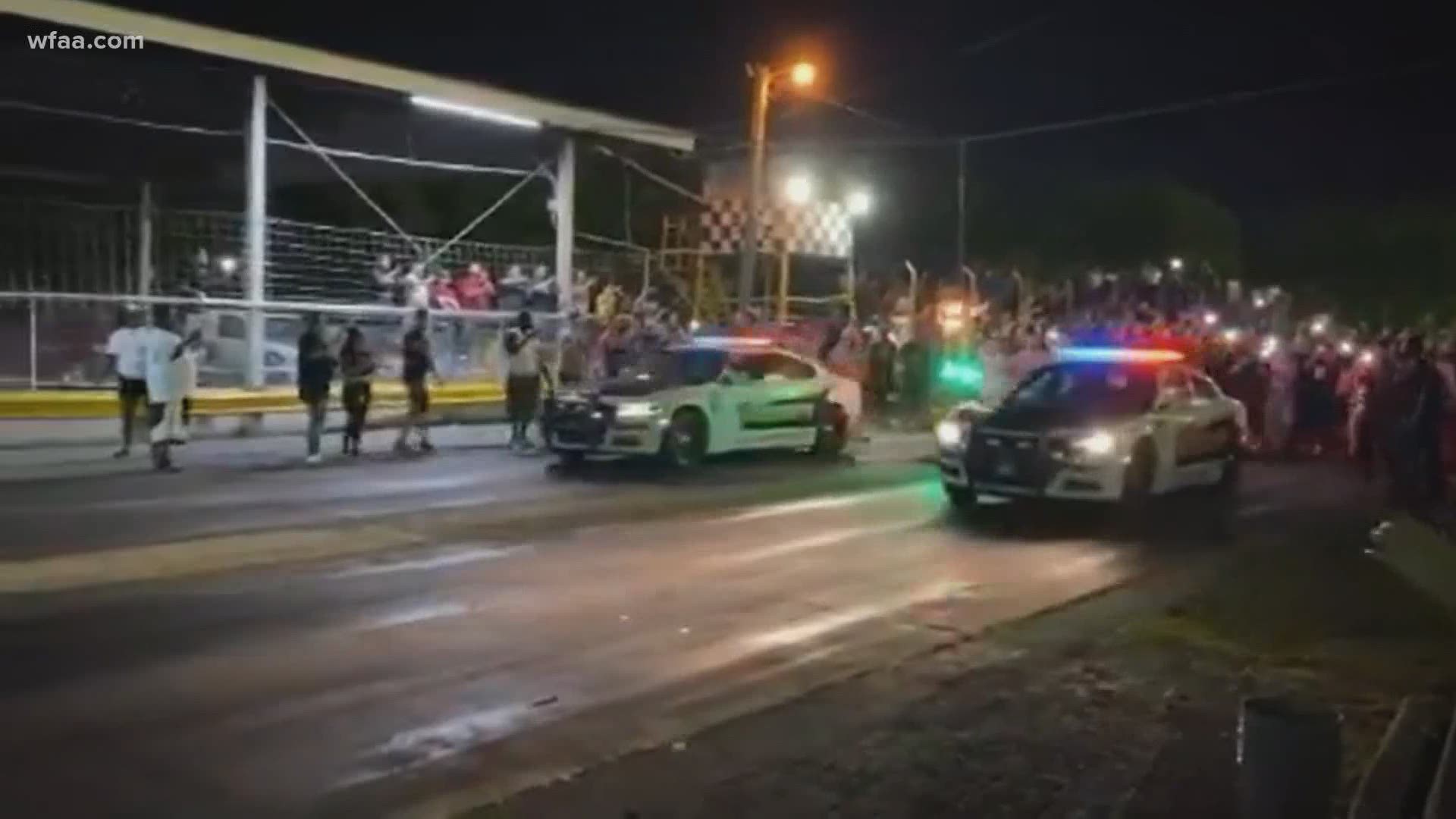 GRAND PRAIRIE, Texas — The Dallas County Sheriff’s Office is launching an investigation into why a couple of its deputies were allegedly racing in their patrol vehicles last week.

The investigation comes after video surfaced of a racing event at Yello Belly Drag Strip in Grand Prairie, Texas on Thursday. Deputies in two patrol cars are seen racing, as a large crowd of spectators cheered and filmed on the sidelines.

A spokesperson from the Dallas County Sheriff’s Office described the race as unsanctioned by administrators. The office learned about the race, on Friday, when videos from the event started getting viral attention online, the spokesperson said.

Some witnesses who were in the crowd described the race as a bonding experience between law enforcement and members of the community.

“In the eyes of the public, we saw it as a sign on positivity, based on [what] we have going on in this country," one participant said. “We don’t think it’ll be right if they got in trouble.”