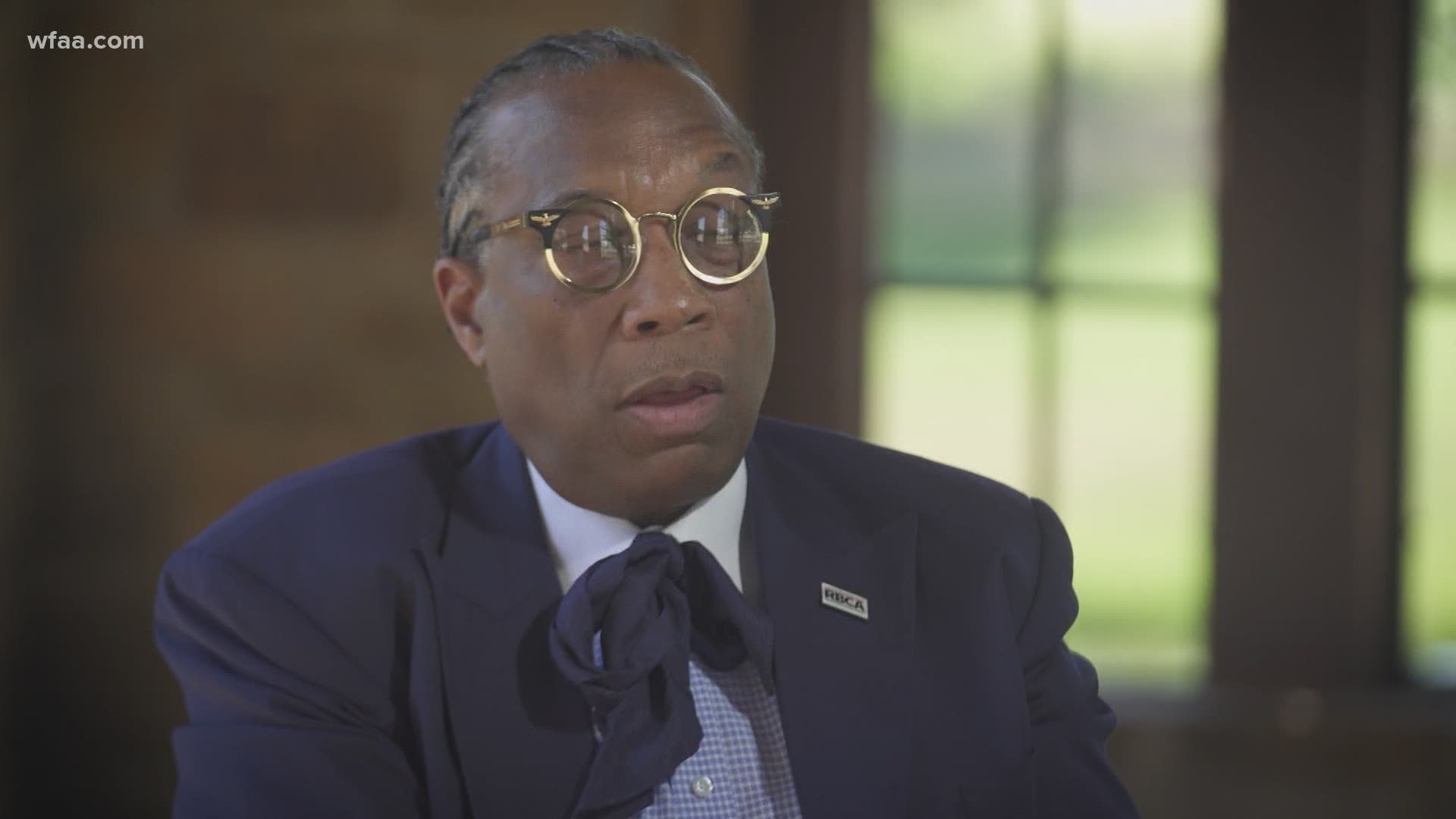 DALLAS — To hear more of our conversation with John Wiley Price, watch Inside Texas Politics this Sunday, June 20 at 9 a.m. on WFAA.

The longtime politician sat down for a rare one-on-one interview with WFAA's Inside Texas Politics this week.

Price, 70, said he wanted to put some things into perspective.

”I feel I’m someone who has kind of been the link in history in this city,” Price said. “New citizens and even some who’ve been here, they deserve to know exactly what’s really going on.”

The commissioner gave his perspective on a variety of important issues, including, a resolution he recently pushed - and his Commissioners Court colleagues unanimously passed - declaring racism a public health crisis in Dallas County.

“Well, I think something concrete will come out of it. If it would have just been John Wiley Price authoring four pages of words, then they’d have said, 'There he goes again,'” Price explained.

The weight of the resolution was based on history and data, including several medical agencies affirming disparities in majority minority communities. Part of the charge in that declaration is for the governor and other state officials to also adopt racism as a public health crisis. Price admitted he is not so optimistic that would happen.

Recent racial and social justice protests after the death of George Floyd was another subject Commissioner Price discussed.

When asked, “Why do you think George Floyd’s killing is sparking a different reaction across the state and across the country?” Price replied, “I wish I knew. I wish I knew.”

Price has been in office 35 years. He is no stranger to protests. In the past, he has been an outspoken critic of police, media and school districts. Price shared some of his concerns about some of the demonstrations happening in Dallas County.

Price offered perspective on other critical issues including COVID-19, health disparities in vulnerable communities, history, his future plans and what he’d like his legacy to be.

“That I didn’t hold back. At the end of the day, I spent all that I had,” Price explained.