Dak Prescott 'will inspire many to get help,' says man whose son died by suicide 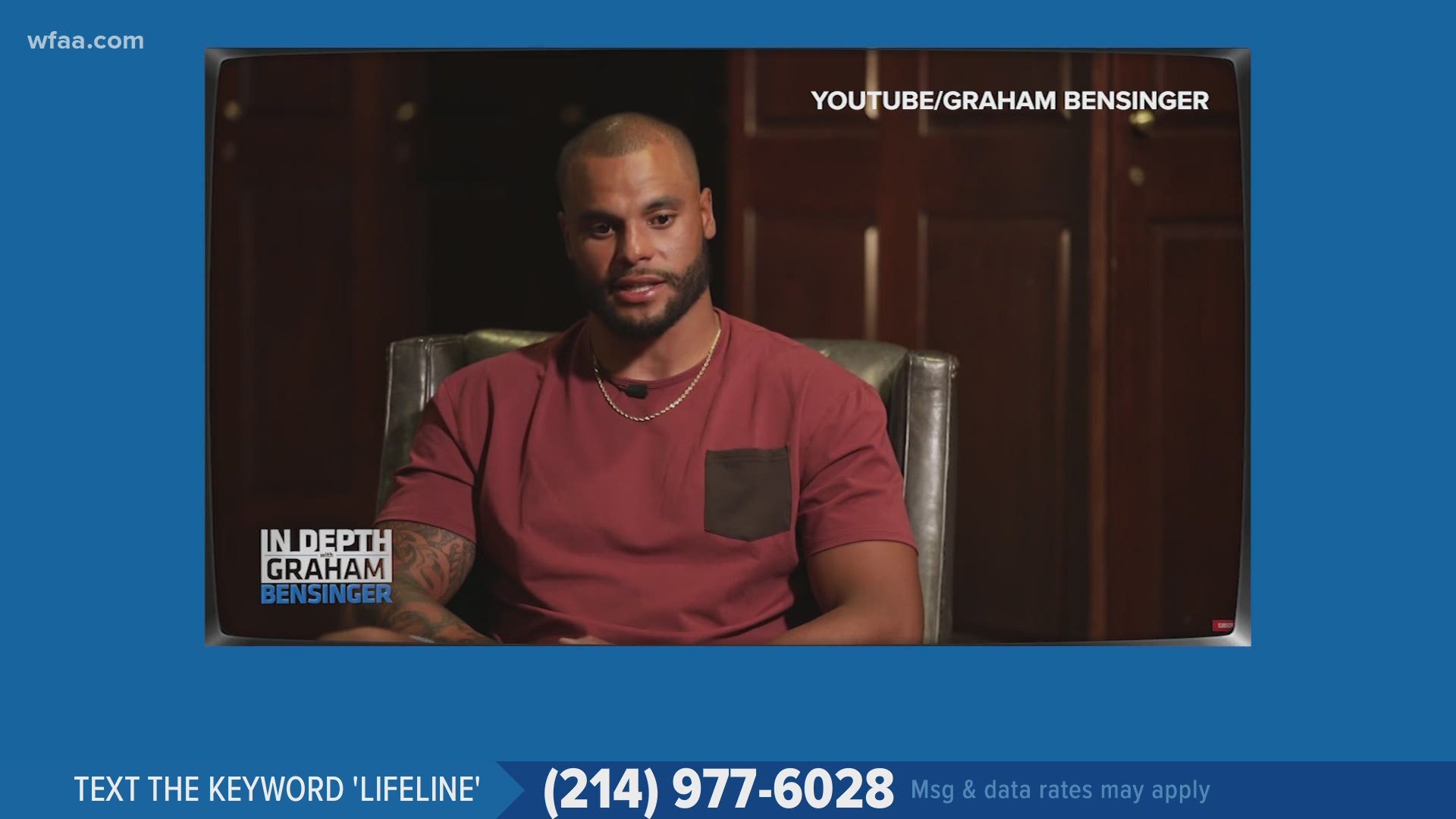 This week he showed what it's like to be a hero off the field.

The captain of America's Team shared that he has experienced depression and anxiety during the offseason.

"I started experiencing emotions I had never felt before, anxiety was the main one. And a couple of days before my brother passed I was going through depression,” Prescott said.

His older brother died by suicide.

Jason Dyke understands the pain of that loss. His 11-year-old son, Carson, died by suicide three years ago.

Dyke said he appreciates Prescott's openness about his mental health.

"He's having a hard time," Dyke said. "Everybody mourns differently and everyone is an individual and it's important we recognize that and give them support regardless of the job they have."

The father started Carson's Village to help others who lost loved ones.

Dyke says he didn't notice any signs that his son was struggling.

Sometimes there are warning signs. Other times there's not, said Jenny Gomez, a licensed counselor who works with KoonsFuller Family Law.

The main thing to look for is if a loved one is acting differently, she said.

It's OK to ask for help.

"Things stink and have been terrible. There are a lot of bad things going on and I hope people understand the importance of talking about it,” Gomez said.

Dyke says the Cowboys quarterback speaking out is powerful and inspiring.

"If he is brave enough and man enough to say, 'Hey I am struggling, my brother had problems,' I think he's going to be an inspiration frankly across the country," Dyke said.