The names of the victims have not been released at this time. 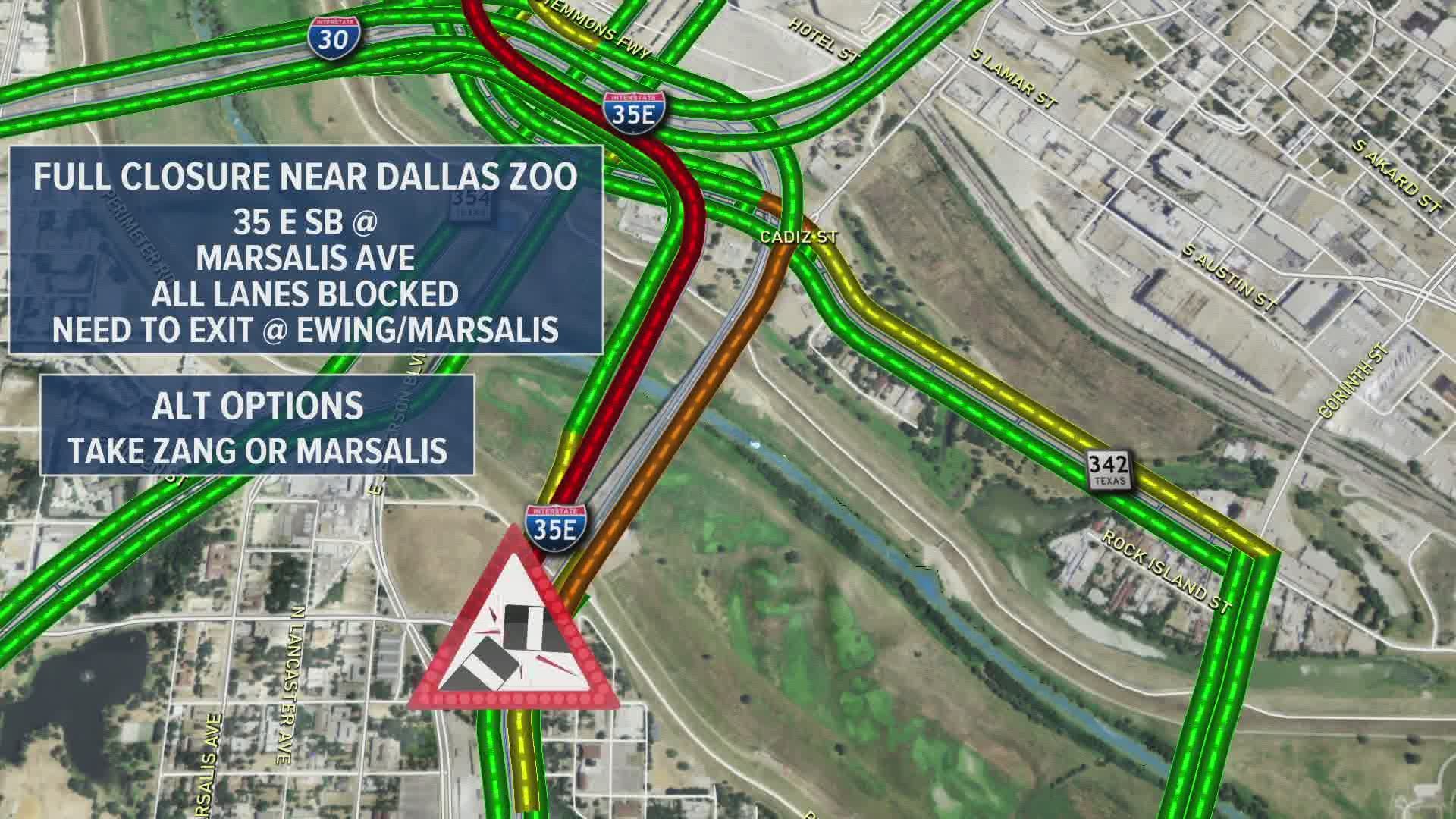 A crash that killed three women prompted crews to shut down I-35E SB near the Dallas Zoo for several hours Thursday morning.

According to the Dallas County Sheriff’s Office, the crash occurred around 5 a.m. on the southbound lanes near South Marsalis Avenue.

Authorities say they received reports of a stalled vehicle on the interstate. When they arrived at the scene, a vehicle with three females inside had been struck by a truck.

Two of the women were pronounced dead at the scene. A third woman was transported to the hospital, where she later died, officials say.

Authorities released the names of the victims Friday morning.

Authorities say the driver of the truck is cooperating with investigators. At this time it is unknown if any charges will be filed.