Boeing announced the job cuts as it reported a loss of $641 million in the first quarter. 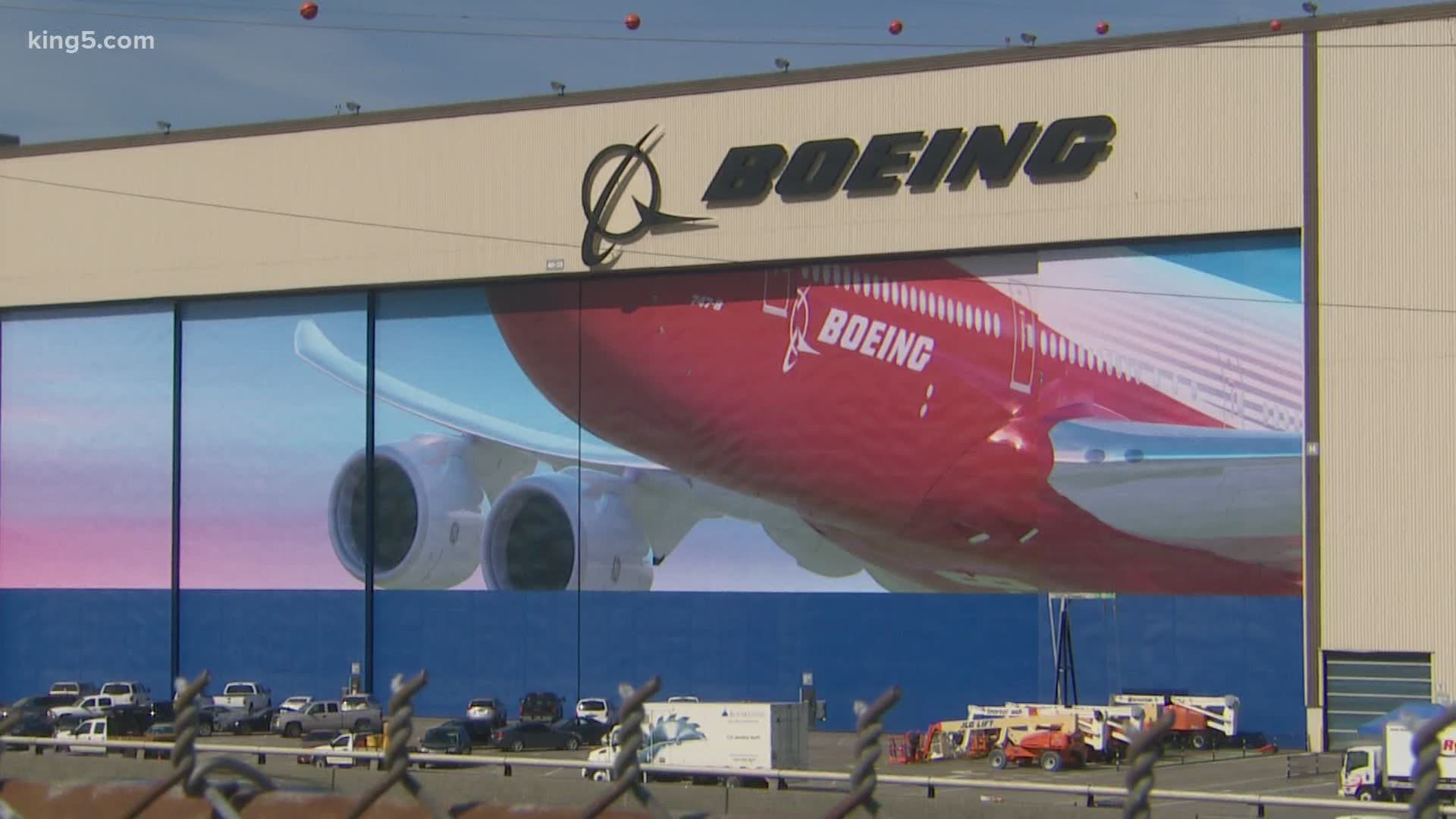 Boeing is cutting about 10% of its workforce and slowing production of planes to deal with a downturn in business that started with the grounding of its best-selling jet and has accelerated because of the coronavirus pandemic.

The Boeing Company said Wednesday it has started to shrink through attrition, paying people to leave, and "layoffs as necessary.”

The company began the year with about 161,000 employees.

Boeing announced the job cuts as it reported a loss of $641 million in the first quarter. It earned $2.15 billion in the same period last year. Revenue fell 26%, to $16.91 billion.

The job cuts will be deepest — more than 15% — in the large division that makes airline jets. Deliveries of those planes has plummeted by two-thirds in 2020, compared with a year earlier. Boeing’s defense and space unit will likely see the fewest jobs eliminated.

RELATED: Boeing CEO: It will take 2 years for travel to be at 2019 levels before coronavirus

“I know this news is a blow during an already challenging time," CEO David Calhoun said in a memo to employees. "I regret the impact this will have on many of you. I sincerely wish there were some other way.”

Calhoun said Boeing will reduce production of its large 787 and 777 jets and slowly resume production of the grounded 737 Max at “low rates” this year, gradually rising to 31 a month next year. Boeing was building 52 Max jets a month before regulators around the world grounded the plane in March 2019 after two crashes that killed 346 people.

Global air travel fell 53% last month compared with March 2019, the largest drop in recent history and a return to levels not seen since 2006, the International Air Transport Association, an airline trade group, said Wednesday. Nearly two-thirds of the passenger jets around the world have been idled, according to aviation data firm Cirium.

Calhoun called the virus pandemic a "body blow to our business,” causing airlines to delay jet purchases and deliveries. With fewer planes flying, Boeing's service business has dropped too.

“The aviation industry will take years to return to the levels of traffic we saw just a few months ago,” he said.

Boeing temporarily shut down assembly lines in Washington state and South Carolina after workers tested positive for the virus. The Seattle-area plants are beginning to resume activity, and workers are scheduled to return to the South Carolina plant beginning Sunday night.

Boeing was in financial trouble before the virus outbreak, however. The grounding of the Max added billions in costs and cut deeply into revenue last year, leading to Boeing’s first money-losing year in two decades. The company faces criminal and civil investigations and a flurry of lawsuits by families of the people killed in the crashes.

Boeing has borrowed billions to get through its worsening situation. The company ended March with $15.5 billion in cash, up from $10 billion three months earlier, but piled on $11.6 billion in new debt, which now totals $38.9 billion.

Boeing is considering applying for a federal loan made possible by last month’s $2.2 trillion virus-recovery measure, but Calhoun has said the company could turn to private sources instead, a move that would avoid giving the government an equity stake in Boeing.

The company has reduced spending, and over the weekend, it terminated a deal with Brazilian aircraft maker Embraer SA, which analysts said will help Boeing conserve cash but weaken its position against rival Airbus in the market for smaller passenger jets.

Shares of Boeing Co. rose more than 4% shortly after Wednesday's opening bell. They began the day down 60% since the start of the year.