The crash, which occurred in the westbound lanes, initially shut down both directions of traffic. 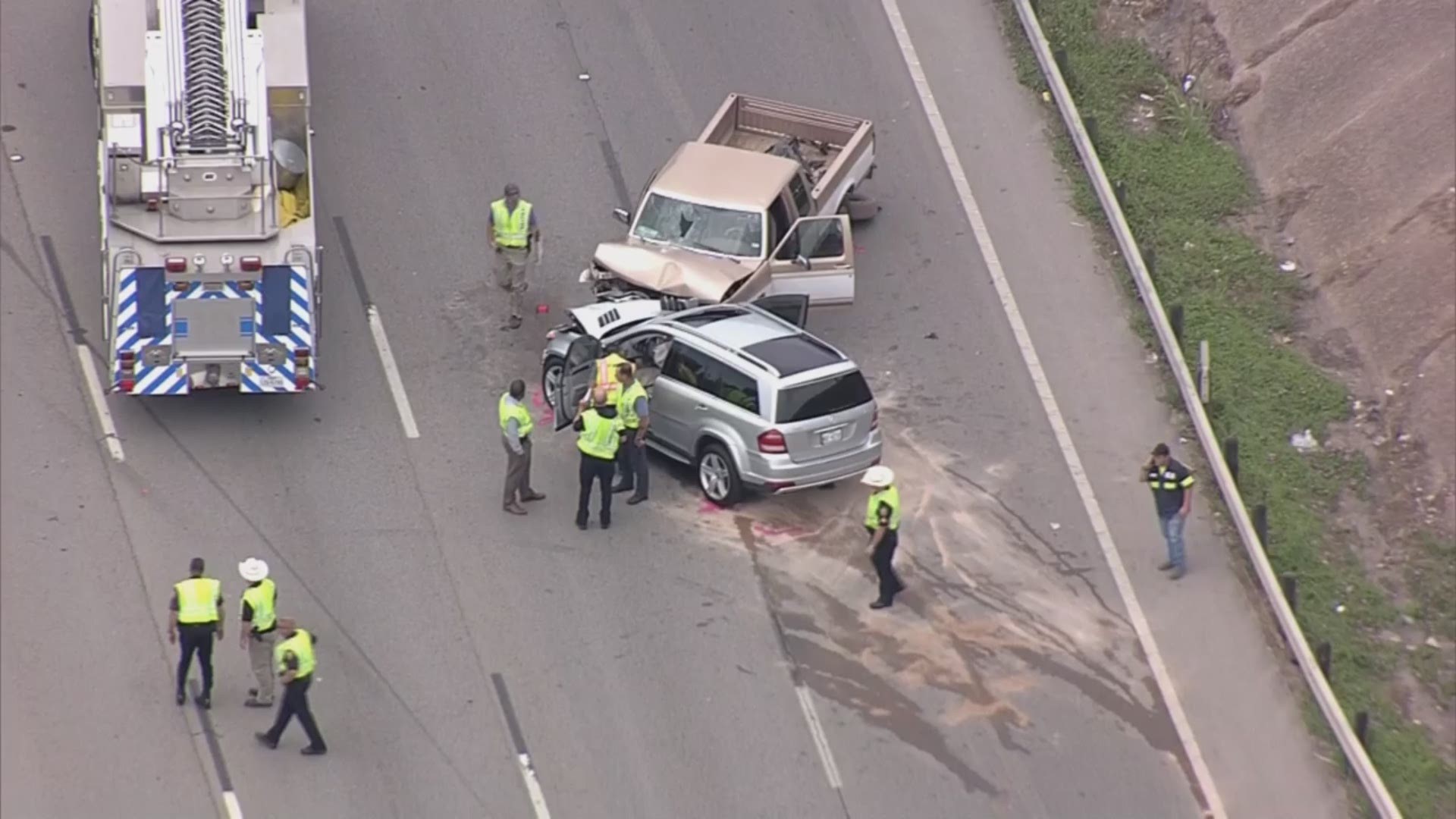 FORT WORTH, Texas — A crash involving a wrong-way driver closed down the westbound lanes of Interstate 30 on Monday, Fort Worth police said.

The wrong-way driver was driving a pickup eastbound on westbound lanes on Monday morning, police said.

The pursuit ended when the pickup collided with a vehicle traveling in the other direction near Hulen Street.

One of the responding officers was injured in a major accident during the pursuit, police said. That crash happened near S Cherry Lane. The extent of the injuries is currently unknown.

Initially lanes were shut down in both directions, but aerial video later showed traffic moving in eastbound lanes.