Residents passing by the new attraction are noticing crews testing some of its state-of-the-art features. 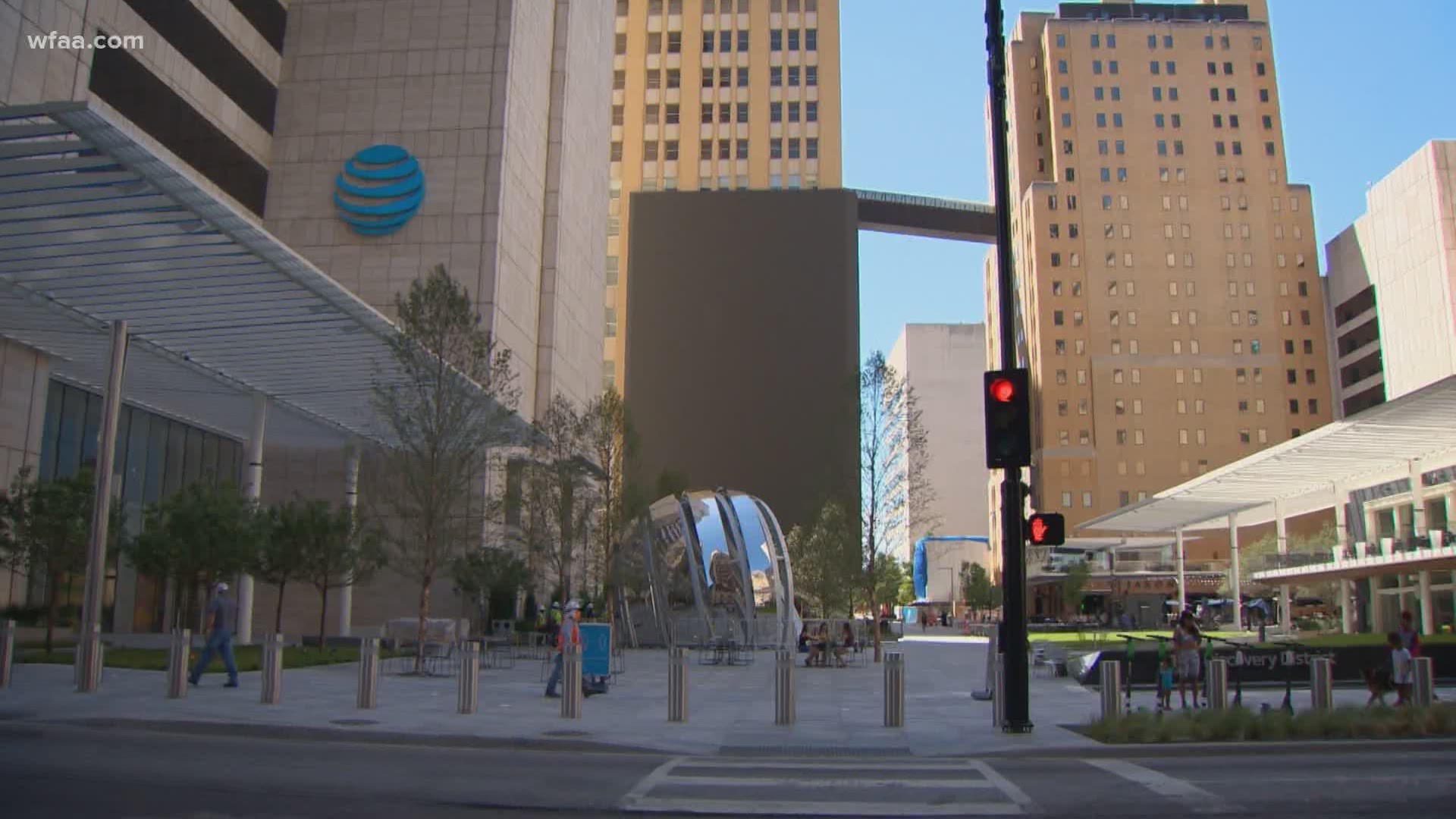 DALLAS — The landscape is changing in downtown Dallas, as the new AT&T Discovery District nears completion near Commerce and Akard streets.

"I think it’s amazing,” said Brandie Thompson, as she and her children walked through the new plaza with their pets on Thursday.

The space is creating quite a buzz. The footprint and some of the center’s new features are already in place.

The AT&T Discovery District is the newest attraction in downtown Dallas. The project has been in the works for about three years. AT&T describes it as a destination where tech, culture, and entertainment meet.

"Downtown is coming to life,” Rui Macias said, as he took in the view.

Among features you’ll see around the five-block AT&T Discovery District is a 30-foot-tall mirrored globe sculpture. It is a representation of the tech giant’s logo and history. The sculpture has 300,000 LEDs for an interactive light and sound experience.

"They test it almost every night. It’s been so many people out here," Thompson said.

There is also a 104-foot media wall at the corner of Akard and Jackson streets, that is sure to catch attention as it brings digital art to life.

"We tend to say that this park seems a little bit like New York,” said Rui Macias.

Fountains anchor the green-space along the plaza. There are seating areas where visitors can relax, dine or just take in the view.

Businesses are already open around the district. The AT&T Experience store is below the media wall. The Cowboy Fit urban gym is nearby. Diners are already indulging at Jaxson Beer Garden.

"I think it’s important. We haven’t had a lot of people come here, downtown. A lot of people are going to Frisco and other places. So, coming downtown to bring a lot more people out here, I think it’s a great thing. I’m really excited about it,” said Thompson.

AT&T Discovery District was supposed to open in May. However, COVID-19 delayed those plans.

AT&T workers say the official grand-opening for the new public attraction has yet to be scheduled.