Linda Randazzo moved to North Texas after September 11, 2001 for a fresh start. She was inside the World Trade Center that morning. 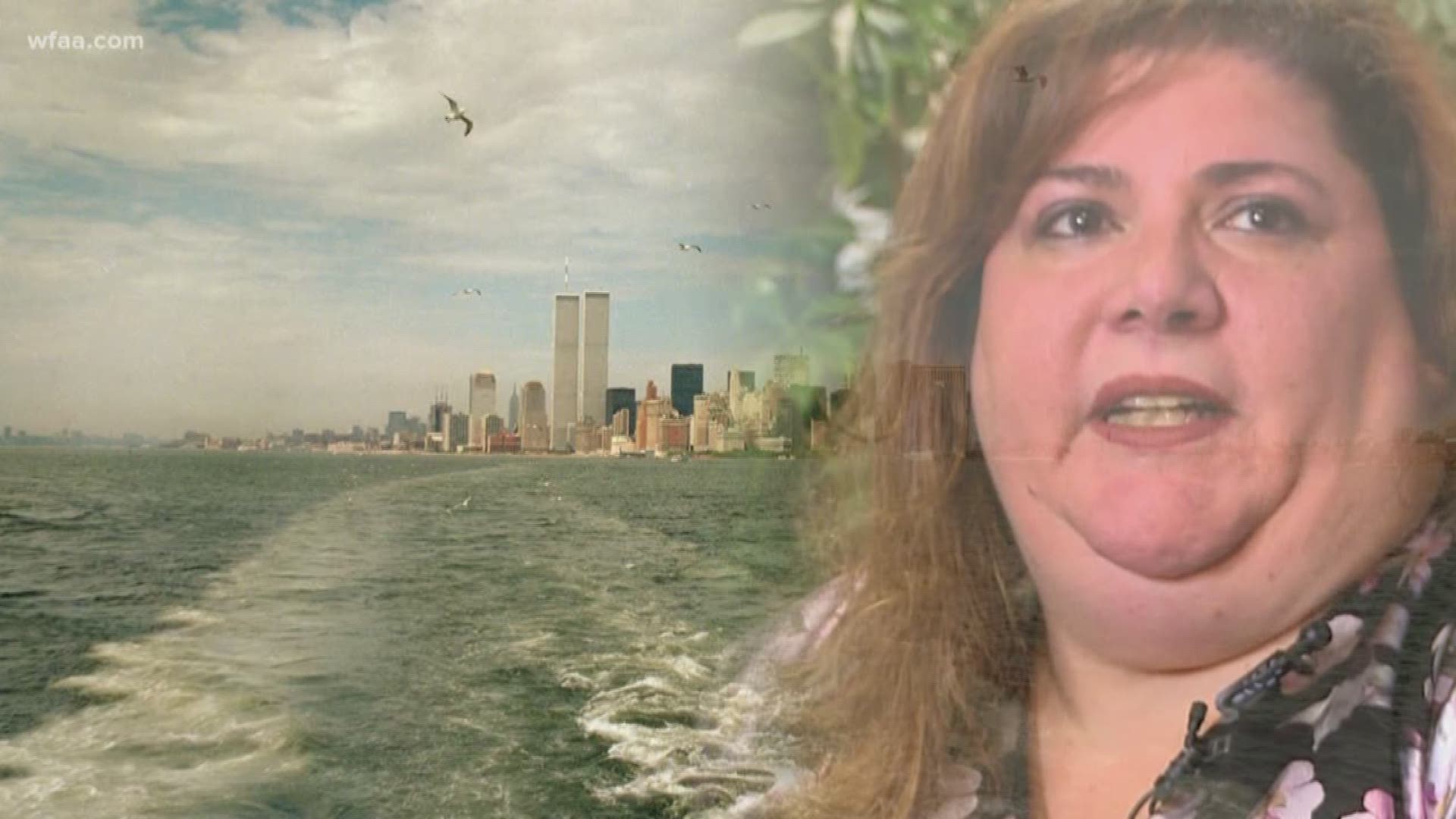 PLANO, Texas — Linda Randazzo was 33 years old on September 11, 2001. She was working at the World Trade Center on the 35th floor. That morning, she needed to get to work early so her husband dropped her off to catch the ferry.

"It was just a normal day," said Randazzo, "Just like any other day. You got up, got dressed, went to work."

She was inside the original One World Trade Center when the Twin Towers were hit.

"My desk moved and slammed against the wall so you knew it was something big. We just didn't know what. We thought a gas line exploded because of the smell. We had no idea it was a plane until we were in the staircase," said Randazzo.

She looked for her best friend who went to the restroom, but couldn't find her. At that point, she and her coworkers needed to get out and took the stairwell down 35 flights of stairs. She remembers being numb from waist down by the time they got to the bottom floor.

"As we were funneling down the steps, the firefighters obviously are coming up, and I won't forget their faces ever," said Randazzo, "In my heart, it's like they knew they were going up and they weren't coming down."

She lost a lot of people in the World Trade Center and thought her best friend was trapped in the building. But when Randazzo escaped, she saw her friend standing outside. It was a moment of relief.

September 11, 2001 is a part of United States history, but it's personal to Randazzo.

"Today is bittersweet because I'm thankful, grateful and very blessed to have made it out of the building, but very sad for everyone that didn't."

She left New York after 9/11 and moved to Texas for a fresh start, but it's a day she will always hold close. She said, "This is a part of my life, but not necessarily me. But it's something that the world shouldn't forget."

Randazzo has spent the last 14 years working at Medical City Plano. She lives in North Texas with her family.