Some of the ROTC cadets participating in Wednesday morning's event were born after September 11, 2001, but still credit the tragedy as their inspiration to serve. 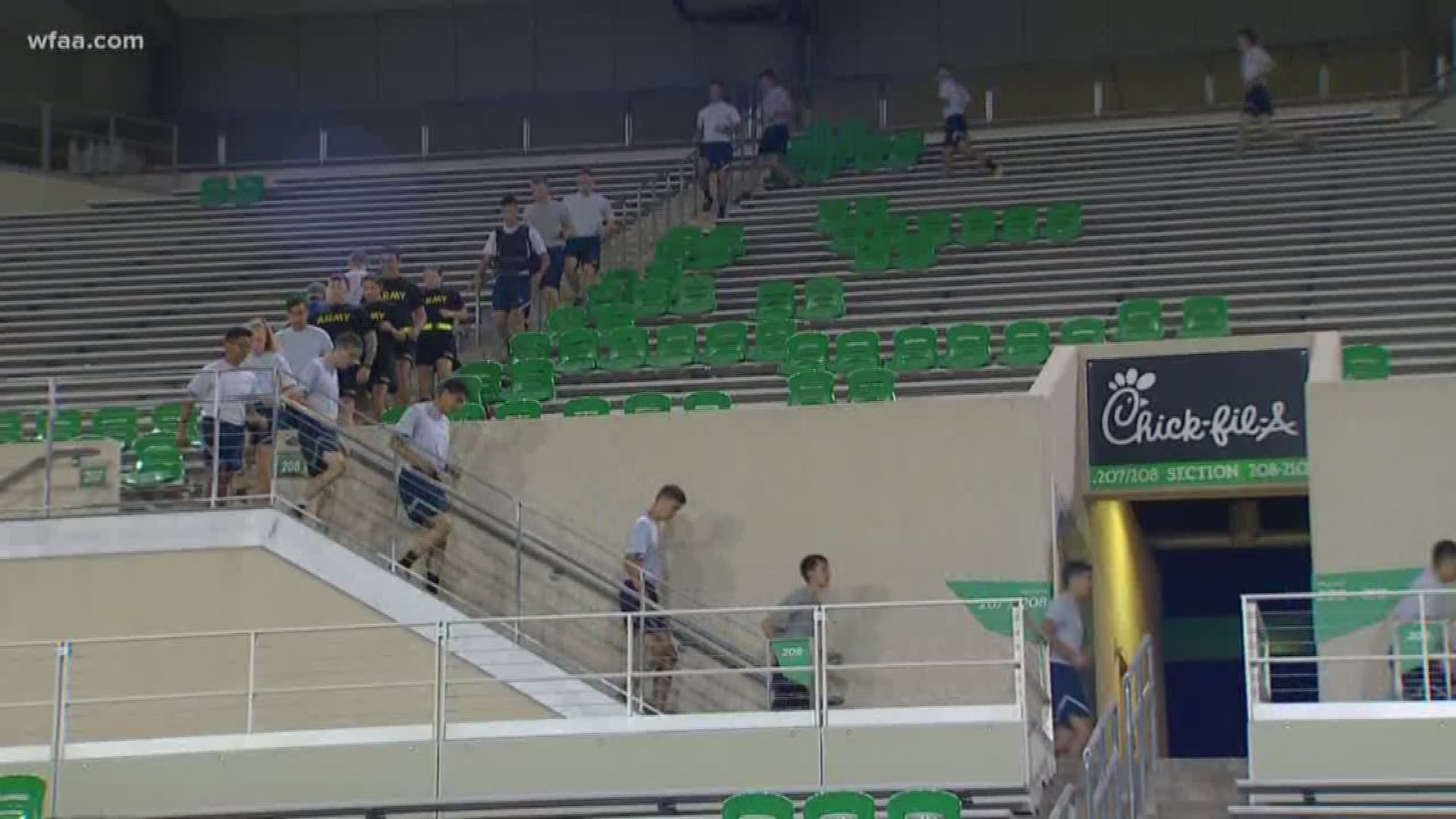 DENTON, Texas — ROTC cadets at the University of North Texas participated in a memorial stair climb on the 18th anniversary of the 9/11 attacks Wednesday.

Cadets ran 110 flights of stairs at Apogee Stadium in Denton.

Some of the cadets were born after Sept. 11, 2001, but still credit the tragedy as their reason for joining the service.

“It’s a real inspiration to all of us young people who want to do something for their country, but just don’t know maybe exactly how,” ROTC cadet Noelle Salgado said. “So we look to the example of others, and we see what they did. And how they did it.”

The stair climb was held to honor the first responders who died on 9/11, paying tribute to the sacrifices they made saving others.

“It’s hard for me to talk about [9/11] because it’s such a devastating event that it’s hard to wrap your mind around, but I want to be able to have the courage, the perseverance, and the teamwork that all those people had,” Salgado said.

Members of the public were invited to purchase tickets and attend Wednesday’s stair climb. A portion of those ticket proceeds will be donated to the Wounded Warrior Project.