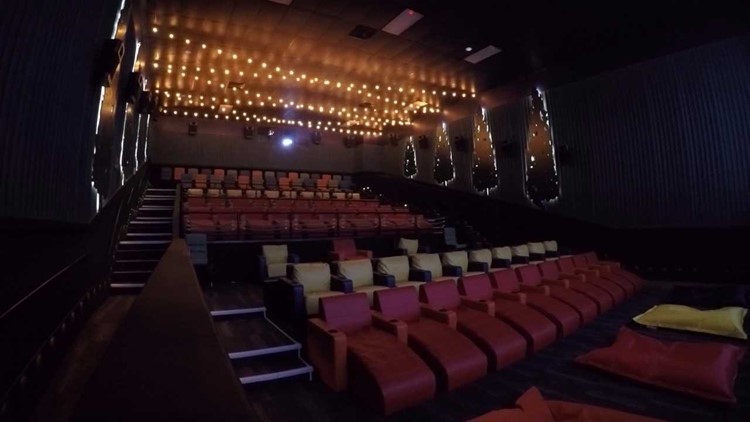 In a move mirroring the rest of the entertainment industry during the coronavirus outbreak, Cinemark is temporarily closing all its theaters beginning Wednesday.

All 345 theaters will be closed in order to promote social distancing for the company's employees and customers, the Plano-based movie chain said in a release Tuesday.

“The decision to close our U.S. theaters was incredibly tough, but we know it is the right thing to do as global coronavirus concerns continue to escalate,” said CEO Mark Zoradi in a statement.

RELATED: Developer moves ahead on second $1.5B mixed-use project in Lewisville

He said the company will closely monitor local and national health recommendations in order to determine when it will reopen.

A patchwork of government mandates have required theaters to close across the country. On Monday, Dallas County mandated all theaters close, amid other local government closures around the country. Tarrant and Collin counties have not placed similar restrictions as of Tuesday afternoon.

Cinemark (NYSE: CNK) said it will also extend reward program expiration dates and is suspending the billing of their monthly subscription services. The company declined to comment further on the closures when asked by the Business Journal on Tuesday.

This comes in the wake of a number of movie chains temporarily shuttering.

Cinemark competitor Regal Theaters announced it was closing all its establishments yesterday, while Austin-based Alamo Drafthouse Cinema has closed all but one location until further notice. AMC Theaters tweeted Tuesday that it will be closing theaters for at least six to 12 weeks.

A Credit Suisse analyst said in a March 6 note that Cinemark is better suited than AMC to weather prolonged closures, citing a stronger balance sheet. Cinemark was still rated "outperform" by Credit Suisse at the time. The company's shares closed at $6.96 on Tuesday, down 31 percent from the day’s open of $10.13.