Some protestors have started to sit at intersections and have been arrested by Fort Worth police.
Author: WFAA Staff
Published: 10:22 AM CDT August 13, 2019

Employees of catering services that supply food on American Airlines flights are protesting Tuesday outside the airlines' headquarters in Fort Worth.

Dozens of workers from Gate Gourmet and LSG Sky Chefs line the sidewalk outside the building, holding signs in their fight for higher wages.The union representing the employees, Unite Here, is demanding the catering business increase pay.

The protestors are wearing red shirts that read, "One job should be enough."

Unite Here says caterers make as little as $9.85 an hour catering the Dallas American Airlines hub, which is not a living wage.

The airlines said in a written statement that the pay dispute is between the union and the employers.

LSG Sky Chefs officials said its federal mediator have been working since May to negotiate with the employee union to improve wages.

"While this is a short period of time to negotiate a complex labor agreement, we feel progress is being made with the help of the federal mediator," the company said in a written statement.

The catering group also said it hopes "will act lawfully as they exercise their right to demonstrate or protest."

American Airlines said in a written statement the company is confident the union representing the employees and LSG will come to an agreement.

"We understand that a new contract will, ultimately, increase the costs to LSG Sky Chef’s customers, including American.  While we are not part of the ongoing negotiations, we urge both LSG Sky Chefs and Unite Here to bargain in good faith and get a deal done," the statement said.

The protest is occurring at the new headquarters for American Airlines. 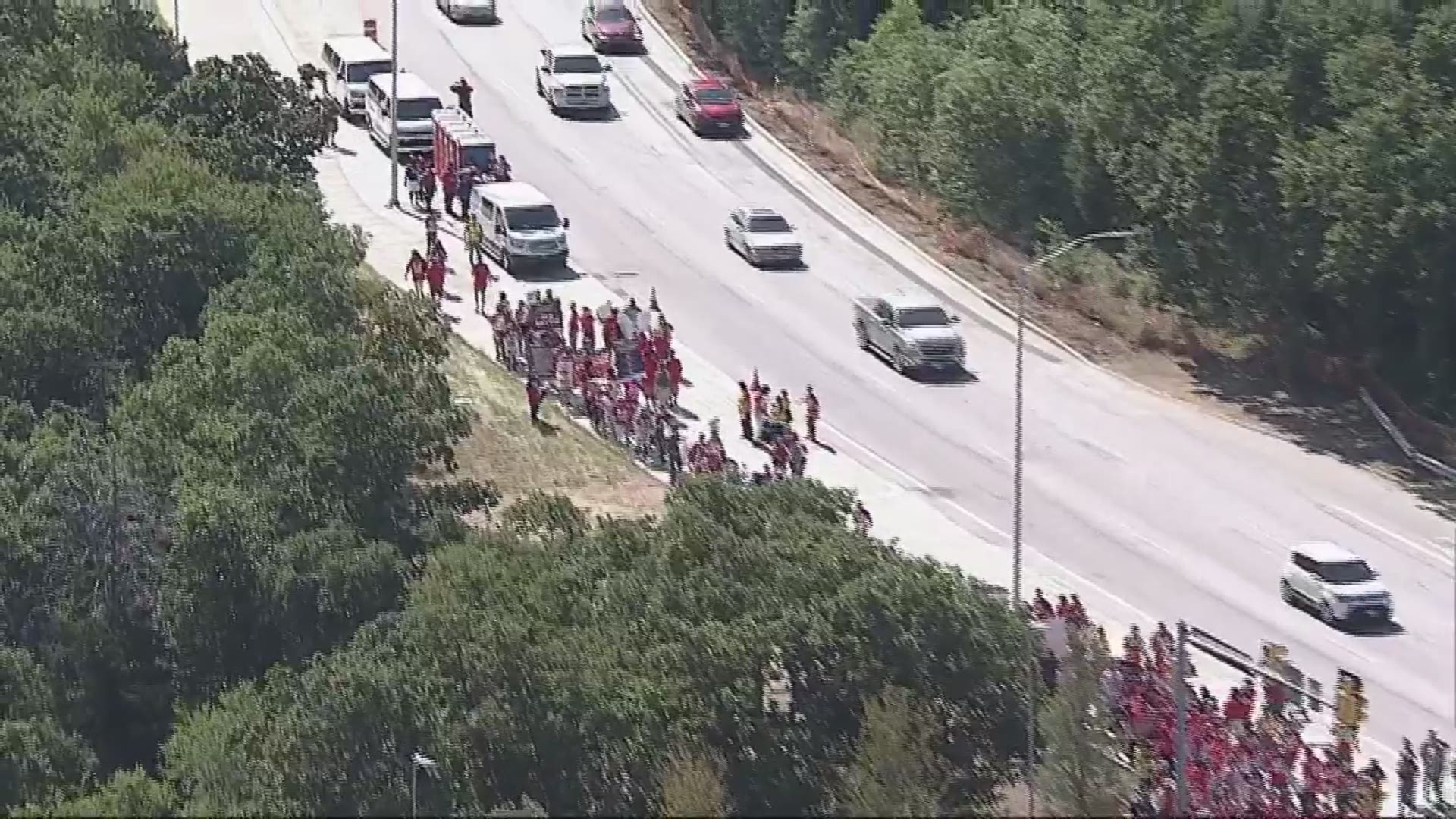