With the truck out of service, the group said it would cause a trickledown effect, leaving families who rely on their meals without food. 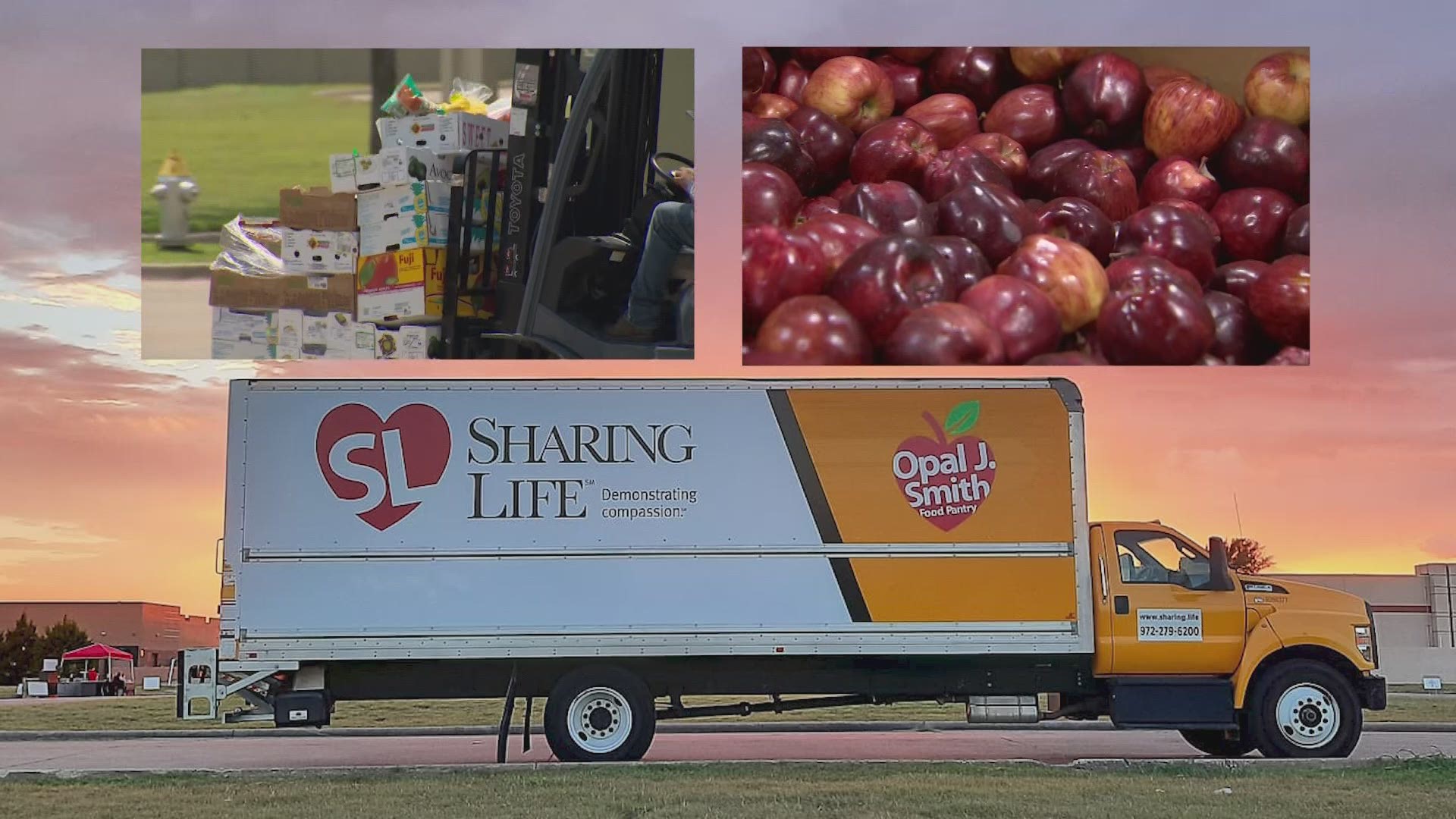 MESQUITE, Texas — A North Texas food pantry is the latest victim of the ongoing catalytic converter theft problem. Now, the Mesquite food pantry is afraid they’re going to run dry, because they can’t get the trucks fixed immediately.

Sharing Life Community Outreach Food Pantry in Mesquite feeds thousands of families a week. But during the overnight hours, criminals stole catalytic converters off of their food trucks.

Teresa Jackson is the CEO of the company. Jackson said the families they’re helping never know where the next meal is coming from. To have the converters stolen has dealt a serious blow.

“We can’t deliver food to partners if don’t have trucks,” she explained.

But Jackson said she's not angry. Instead, her first words to the thieves were, “I want to help you.

“I’m willing to help you," she added. "Did you need rent money? Utilities? Food?"

Jackson said the truck was parked in the back of Lake Pointe Church on Emporium Circle.

Heartless to say the least.

Thieves stole catalytic converters off of a food pantry truck in Mesquite @SharingLifeTx.

Those trucks feed thousands of people in need across Mesquite & Dallas. 🙏🏼

They might run out of food, since the trucks can’t be fixed anytime soon. @wfaa pic.twitter.com/REA4Q8jkSh

The trucks go around to 70 different food organizations, where they’re picking up everything - from apples, to oranges, to meats. It gets distributed, but the food on hand now will likely be gone in less than a week.

It might take days before the food trucks get fixed. And getting a rental truck has been impossible. Because of a shortage in computer chips - needed to operate car systems - used cars and rental cars are also in short supply.

“We called, and no one had a lease available right now, they’re all booked up,” Jackson said.

With the truck out of service, the food shortage will have a trickledown effect. Children in summer school programs rely on the food.

“That food goes into our summer feeding backpacks," she explained. "We provide that food to kids in the summer, who aren’t getting free lunch and breakfast at school."

In the end, though, Jackson said faith will lead the way.

“We are overcomers, because that’s who we are. And, we get things done,” she said.

So, what’s the next step? The food bank is trying to work all of that out now. Anyone who would like to donate can do so at Sharing Life's website www.sharinglifeoutreach.org/donate.