Corey Dill chased the suspect down a nearby alley, falling to the ground as he caught up to them at the getaway vehicle. 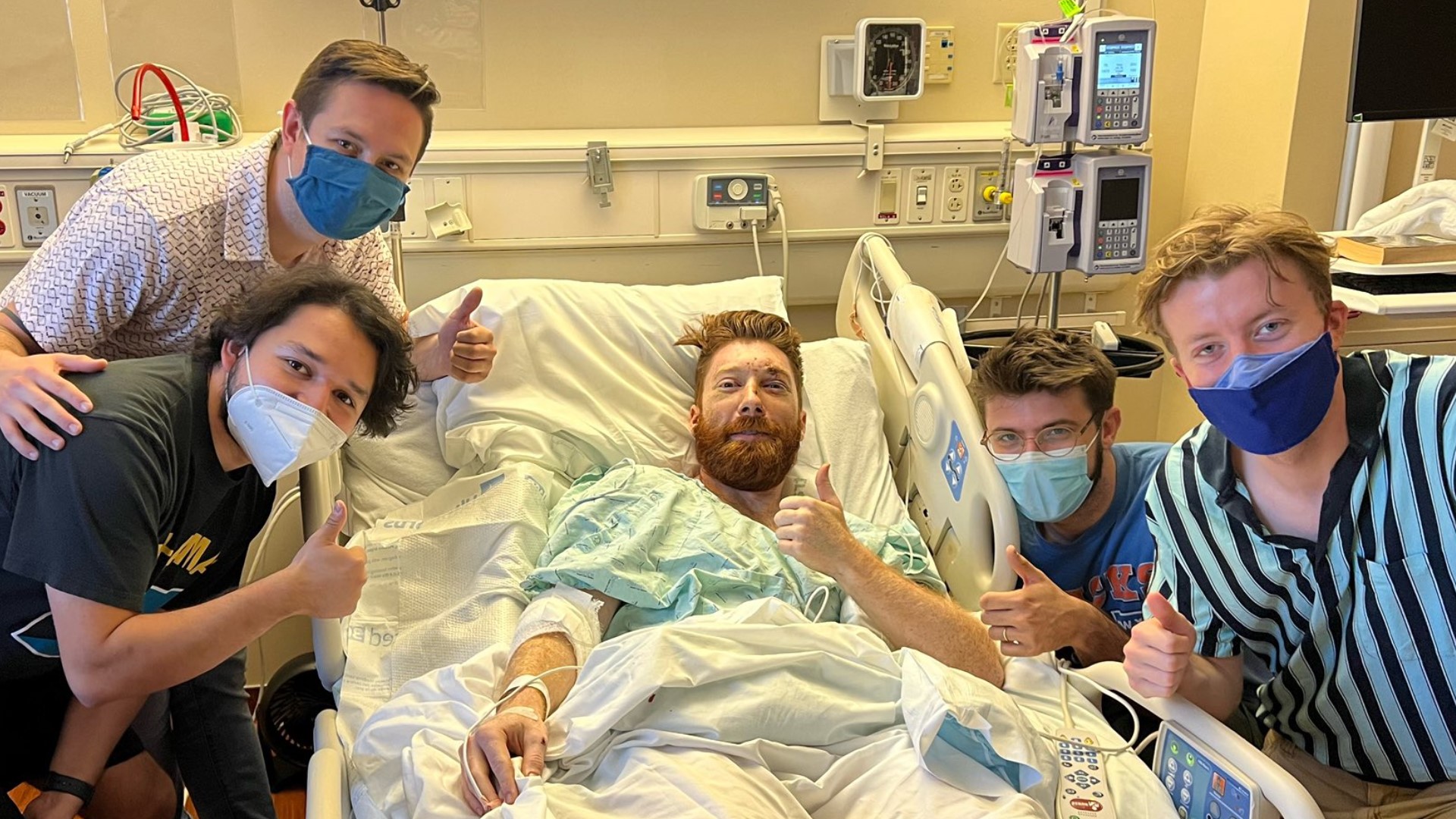 DALLAS — A member of the Indie Rock group Brother Moses continues to recover in a Dallas hospital after a robbery in Deep Ellum last week.

Corey Dill was injured after he was run over by the suspects who robbed the band’s tour vehicle.

Last Tuesday, the band had just returned from a dinner break before their show at Deep Ellum Art Co. located at 3200 Commerce Street.

“They came around this corner, our van was parked right here on Murray Street next to the venue, and they noticed a man leaving our vehicle,” singer James Lockhart said. “And I just think instinctively as they saw this guy leaving our van over here, they just sort of took off after him.”

Dill chased the suspect down a nearby alley, falling to the ground as he caught up to them at the getaway vehicle.

“We can tell via security footage that the back right tire of that truck went over Corey as it left,” said Lockhart.

“We know that he has a fractured pelvis, a fractured clavicle, he sustained internal damage in his pelvic area that they are still addressing. He sustained multiple facial fractures to his temporal bone, his nose, underneath his teeth and he crushed his sinus cavity,” said Lockhart.

Dill remains in the hospital and just had his third surgery on Monday.

As a result of his lengthy hospital stay and many medical bills, members of the band started a GoFundMe account, hoping to help with Dill’s medical expenses. Click here if you would like to donate.

Surveillance cameras were able to capture images of the suspects responsible, as well as the truck they took off in – a black GMC Sierra. The band provided all of that to the police who are investigating.

So far, there have been no arrests.

After Dill’s injury, the band put the tour on hold.

“It certainly makes us hold each other a little closer and protect each other as much as we can,” said Lockhart.