Mark Forkner was indicted Thursday by a federal grand jury, accused of deceiving safety regulators who were evaluating the plane. He appeared before a judge Friday. 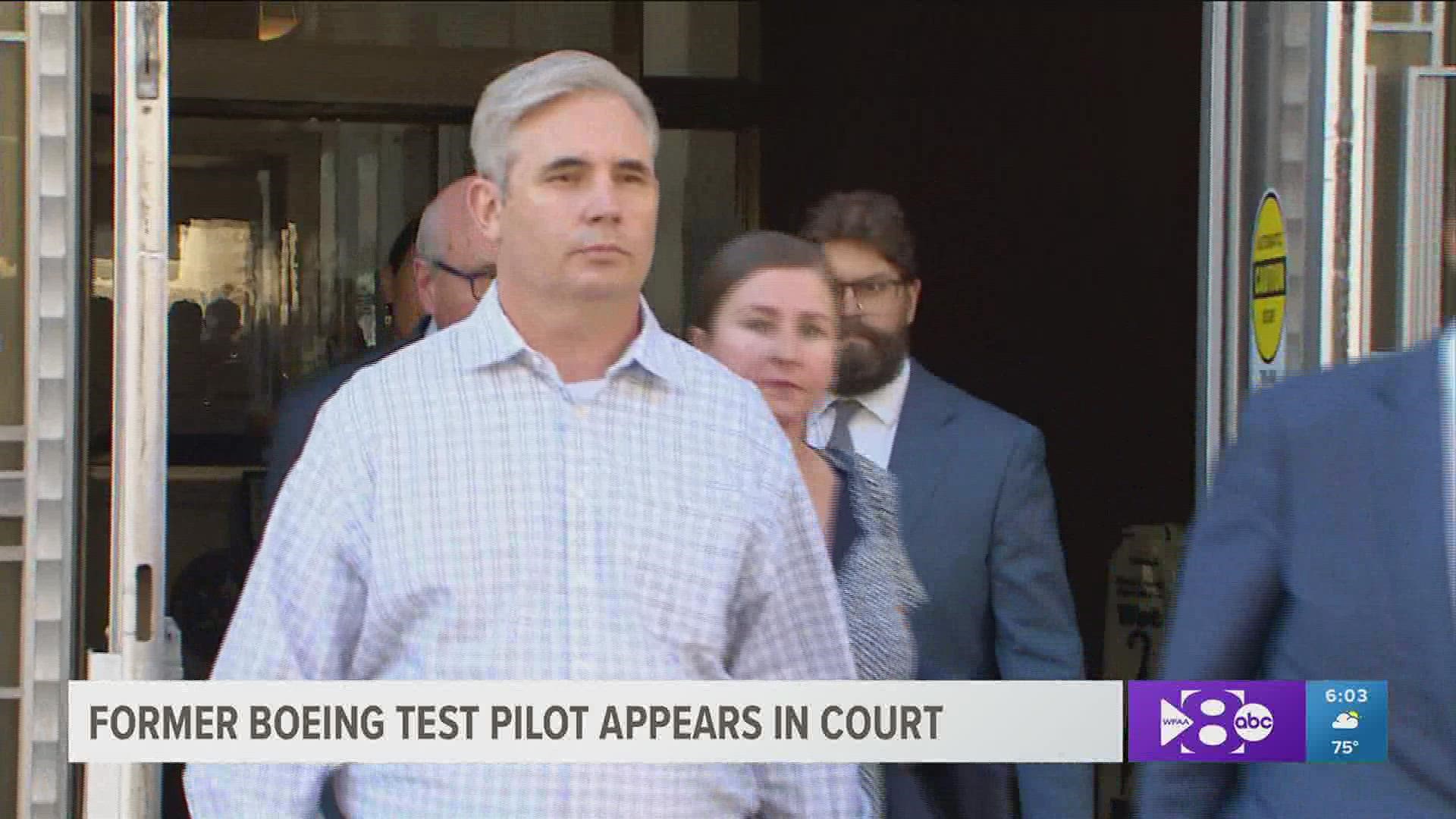 FORT WORTH, Texas — The Boeing test pilot who was indicted related to his work in evaluating the 737 Max jetliner, the same model that was involved in two deadly crashes, made his first appearance in a federal courtroom in Fort Worth, Texas, Friday.

Mark Forkner was indicted Thursday by a federal grand jury and accused of deceiving safety regulators who were evaluating the plane.

Forkner pleaded not guilty in front of a federal judge, Friday, and after the appearance, he was released pending a trial on Nov. 15.

The indictment accuses Forkner of giving false and incomplete information to the Federal Aviation Administration about a flight-control system on the plane, the Maneuvering Characteristics Augmentation System (MCAS).

The control system was implicated in the crashes. It pushed the noses of the planes down, and pilots were unable to regain control.

Boeing turned over those messages to federal regulators, who called them “concerning.”

In the five-year-old text messages, Forkner told a Boeing co-worker that he experienced problems with the MCAS during a flight simulator session. MCAS was designed, in part, to prevent the MAX from stalling in certain situations.

In additional messages, Forkner said, “So I basically lied to the regulators (unknowingly) about MCAS.”

“Forkner allegedly withheld crucial information about the Boeing 737 MAX and deceived the FAA, showing blatant disregard for his responsibilities and the safety of airline customers and crews,” said Assistant Director Calvin Shivers of the FBI. “The FBI will continue to hold individuals like Forkner accountable for their fraudulent acts which undermine public safety.”

Nearly 350 people combined were killed in two crashes of the MAX planes in Indonesia and Ethiopia, with the MACS system implicated as the cause.

WFAA crews were there as Forkner and his wife left the court on Friday. His defense team said that "the truth will show that Mark did not cause this tragedy."

"Mark did not lie, and Mark should not be charged," said attorney David Gerger, adding that they've asked for other witnesses to come forward so that the former test pilot "won't be the scapegoat."

An attorney representing families of the crash victims said he doesn't want to see Forkner become the "fall guy," either.

"Yes the families are happy that he has been indicted," Robert Clifford told reporters. "But they also believe this indictment should spark further criminal inquiry to possible misdeeds by others."

Gerger said when the case goes to trial in November, he will argue that others should be on trial with Forkner.