"He was larger than life and will be missed. Our condolences to his family and loved ones," the State Fair of Texas team wrote in a statement Saturday. 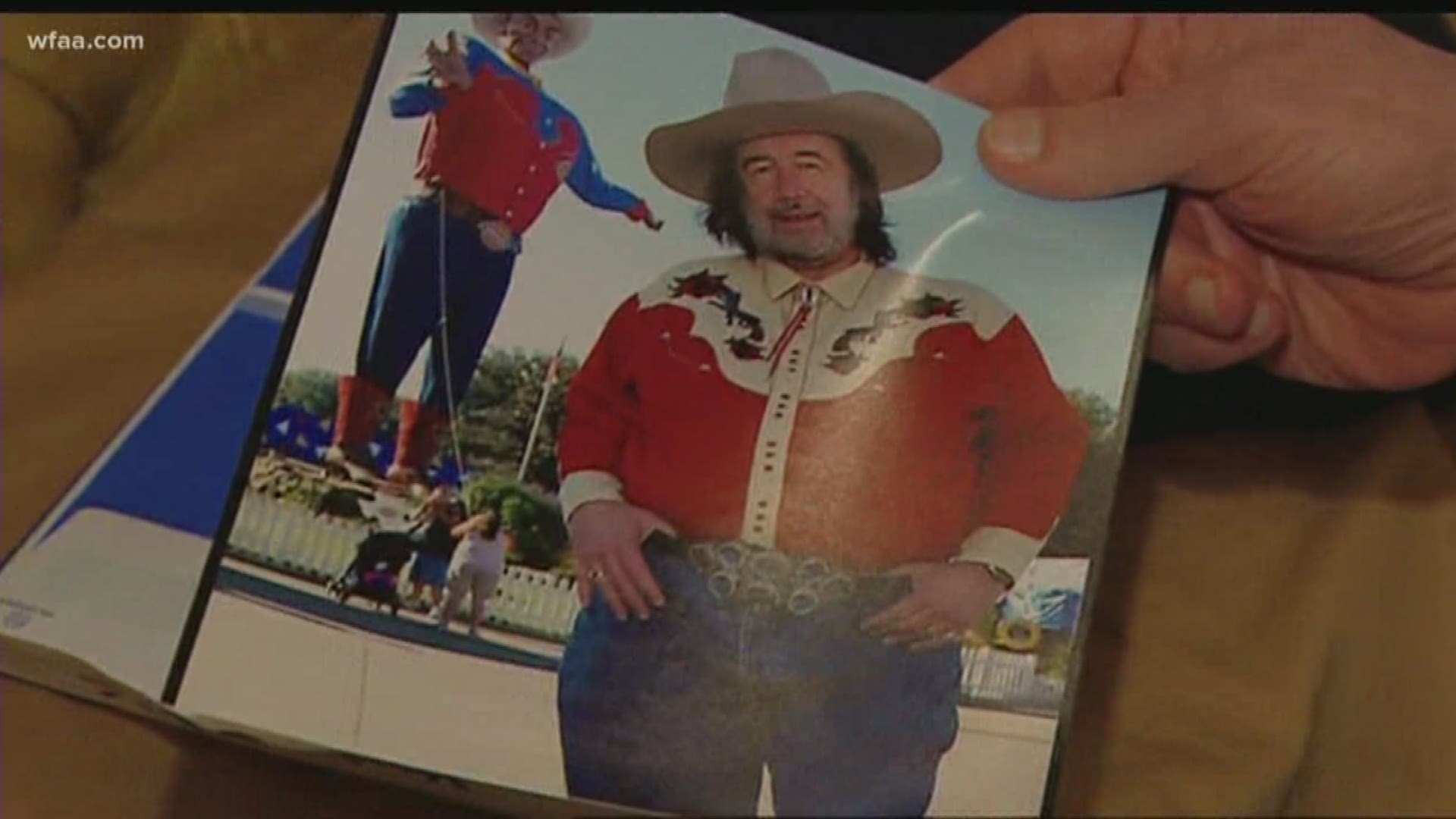 "He was larger than life and will be missed. Our condolences to his family and loved ones," the State Fair of Texas team wrote in a statement Saturday.

Bragg began his tenure as the voice of the State Fair of Texas' towering mascot in 2002, but his journey to become Big Tex started in April 2001, when he was a runner-up to Sonny Ray Stolz in a Big Tex voice audition contest.

Stoltz abruptly quit as Big Tex in November 2001, and Bragg took over at the next year's fair yelling out Big Tex's signature "Hoooowdeeee, fooolllllks!"

In 2013, a year after Big Tex burned during the last Friday of the 2012 State Fair, Bragg's contract was not renewed. He told the Dallas Business Journal in 2014 he believed he was fired was because he had asked to wave the flag at the American Cancer Society’s Race for the Cure.

In addition to his work as Big Tex, Bragg was an actor and a broadcast engineer at FOX 4 and CBS 11 in Dallas for decades.

He was a bank teller in "Bonnie and Clyde" and a "loud-mouth guy in a movie theater" in the "Dark Shadows" TV show, he told the Dallas Morning News in 2002. His IMDb page also lists him as a CBS cameraman in the 1977 football movie "Semi-Tough."

Bragg was a graduate of Hillcrest High School in Dallas. He founded the Yesterday USA radio network in 1983, which broadcasts episodes of old radio shows.