8 things you may not know about Big Tex

Here are a few things you may not have known about the friendly giant. 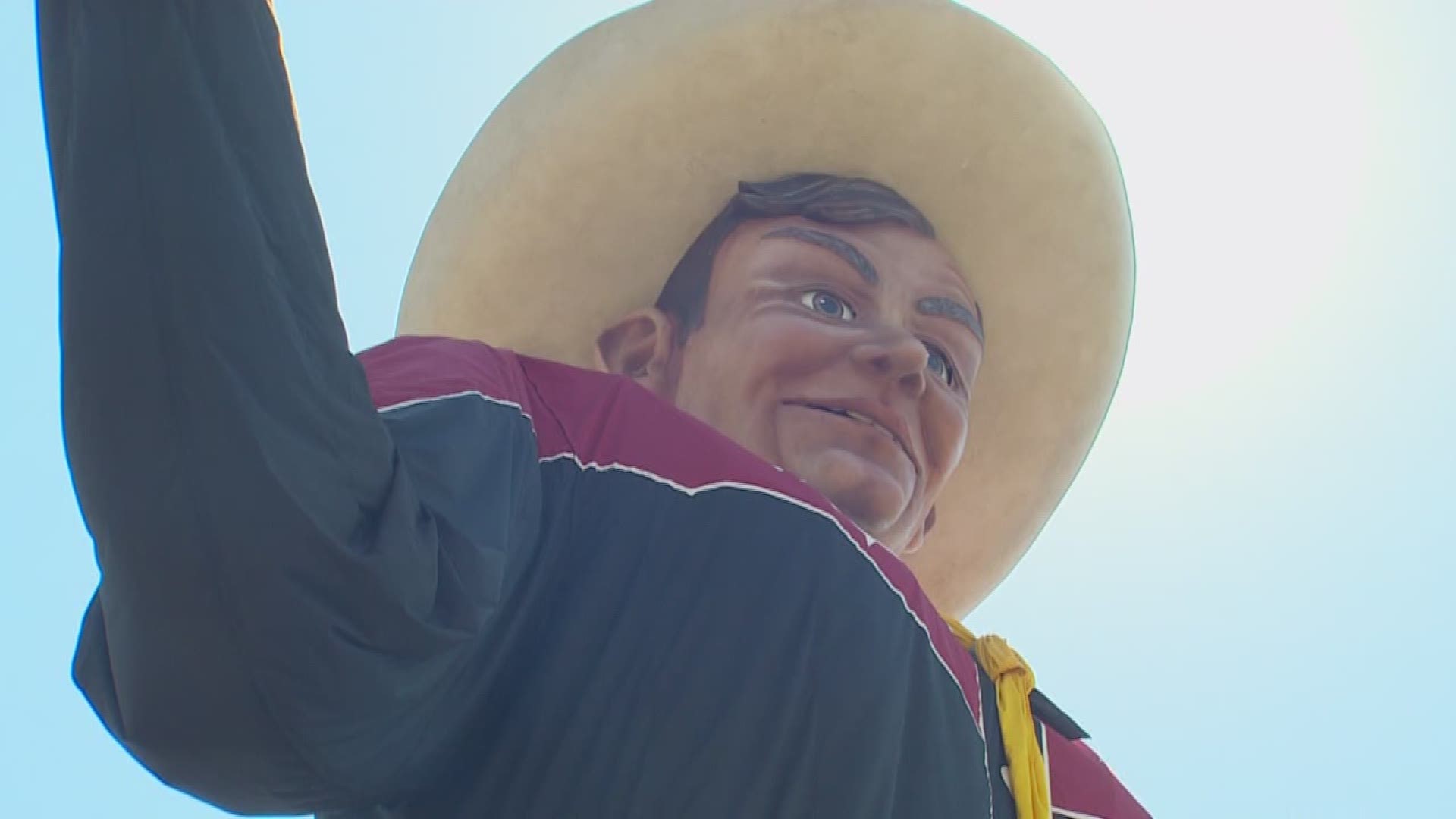 Known to many as the world’s tallest cowboy, Big Tex greets you with arms wide open every year during the Texas State Fair. You can't miss him.

Here are a few things you may not have known about the friendly giant.

He first stood in the fairgrounds’ “Court of Honor” when he debuted in 1952. A few years later, he moved a bit down Lone Star Boulevard to the center of the roundabout and has stood there ever since.

Big Tex was originally a Santa Claus in the small Texas town of Kerens, about 100 miles southeast of Fair Park. The giant Santa Claus was meant to attract Christmas shoppers to local stores rather than heading out of town to buy their gifts, according to the State Fair’s website.

He was a bargain

Almost like a Phoenix, he was reborn from a fire

You’ve heard about Big Tex being destroyed in a fire on the last Friday of the 2012 State Fair. But did you know he hit the gym during his rehab? Tex returned three feet taller, with a wider chest, bigger biceps, larger hands and a bigger waist. And, of course, he turned in the 75-gallon hat for a 95-gallon one, and swapped his size-70 boots for a pair of size-96 Luccheses.

These boots weren’t made for walking

Tex has a pair of boots he wears in public, and a “miniature” pair that makes media tours. The size-96 boots combine to weigh a ton -- literally -- and are too heavy to take on the road. He’s got a pair of 60.5s that make the rounds before the State Fair. Those boots were in WFAA’s Victory Park studio on Wednesday. 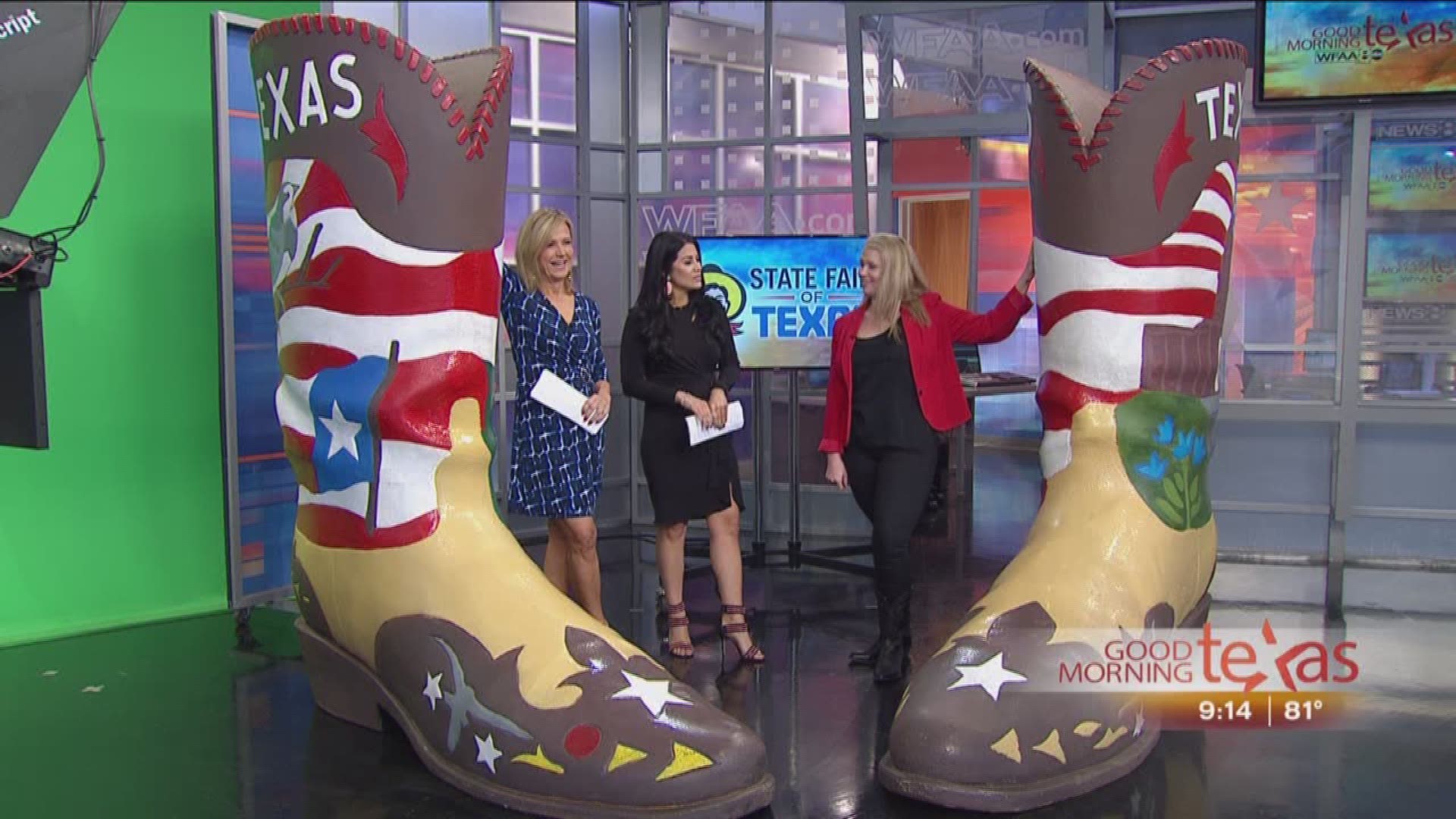 Giving him a voice

We don’t know who voices Big Tex these days. Whoever it is, he’s only the sixth person all-time to have the honor. Radio DJ Al Jones was the first voice of Big Tex before radio announcer Jim Lowe held the job for 39 years. Dan Alexander, Sonny Ray Stolz and Bill Bragg also voiced the jolly cowboy before Bragg was mysteriously fired in 2012.

Big Tex was put in place for the 2018 State Fair Friday morning. Watch a replay of the stream below or here.