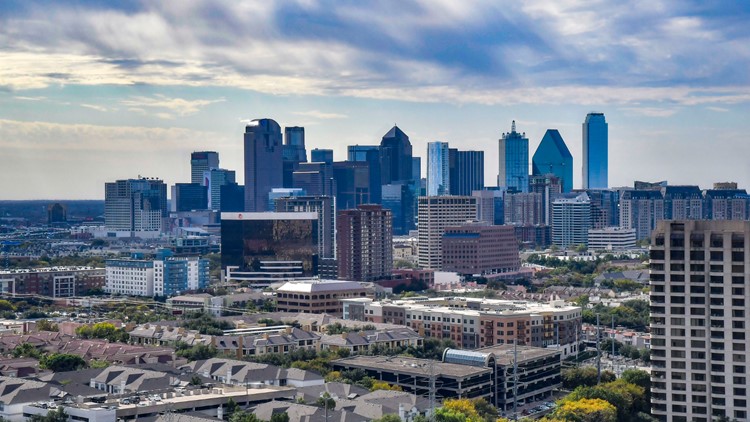 Photo by: Jake Dean/Dallas Business Journal
Dive into why millennials are opting for – or turning away from – Dallas when compared to 21 other cities.

Bad news for millennials when it comes to pay

New data indicate Gen Z is gaining on or even surpassing millennial workers when it comes to pay.

A study by The Conference Board found workers ages 20 to 24 are receiving pay increases that average 6 percent, reports USA Today. That’s double the yearly wage gains of all workers in the U.S.

It’s led to a diminishing pay gap between those Gen Z workers and their 25- to 34-year-old counterparts who have more experience: Recent college graduates are earning 71.7 percent of millennials’ pay, on average, which has increased from 65.3 percent in 2012.

The Conference Board, which based its figures on recent Labor Department data, points to the tight labor market and 3.6 percent unemployment. Gen Z’s wage gains have outpaced millennials’ since 2014.

“When you hire new people, you have to obey market conditions. If you don’t … you won’t be able to hire them,” said Gad Levanon, vice president of labor markets for nonprofit The Conference Board.

That’s what gives those who switch jobs an advantage, whereas workers who stay with a company only get regular annual increases, Levanon told USA Today.

Job hoppers, who are often younger workers, are a fairly small segment of all workers, and their average wages are rising about 3 percent per year.

About half of U.S. workers are likely to look for a new job in the next year, a recent survey revealed. About 3.7 million workers quit their jobs in July — a 19-year high — primarily to take new positions.

Sites like Glassdoor have made it easier to compare pay, and almost three-quarters of workers have compared their income against market rates, reports USA Today.

As the pay gap between generations gets smaller, it can lead to low morale or high turnover as older workers look for new jobs, Levanon told USA Today. A Deloitte survey released earlier this year discovered millennials are doubtful they’ll ever earn high salaries.

RELATED: Why millennials are choosing – or spurning – Dallas

Employer budgets for annual pay increases saw little growth, from 2.8 percent in 2011 to 3.2 percent in 2019, The Conference Board’s study found, per USA Today.

All of this is likely salt in the wound for millennials, who, despite being more educated, are earning 20 percent less than Baby Boomers did at this stage of life, according to a recent report from nonpartisan, nonprofit think tank New America.

Median earnings for 18-to-34 year olds are lower than they were in the 1980s, per CNBC Make It. Plus, the rise of freelance or gig work has altered the reliability of paychecks. This has led some millennials to delay saving or buying a house, creating the generational wealth gap.

Looking ahead, it has the potential to negatively affect the children of millennials, according to Liz Hipple, senior policy adviser at the Washington Center for Equitable Growth.

“It means there’s less financial resources for investment in tomorrow’s generation,” Hipple said, per CNBC Make It. “…It matters for our kids and their outcomes.”