At this Fort Worth lunch spot, customers pay what they can and everyone gets fed

"No strings attached," Taste Community Restaurant's owner said. "No anything. Just come in, and receive a blessing.” 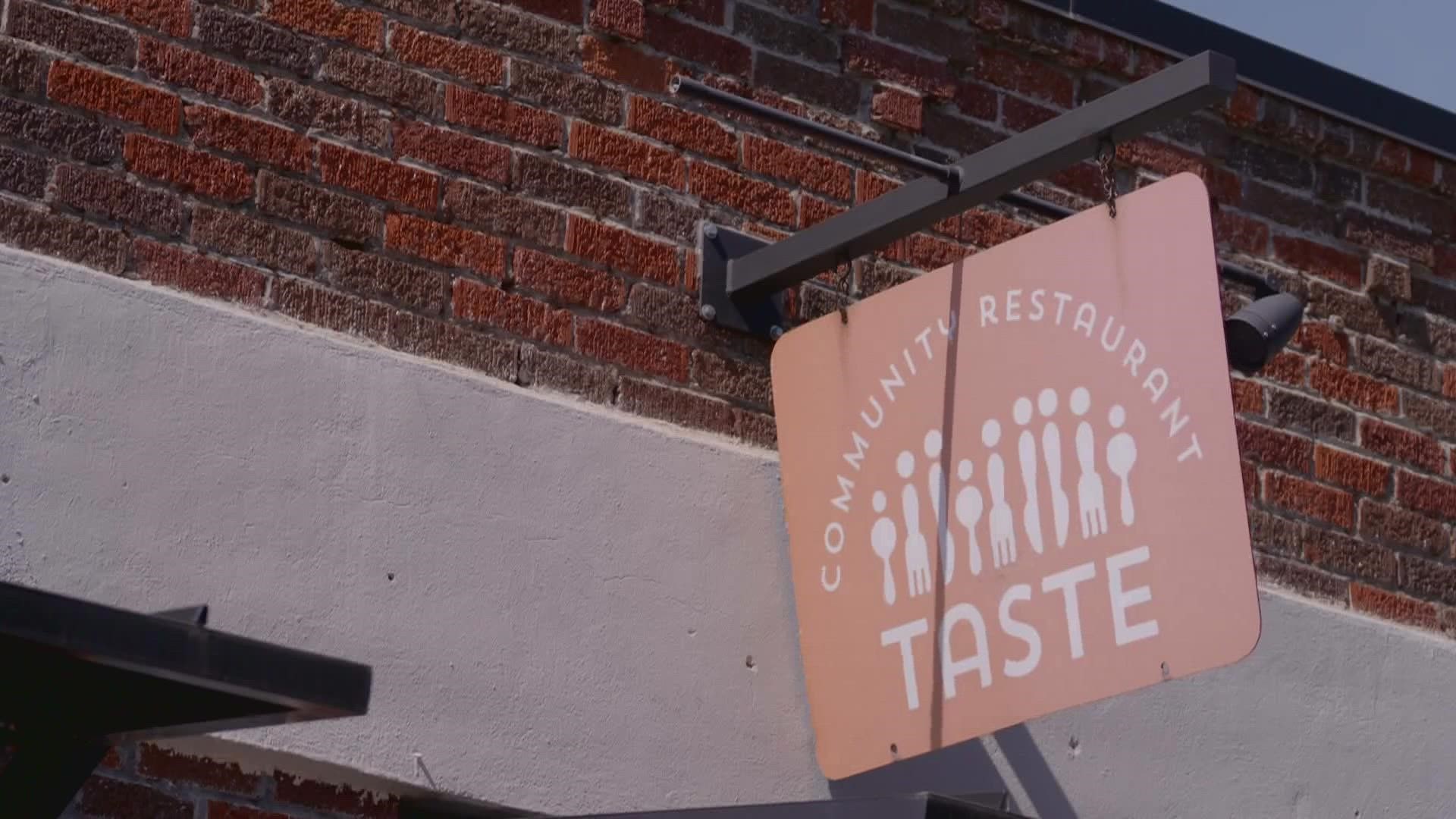 FORT WORTH, Texas — The team at Taste Community Restaurant is really excited for Saturday.

Yes, it's the weekend.

No, that's not what they're excited about.

They don't know exactly when it will happen or who it will be. But at closing time on Friday, they were less than 10 customers away.

They'll likely reach the milestone shortly after they open Saturday morning, and as excited as they are, the real joy comes in each dish they serve up every day.

“It was God’s idea, and I’m just doing my best to step where He’s asked me to step and steward it as best I can," Williams said.

Williams opened the restaurant on the south side of Fort Worth in late 2017. The idea, though unconventional, was simple.

A seasonal menu, swapped out four times each year, with a variety of fresh items like soups, salads, burgers, wraps, pastas and desserts.

A menu without prices.

"At first, people thought I was crazy," Williams said.

Customers are invited to pay what they can, whether that be more than expected or nothing at all.

"No strings attached," Williams said. "No anything. Just come in, and receive a blessing.”

"It’s a lot easier to give than it is to receive," Williams said.

His restaurant runs on the cyclical willingness for people to do both.

“People come through these doors. They have a meal. It fills their need for the day, and they can’t help but to want to spread that to other people," Williams said.

Williams said 85% of the staff are volunteers.

The restaurant also recently started an apprenticeship program in partnership with the Tarrant Area Food Bank and the Culinary School of Fort Worth that allows for aspiring chefs to get certified at the culinary school, serve at the food bank and get work experience at Taste before getting accredited to work as chefs.

The program is tuition-free, but they are paid for their work at Taste.

They kitchen staff cooks up beautifully plated dishes and the servers welcome every customer with warmth and a smile.

Williams said it's about dignity.

“We want people to realize they have a value to just being them and that we value them as a person," Williams said. “That they’re able to experience something they may not have been able to. It’s not just about putting calories down. It’s about providing them something that makes them feel special.”

Williams and his team don't know who will come through their doors for meal 100,000. They don't know how much, or even if, that person will pay for their food.

What they do know is that person will be fed.