The ambulance was stolen from a fire station near John West Road and Hunnicut Road, officials said. 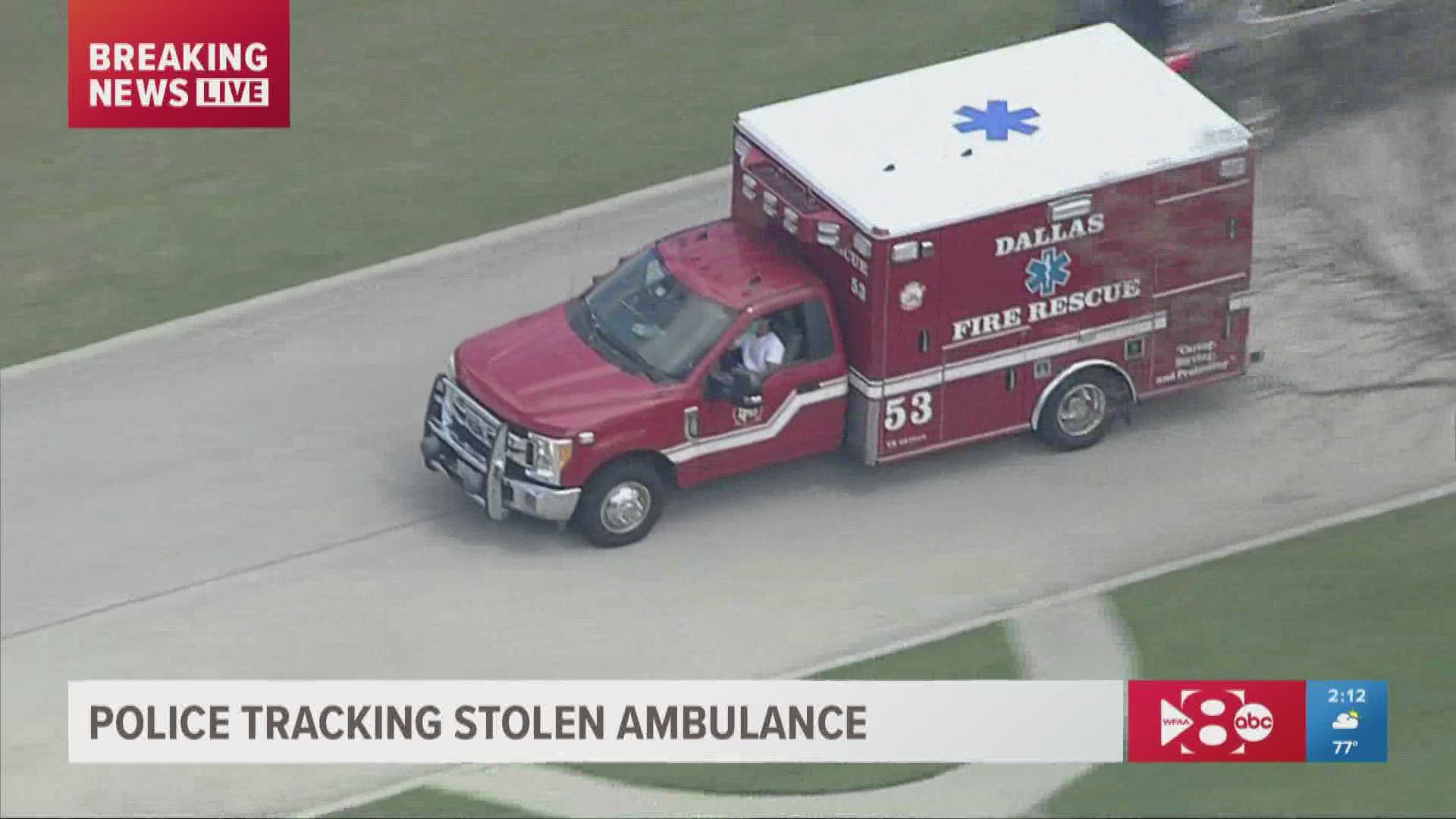 DALLAS — Updated Tuesday with details from fire officials. Note: the above video is from previous live coverage when the pursuit was active.

The driver of a stolen ambulance was taken into custody in the McKinney area on Monday afternoon after a chase that stretched across North Texas.

DPS and police officials ended the pursuit around 3 p.m. in the 500 block of Joyce Lane, hours after it started.

The ambulance was stolen from the bay of Dallas Fire-Rescue Station #53 near John West Road and Hunnicut Road around 12:30 p.m. Monday, officials said.

The bay doors were left open and no one was in the apparatus bay at the time, according to fire officials, which is not according to department policy.

Fire officials said they were able to locate and track the vehicle, in part, using on-board tracking.

The ambulance had made its way from Interstate 20 to Interstate 635 northbound through Mesquite, Garland and Dallas, before getting on US 75 in Richardson.

The ambulance exited the freeway at Allen Drive in Plano and drove through residential streets before getting onto northbound State Highway 121 at US 75 in the McKinney area, according to aerial footage.

The stolen vehicle then moved onto rural roads in Collin County after traveling through residential streets and on Highway 380 in the McKinney area.

No injuries were reported, according to Dallas fire officials.

Fire officials confirmed Tuesday that another unit was stolen from the same fire station on Feb. 2, 2020, which was Super Bowl Sunday.

Fire officials said they will thoroughly inspect the vehicle for damage and missing equipment or supplies.

An internal investigation is underway to determine what disciplinary or correction measures should be taken moving forward, fire officials said.