WFAA reached out to the Boy Scouts of America to inquire if there are any cases of reported abuse in North Texas, but the Scouts did not respond. 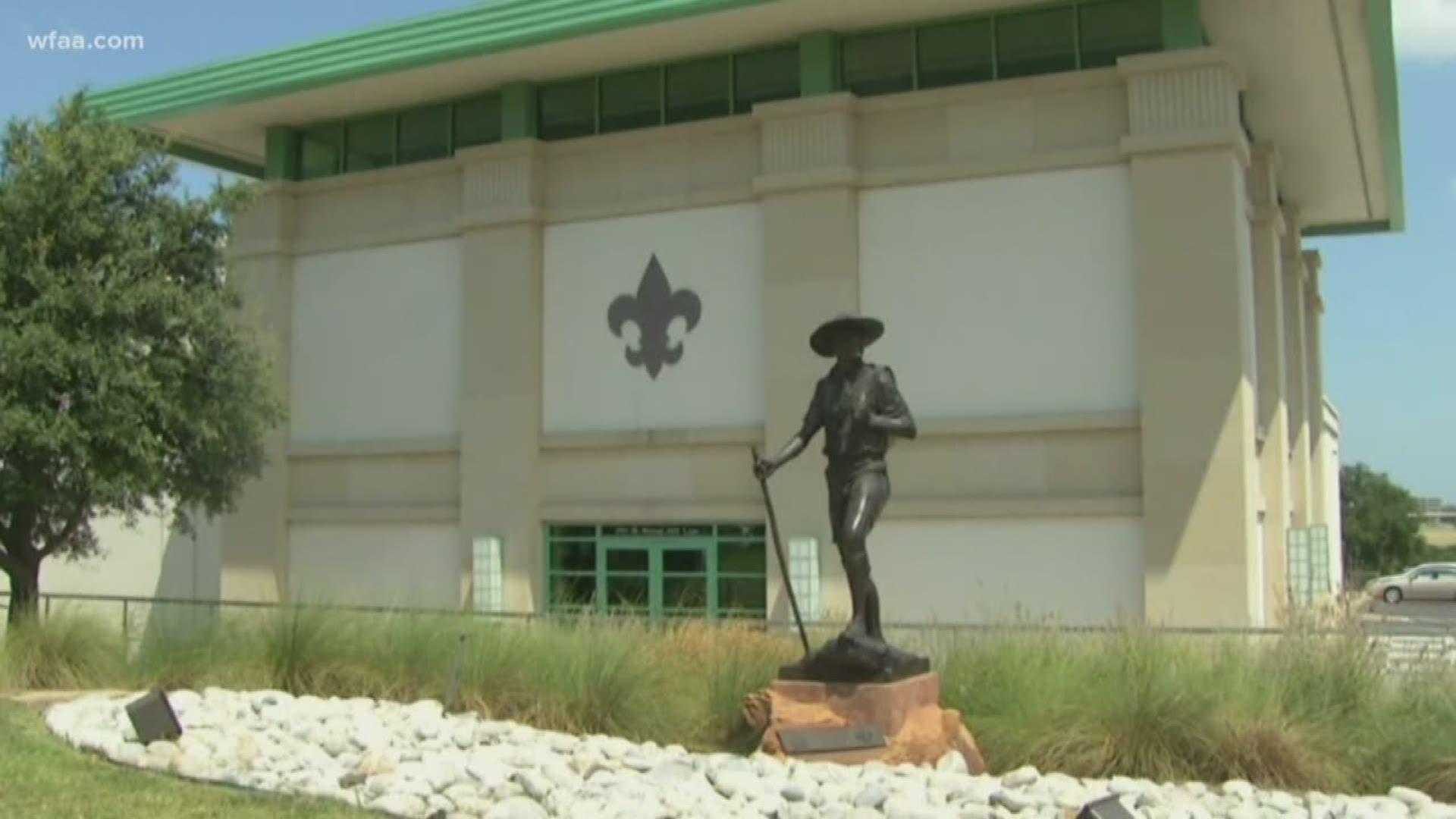 Shocking allegations have been made against the Boy Scouts of America after an expert who worked with the Irving based organization revealed Tuesday that there may have been nearly 8,000 Scout Leaders or Volunteers accused of sexual abuse nationally, dating back to 1944.

WFAA reached out to the Boy Scouts of America to inquire if there are any cases of reported abuse in North Texas, but the Scouts did not respond.

On Tuesday, attorneys in New York and New Jersey released the names of nearly 200 alleged abusers. More than 7,000 have still not been named. The alleged abuse happened over the past eight decades.

“The data starts in 1944,” New York Loves Kids co-founder Bridie Farrell said. “And they’ve had this information and have not protected the children which they are to serve. They have protected the pedophiles among their ranks.”

The Boy Scouts of America released the following statement:

"We care deeply about all victims of child sex abuse and sincerely apologize to anyone who was harmed during their time in Scouting. We believe victims, we support them, and we have paid for unlimited counseling by a provider of their choice. Nothing is more important than the safety and protection of children in Scouting and we are outraged that there have been times when individuals took advantage of our programs to abuse innocent children. Throughout our history, we have enacted strong youth protection policies to prevent future abuse, including mandatory youth protection trainings and a formal leader-selection process that includes criminal background checks. We have also maintained a Volunteer Screening Database to prevent individuals accused of abuse or inappropriate conduct from joining or re-entering our programs, a practice recommended by the Centers for Disease Control. At no time have we ever knowingly allowed a sexual predator to work with youth, and we mandate that all leaders, volunteers and staff members nationwide immediately report any abuse allegation to law enforcement."

Though the Scouts say they reported it to law enforcement and removed them from scouting, the attorneys representing victims say that is not enough.

“They may have removed them scouting, but they never alerted the community that this teacher, this coach, this scout leader, was also a Priest or an electrician, is known to them to be a child molester,” attorney Jeff Anderson said.

“The safety and protection of children in our Scouting programs is our top priority,” The Circle Ten Council said. “One incident of abuse is one too many.”