25 women prove construction doesn't have to be male-dominated

Construction is a male-dominated industry, but at Scottish Rite Hospital For Children in Dallas, the remodel project has 25 women on one construction team. 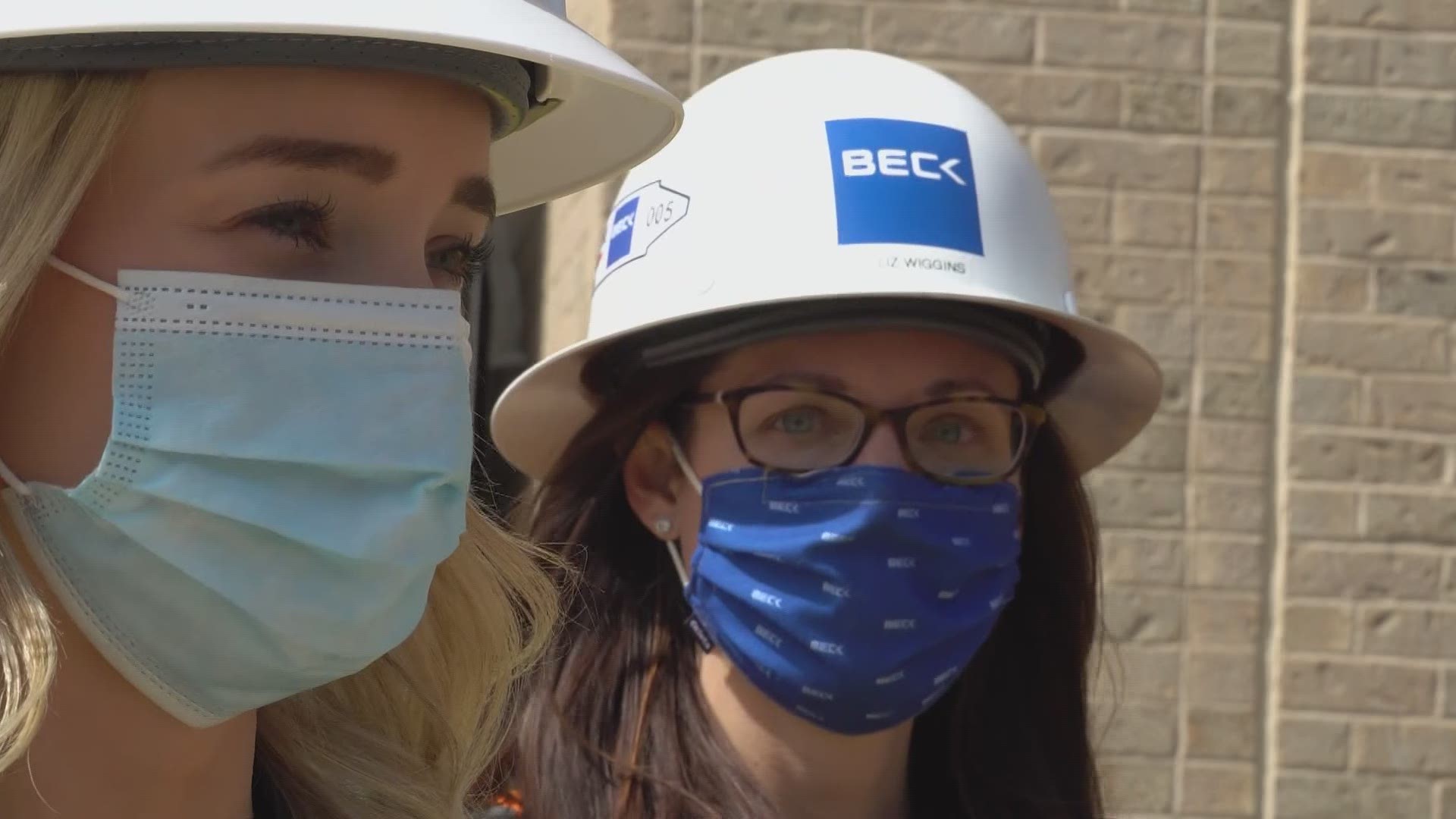 DALLAS — Construction is a male-dominated industry. Women represent 10.3% of the workers. But in the major remodeling project at Scottish Rite For Children in Dallas, there are 25 women on the construction team.

To top that, the project is led by a woman, Liz Wiggins. She's been in the business for 15 years and is a senior project manager at The Beck Group.

"I have maybe seen two or three females, but I have never seen this many [on one project]," said Wiggins. "Majority of my career, I've been the only female that has been a part of these teams."

When Wiggins first started in construction, she said she wasn't always respected and was judged prematurely for being a woman. But over the years, Wiggins has paved the way for women who are interested in a career in construction.

Joanna Pratt was hired by The Beck Group two years ago. She's a project engineer and works under Wiggins.

"Liz is not only an amazing boss, senior project manager, but she is also a wife and a mother," Pratt said. "So I think it's a really neat perspective for women to see they can have both. They can have a really awesome career and a family life."

Pratt didn't always know construction was an option, but she found a passion for the industry in college.

"With construction, you get to see before your eyes, every single day, something grow into what it's intended to be," Pratt said.

The 25 women on this construction team have many different roles ranging from plumbers to forepersons, designers, architects, executives and more.

It's a $30 million project that should be completed in 2023. Five operating rooms, a minor procedure room, 14 pre-operative rooms, nine post-anesthesia care units and three new air handling units will be added to the Scottish Rite Hospital For Children.

So yes, construction is a male-dominated industry, but these women prove it doesn't have to be.