'Like a mother:' How one rescue dog saved another, thanks to this DFW shelter

DALLAS - When Brady, an eight-month-old Mastiff, plays with Rose, an eight-year-old pit bull mix, it's easy to see that the two are inseparable. 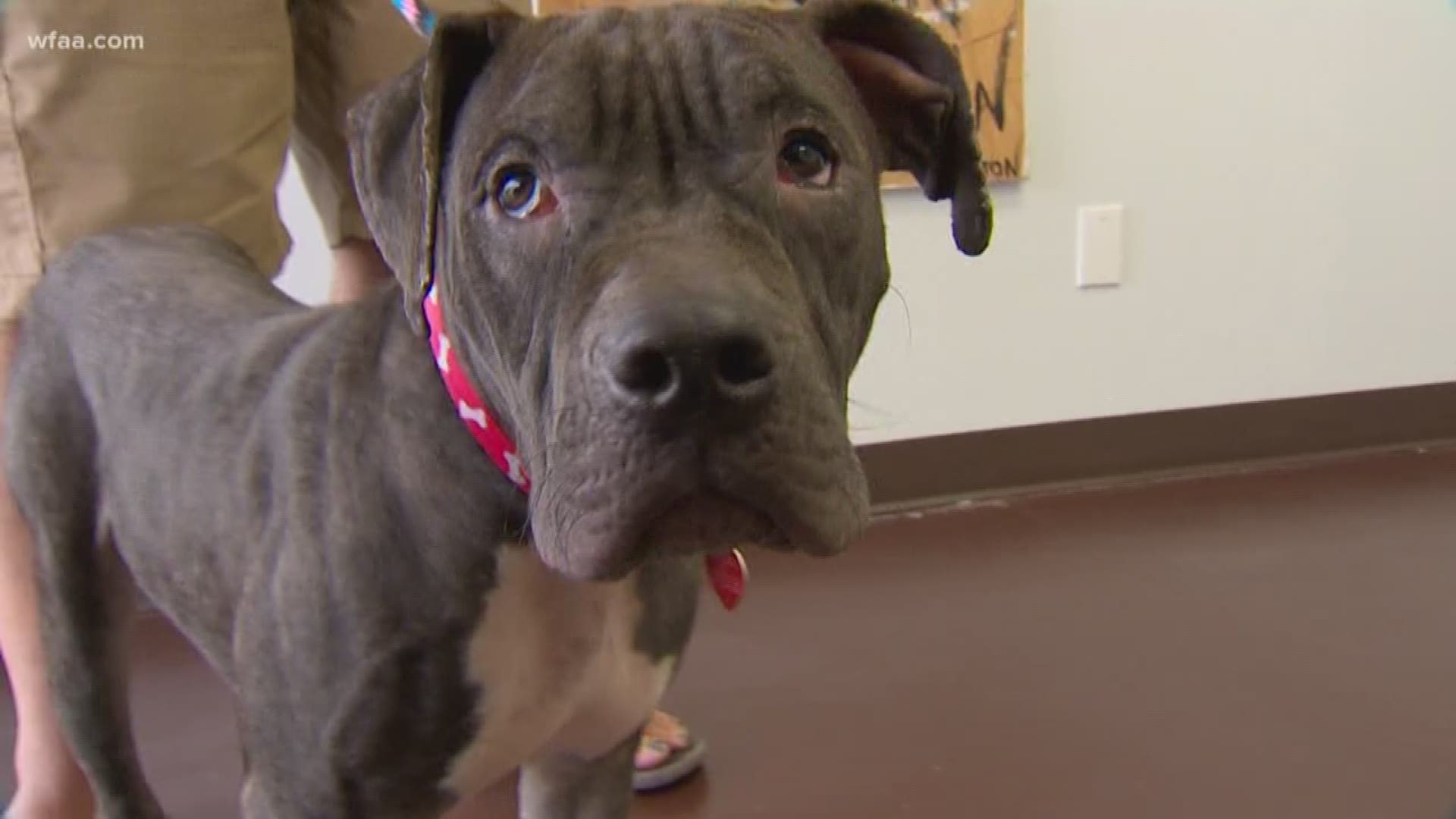 When Brady, an eight-month-old Mastiff, plays with Rose, an eight-year-old pit bull mix, it's easy to see that the two are inseparable.

"You could consider them kind of blood relatives in a way," said Dennis Moore, Rose's owner and Brady's foster.

Thanks to Rose, Brady hardly looks like the same dog who was rescued a month ago – so thin, weak and anemic, he could barely lift his head.

"He should be about 60 pounds right now being a Mastiff, and when I got him a month ago he was 20 pounds," Moore said.

Riddled with parasites and suffering from mange, Brady was on the brink of death.

"If he had been out on the streets another 12 hours, he wouldn't be alive," said Jim Wenger, DFW Rescue Me president and co-founder.

The Dallas Shelter alerted DFW Rescue Me, a non-profit, volunteer organization that works with cases of extreme abuse and neglect, like Brady's. They call them "Justice dogs."

"He was just a skeleton basically," Wenger said. "His worms had worms."

The veterinarian said Brady's only hope was a blood transfusion. Wenger called Moore, a volunteer for DFW Rescue Me, and asked if he and Rose could help.

"What better for a justice dog to save another justice dog," Wenger said. "So that's where Rose came into the picture."

Moore didn't hesitate. He brought Rose to the vet, and introduced her to Brady.

"She stood there and looked at him for a few minutes," Moore said. "It's like she felt sorry for him."

"They said literally if she hadn't given blood that day he wouldn't have made it through the night," Wenger said.

Rose knows what it's like to be abused and forgotten. Two years ago, DFW Rescue Me also saved her. Now, she is healthy enough to rescue someone else.

"I think she knows exactly what she's done because she still acts like that, like a mother to him," Moore said.

Moore is fostering Brady, so he can stay with Rose.

Brady has gained 30 pounds in three weeks. He still needs to gain more weight, and he still has a way to go. But perhaps, for the first time, he can just be a puppy.

"The rescue dogs are so grateful," Wenger said. "They really are. They know they've been helped."

DFW Rescue Me runs on donations. Click here to find out more.

Their annual fundraiser, Dinner for Justice, is Nov. 4, from 3 to 6 p.m. Find tickets here.