Keller teen recovering after struck by lightning during Florida vacation

"And every doctor we talked to said these two men saved our son's life. It was a miracle," Barbara Brewer said of the strangers who rushed to perform CPR on her son. 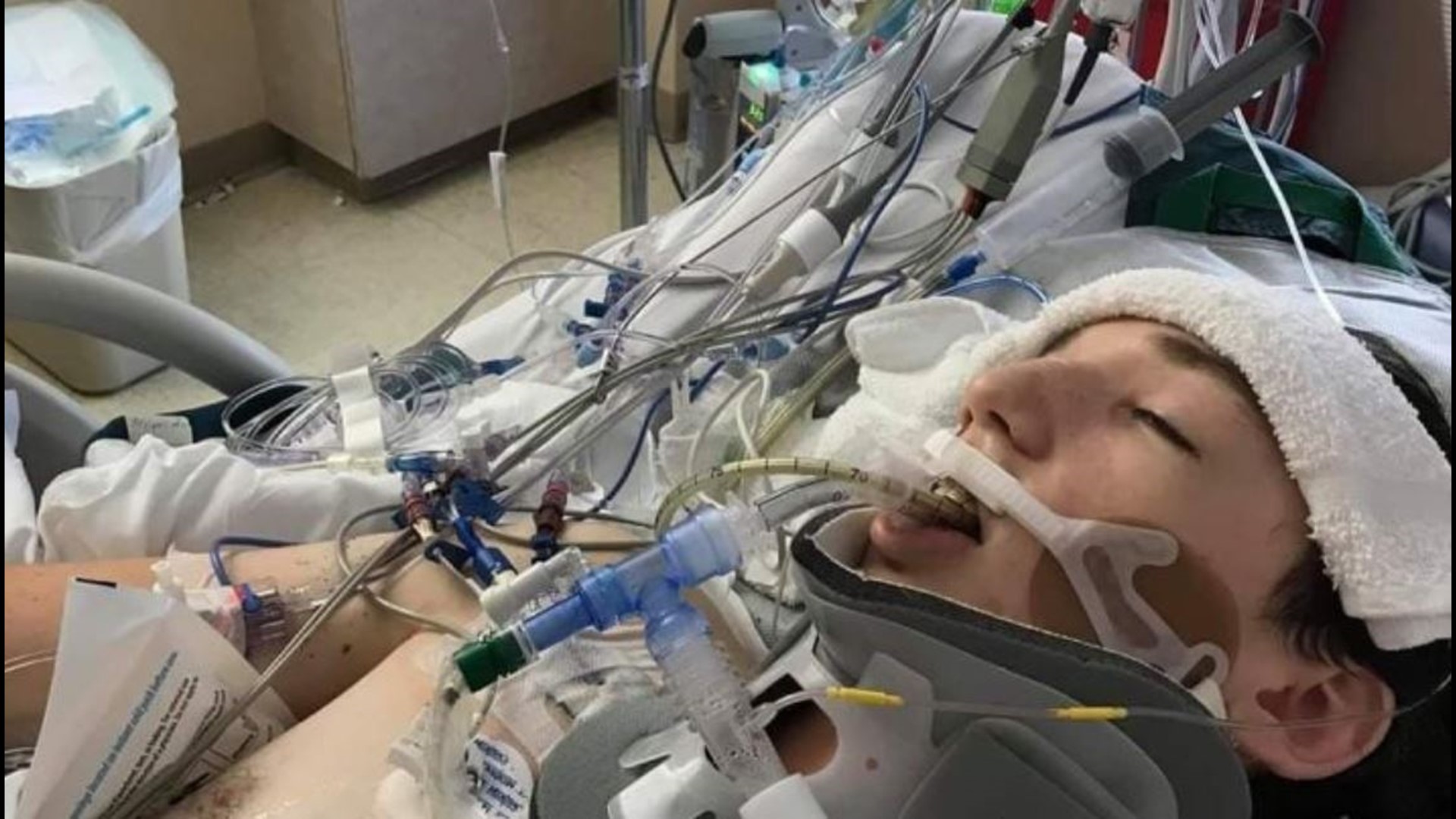 DALLAS — A 14-year-old from Keller is recovering in a Tampa, Florida hospital after taking a direct lightning hit while on vacation with his family. And his parents credit complete strangers with his survival.

Jacob Brewer, an in-coming freshman at Timber Creek High School, was on only the second day of his family's vacation at Siesta Key near Sarasota, when a summer afternoon storm started to build. Locals told them it was one of the most intense they had seen in years.

"We're holding up OK. It's been rough," said Jacob's mom Barbara Brewer from a hotel near the hospital, where Jacob has been for nearly a week now.

"We were planning on going for ice cream. We were getting off the beach," she said as the storm approached. But as they walked, the lightning hit.

Barbara Brewer said the blast knocked her down.

"I looked up and my son was down on the ground, and he had a huge hole in his shirt where the lightning hit him. He started foaming at the mouth. He had blood vessels that were popping out of his face. And it was horrifying," she said.

Horrifying, because the lightning hit him in the chest. The electricity exited his right foot, blowing a hole in his shoe.

Then, something else unexpected. Two strangers, even with the continuing threat of additional lightning, rushed to help.

Jacob had no pulse for 45 minutes.

A sheriff's deputy also helped continue CPR as Jacob was transported to their first hospital in Sarasota. Due to the storm, an airlift to a Tampa hospital was out of the question. They took him by ambulance instead.

Now a week later, he's still intubated, but awake and alert. His mom said he recognizes his family.

"Oh, they're incredible," Barbara Brewer said of the strangers who braved the electrical storm to help her son. "We had the coronavirus everywhere and this man, a complete stranger, started doing mouth to mouth to bring him back. And it's just incredible."

"And every doctor we talked to said these two men saved our son's life. It was a miracle. I mean, he's alive. And for my husband to carry his lifeless body across that beach, we thought he was gone. We just kept praying."

Those prayers are also supported by a GoFundMe page. Jacob has already had several surgeries, and likely faces several more.

His mom said this morning, fluid began to build up in his lungs and an MRI discovered a spot on his brain that doctors want to investigate further. But still, in our conversation Wednesday morning, she was upbeat, positive, and thankful.

"The support that we're getting every day from family and friends," she said. "And also the fact that my son is here. I thought I lost him on the beach. He was gone. He was absolutely gone."

But now he is alive, thanks to the Florida good Samaritans who helped bring him back.