In English folklore, Robin Hood is the hero; stealing from the rich, giving to the poor. 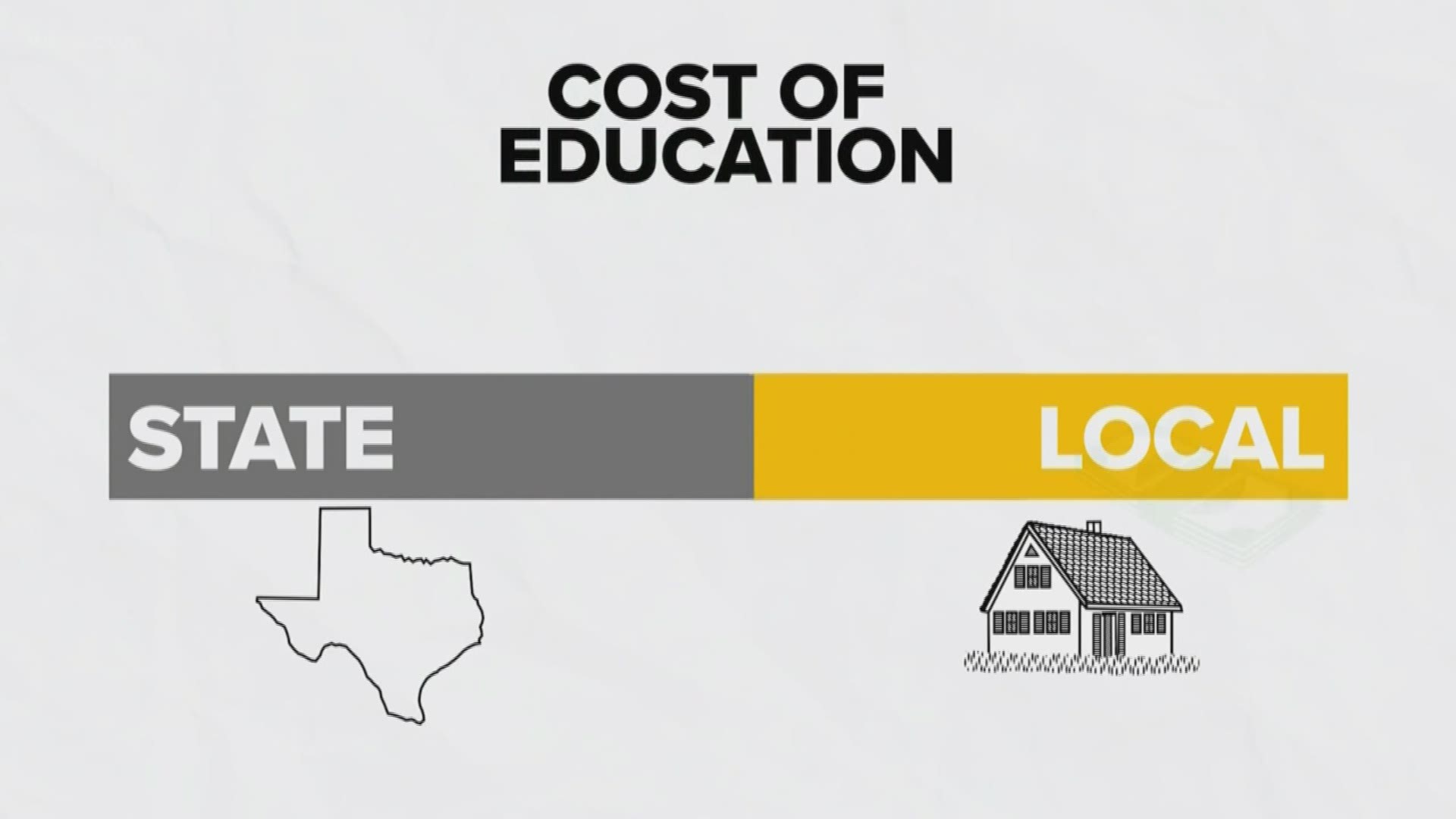 In English folklore, Robin Hood is the hero; stealing from the rich, giving to the poor.

But in Texas, we use his name to describe one way we fund education.  And some folks think Robin Hood is a villain.  “We cannot live with this.  Not one more year. Not one more day,” Plano ISD Board Member David Stolle said at a recent board meeting.

Robin Hood is supposed to give all kids a fair chance.  But some districts say the system itself has become unfair.  Is that true? Is Robin Hood broken?

Here's how Robin Hood works.   While there is extra funding for kids who have economic disadvantages and special needs -- for every child, Texas allots $5,140.

So, for example, let’s say a rich district has a lot of valuable property. Because of those high values, it collects more than $5,140 per student. Under Robin Hood, the extra funds go back to the state.

But poor district doesn’t have much valuable property and it takes in less tax revenue than what it costs to educate all its students. In that case, the state sends money to the poor district.

The idea behind Robin Hood is that funding should be the same for all students, no matter where they live.

I'm in Plano, talking to Missy Bender.  She's the school board president, here. “The idea behind Robin Hood. Do you disagree with that as an idea?” I ask.

Why does she say that?

Schools are supported by property taxes. And like most of Texas, home values in Plano are rising. So, Plano ISD is taking in more tax revenue.  But, because of Robin Hood, they don't keep that new, tax money. They just send it back to the state.

As a result, when Plano gave a 2% raise to teachers, this year, it did not have enough to pay for it.  So, it passed a budget with a deficit and dipped into its savings.

“What’s it like to send all that money back and then pass a budget that has a hole in it?” I ask Missy.

“It's heart breaking and frustrating.  And it's a little bit of a hopeless feeling,” she said. “We're being starved.  School districts are being starved,” she added.

One proven path to long-term success in school is all-day pre-kindergarten.  Plano provides it, but it’s expensive.  Missy says, unless Texas fixes education funding programs like that are in jeopardy.

Far from the manicured suburbs of North Texas, are the swamps and Spanish moss of Caddo Lake in East Texas.  Here, at Karnack ISD, every student qualifies for a free or reduced-priced lunch. That means every student is considered economically disadvantaged.

I'm talking to Amy Dickson, she's the superintendent of this tiny district. She hung a banner in the lunchroom that says, “All Children Can Learn”.

“I think there are some generalizations made about economically disadvantaged.  We have to be loud sometimes to let people know that we are here.  And that we're doing great things for kids,” Amy says.

You might think, a district like Karnack is exactly the kind of place that would benefit from Robin Hood. But this year, Karnack -- which uses donations to replace old floors and spruce up classrooms -- will give back $1 million dollars to Robin Hood.

“If something doesn't drastically change this place will not exist.  And that will be a shame,” Amy says.

“Just run out of money?” I ask

“It's just simple math,” she answers.

Karnack is not an outlier.  More and more districts are now considered rich.  You might live in one.  In fact, there are now 450 districts paying into Robin Hood.

More money, for the cost of education, coming from the local level, means less money coming from the state.  The Texas Education Agency estimates its portion of school funding, in the next state budget, will be $3.5B less.

“Basically, those are ill gotten gains,” Dale says. “The 3.5 billion can be used to push rates down.  A portion can be used to enhance programs in the classroom.  But 3.5B is enough money to make a difference in our school finance system.”

Dale is saying $3.5B can be used to both reduce property taxes and improve education.

Remember that $5140 per that Texas allots, per kid? If the state raised that cap, rich districts would pay in less.  Poor districts, would get money from the state.

“Is robin hood broken?  Is that a system that doesn't work anymore?” I ask Dale.

“I don't think Robin Hood itself is broken.  I think the issues districts are having has to do with the overall amount of revenue they would like to spend. They would like to raise,” he says.

Alright, so is Robin Hood broken?  The answer is no.  A level playing field for all kids, is a core value of public education.  It's even in the state constitution.

What IS broken is -- the legislature.  At the same time, the state is both spending less of its money on education and holding onto more of your tax money as home values rise.