Eric Tuazon, 29, is now charged with unlawful restraint and will be extradited back to Collin County to face charges soon. 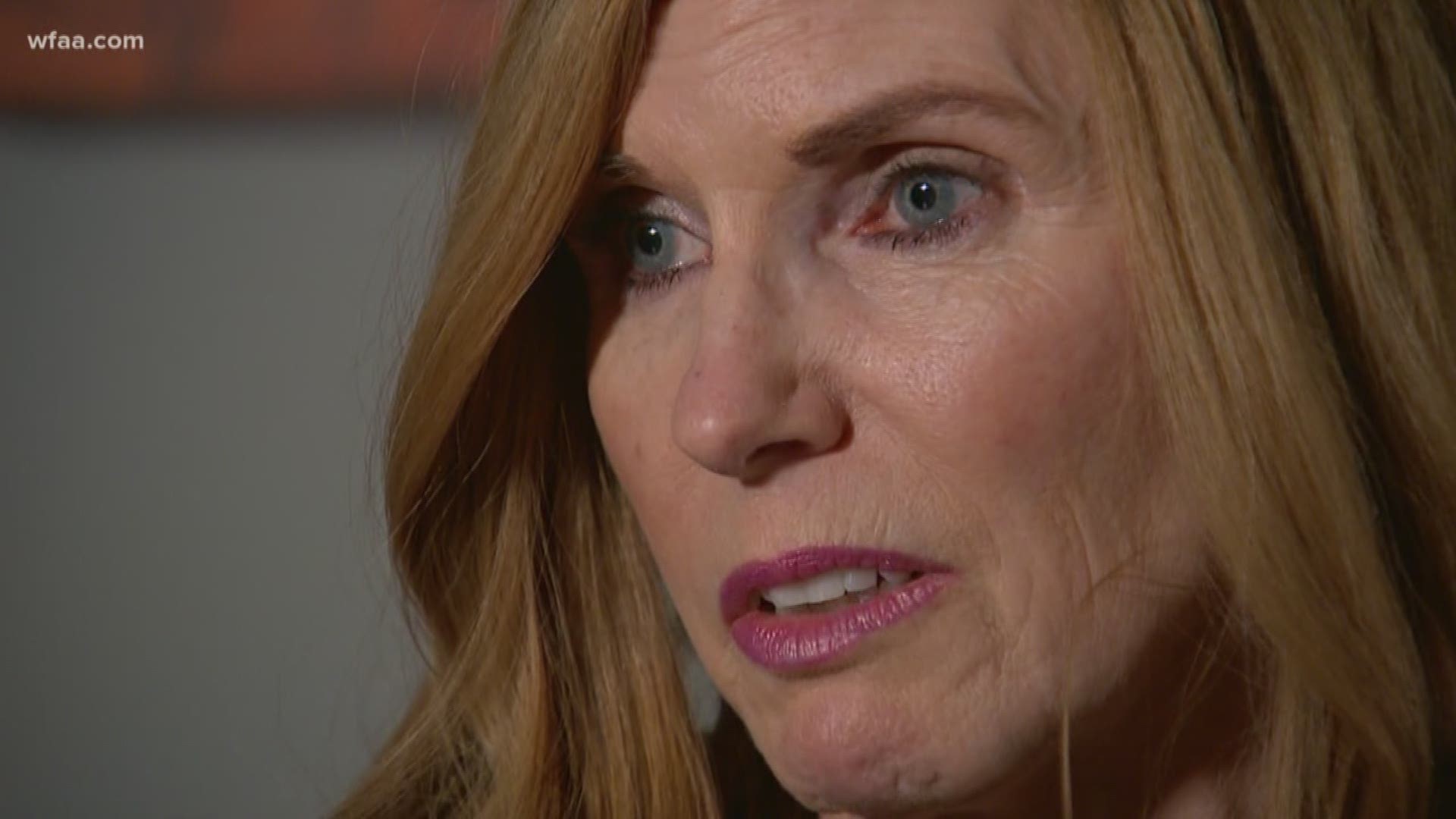 FRISCO, Texas — A Pennsylvania man is awaiting extradition to North Texas after police in Frisco said he took a 16-year-old from her home without her parent's consent.

Eric Tuazon, 29, is now charged with unlawful restraint in connection to the case.

He's also facing non-related charges out of Warren County, Pennsylvania that include both simple assault and conspiracy to file a false report.

Tuazon's current path through the judicial system, however, began when he visited Collin County in January.

Janie Monares told WFAA her 16-year-old daughter, who will not be named because she is a minor, befriended Tuazon online through the popular gaming platform Steam.

The teen is now homeschooled after being bullied, and per Monares her daughter confided in Tuazon about what she was going through for at least two years.

Credit: WFAA
Photo of Janie Monares as she interviews with WFAA.

Monares told WFAA, she had no idea a 29-year-old man was talking with her kid.

"I had no idea that this was all in her mind. We didn't suspect that anything was wrong. He preyed on her weakness and sympathized with her," Monares said.

Monares told WFAA she and her daughter got along well, and that her family is very tight. When the teen was being bullied at school, Monares listened and made the decision to allow her to continue her studies at home.

Per Monares, her daughter is consistently making straight A's.

Credit: WFAA
A doctored photo of Monares and her daughter.

The young girl often completes her studies via her laptop, so Monares and her husband keep a close eye on it, or so they thought.

On Jan. 15, Monares called her daughter down for dinner but knew something was wrong when she didn't answer.

Monares said a letter was found in the teen's room, revealing that she'd chosen to run away and blaming her parents for not understanding what she was experiencing in life.

"Just not knowing where your daughter is, it's just unfathomable," Monares said

Everything didn't seem right, according to Monares. She claims that her daughter is very anti-social and doesn't even like to leave the house without her parents.

"The way she worded the letter, I knew that somebody told her to write what she had written," Monares said. "I knew she didn't run away on her own, but not knowing who this person was terrified me."

Monares reported her daughter as missing to the Frisco Police Department.

But since a note indicating that she had run away was left behind, the department encouraged patience per Monares and told her that her daughter would likely come back or be found not far from the area.

Monares believes that the note was written so that whoever took her daughter would face lesser charges if caught.

"I think the reason that letter was written because the suspect would only be charged with harboring a runaway instead of kidnapping if they were found," Monares said.

"I felt somebody online manipulated her."

Monares began recording videos and posting them to Facebook and YouTube, begging her daughter to come home. They grew in popularity each day the teen was missing.

Monares told WFAA that her daughter's checking account was connected to hers, so she kept a close eye on it to see if it would reveal where the teen might be.

Days after the teen disappeared, Monares got an alert that cash had been withdrawn from an ATM inside a gas station in Bentonville, AR.

Monares gathered her things and drove to the store. She was able to identify her daughter through the gas station's surveillance footage, but no sign of the teen.

"The first thing that went through my mind, is my daughter being tortured? Is she dead? It's an unexplainable feeling," Monares said.

Finally, a breakthrough came when Monares scanned through her daughter's Venmo account, which is an app people use to pay friends or bills straight from their bank account.

One recent recipient was Tuazon, according to Monares. She searched his name and found he had a residence in Warren County, Pennsylvania.

She also notified the Frisco Police Department who were able to obtain a warrant, charging Tuazon with unlawful restraint.

"That's when we knew exactly where they were," Monares said.

The department sent WFAA the following statement when asked why it chose to charge Tuazon with the crime instead of greater charge like kidnapping:

"The preliminary results of the investigation indicate that she left voluntarily with the male and they traveled together to Pennsylvania. While investigators have no information to indicate that she was in any danger at any time, because the male allegedly transported her across state lines without parental permission, a warrant was issued for his arrest for Unlawful Restraint."

Officials in Pennsylvania were able to find Tuazon and the teen on Jan. 31, after the warrant was obtained.

Monares said the relief was indescribable.

"The pain was just so unreal. It was the worst two weeks of my life, and I'm lucky she's alive. Some parents never find their children and I consider myself very lucky," Monares said.

The teen is now undergoing therapy and Monares said when her daughter returned, she revealed that she hid her discussions with Tuazon through "Discord and Tor."

Credit: WFAA
A photo of Janie Monares as she speaks with WFAA.

Now, the young girl's internet time is monitored and her phone has been taken away. The parents even use a keylogger to track what websites she's on and what she types, just to be safe.

The cautionary tale, for Monares, is more like a cautionary nightmare she woke up from, and she wants every parent to hear it.

"I don't think I can ever relax again until my children are adults," she told WFAA.

Why didn't our phones receive an Amber Alert notification about missing Fort Worth girl?