A sea of cars lined up outside of the Mesquite Reception Center where state and local officials were handing out vouchers for hotels. 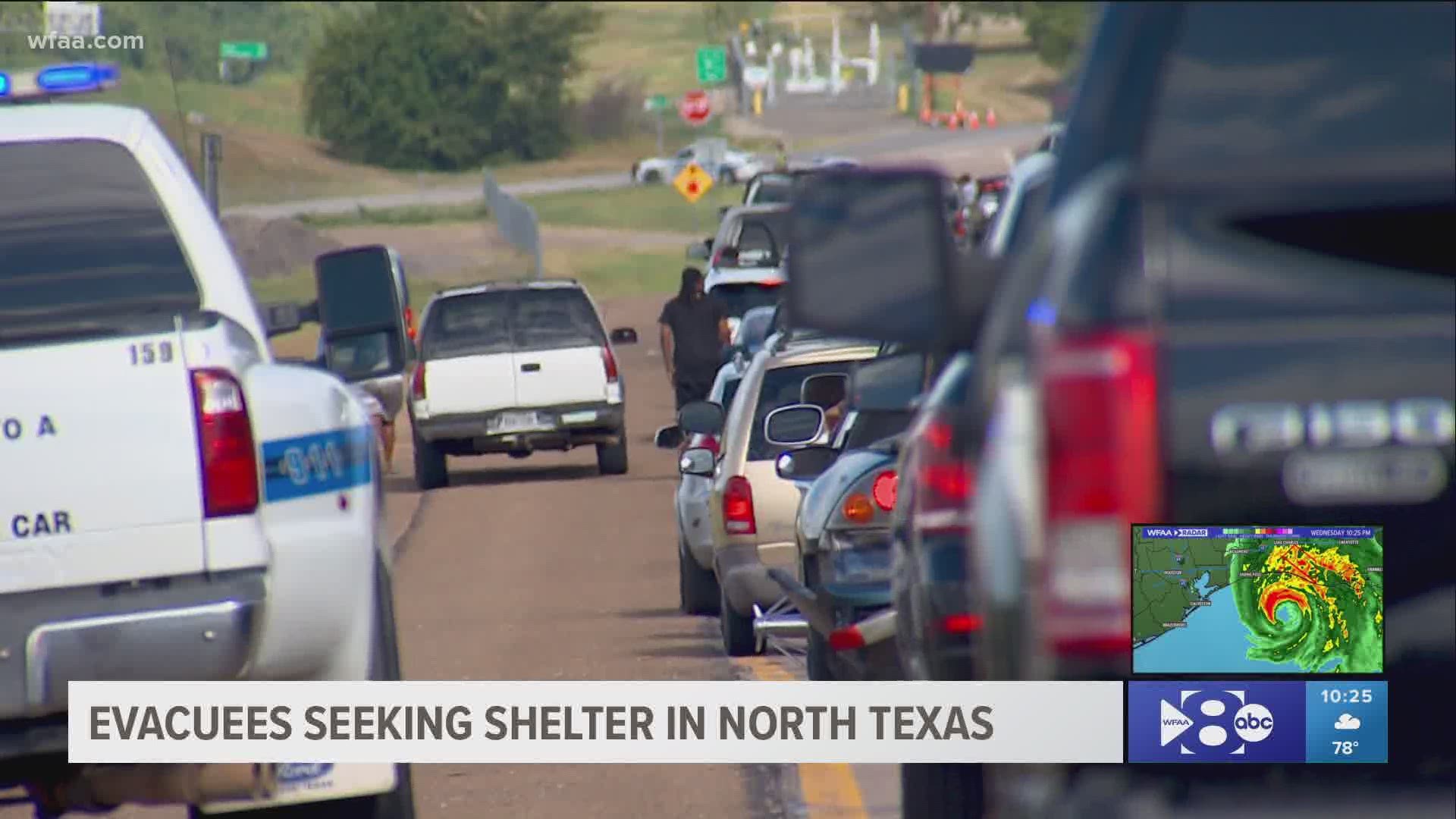 DALLAS COUNTY, Texas — A long line of cars alongside Interstate 20 in Mesquite gave a clear indication that North Texas is going to gain a few new residents over the next several days as Hurricane Laura makes landfall.

The Mesquite Reception Center and the Knights of Columbus Hall in Ennis are two designated areas in North Texas where Hurricane Laura evacuees can go to obtain a hotel voucher.

Shelters are not an option in 2020 due to COVID-19 concerns.

The demand was obviously high. WFAA spotted hundreds of evacuees parked alongside I-20 in Mesquite, many of them waiting hours to get a voucher.

Many along the coast aren't taking any chances following the devastation left behind by Hurricane Harvey in August of 2017.

Evacuee CJ Jones told WFAA that he left his home in Beaumont Tuesday morning, and chose to take refuge in Dallas because some relatives are nearby.

He explained that he and his family also evacuated before Harvey hit.

"The last few storms, we all evacuated," Jones said. "It was hectic."

Jones was seen walking car to car checking on people in line.

One person Jones was checking on had an older van that was cooking idly in the sun.

"It's hot out here, it's nerve-wracking...but everything is going to work out," Jones said.

A person in line that was happy to be away from the storm was Tiranie Dixon.

Dixon is from Port Arthur and told WFAA that she chose not to leave her home when Harvey struck.

"We had to walk through the floodwaters, get on boats, and then get rescued out of there," Dixon said.

She added that she wanted to avoid living that experience again.

Across town, just south of Dallas along I-45, the Minuteman Disaster Response team was gearing up to head towards the coast to help.

Armed with two rescue boats, the team was celebrating an uncanny anniversary.

Three years ago on August 26th, they were driving down to Houston to assist with Harvey disaster efforts.

"We were there to help those citizens immediately," Director Scott Everett said. "That's what we hope to do here."

Hopefully, however, brave volunteers won't be needed as much this time around. 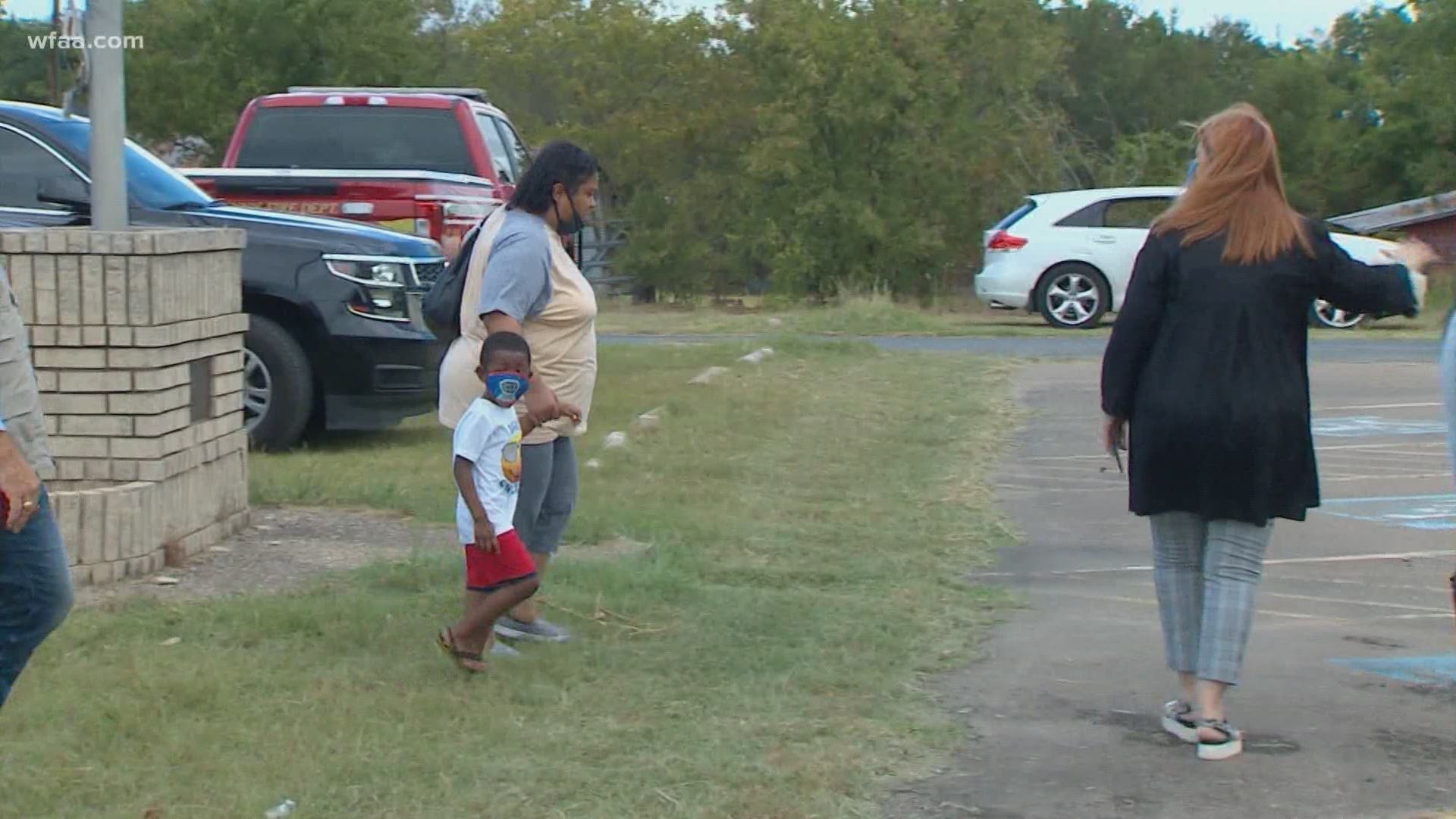