Many likely remember the historic neon arches that thousands walked under in the original Dallas Alley. They were eventually taken down, but now they are coming back 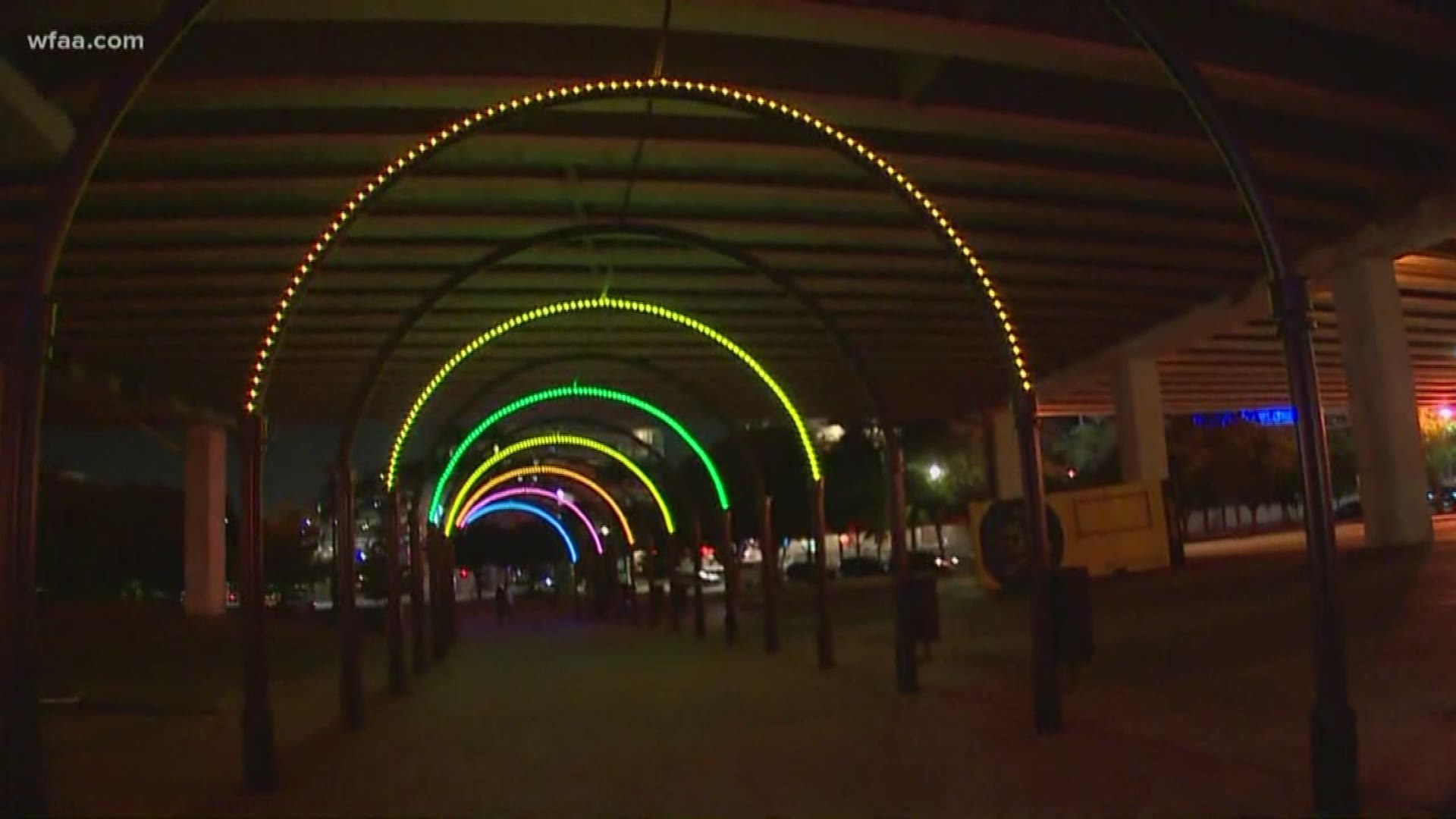 It’s an exciting week in Dallas’ historic West End neighborhood. Many likely remember the historic neon arches that thousands walked under in the original Dallas Alley. They were eventually taken down, but now they are coming back — with a twist.

On Wednesday, the Dallas Innovation Alliance unveiled another set of lit arches, not far from the old ones, that will showcase computer-programmable LED lights. The arches will serve as a walkway connecting the West End and Victory Park.

“Anybody that grew up in Dallas remembers these neon arches as the Gateway to the West End,” Jennifer Sanders Executive Director for the Dallas Innovation Alliance said. “The hope is that this creates memories for a new generation of Dallasites.”

RELATED: How to win friends and #influence people on Instagram

The programmable LED lights will allow the group to change the colors for big events or games, it will also give kids the chance to possibly have their design displayed in public.

“Each of these LED bulbs can be separately programmed, so the different types of shows we’re going to be able to do over the year are just incredible,” Sanders said.

More than that, they hope it will ignite and connect two important neighborhoods in downtown Dallas.

“Because of the aesthetics here and the connection points, we really felt like this was a good way to re-imagine Dallas alley,” Sanders said. “So you think again, how do you match the old with the new, and reinvigorate this together and infuse, that is what I really hope this plaza becomes.”

Tony Street owns Y.O. Ranch Steakhouse and Family Thais Asian Bistro in the West End. He thinks the arches coming back signifies growth and resurgence for this neighborhood.

WFAA
Remember the Dallas Alley? It was the place to hang out back in the day. The lighted arches are coming back to Dallas' West End. Share with us your favorite memories and photos. (Photo: Dallas...

“It just reminds me of the good old times,” Street said. “It’s going to connect a couple of very important districts right in the middle of downtown Dallas.”

The arches were officially lit at a celebration in the West End Wednesday evening.

You can learn more about the work of the Dallas Innovation Alliance here.