Janet Katz wanted to save the life of her partner Larry Luskey. A final CT scan revealed that she needed saving, too. 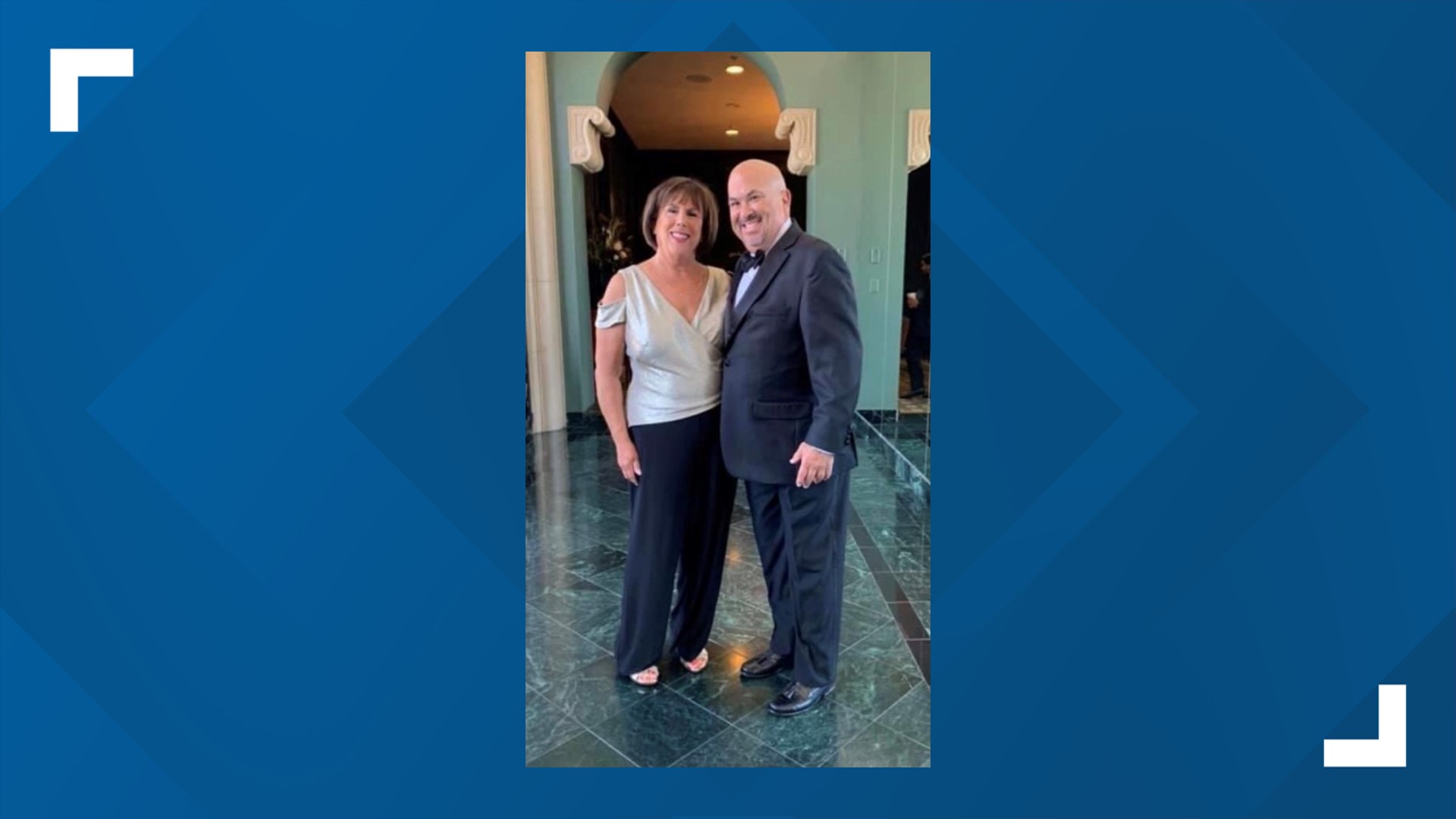 DALLAS — It takes a special person to agree to be a living organ donor, literally offering a piece of themselves to save someone else's life. As Larry Luskey and Janet Katz will tell you, sometimes the donor gets a life-saving gift too.

The two Dallas residents thought they had a pretty good plan. Luskey, 62, suffering from the complications of high blood pressure and diabetes, was told by his doctors that he was in irreversible kidney failure. He wasn't on dialysis yet, but he was told a kidney transplant would be his only long-term solution.

"It's very common, and that's the problem," said Luskey. "And I didn't take it as seriously as I should."

So, Katz, his partner, decided to be tested at Medical City Dallas to be his kidney donor.

Katz had to get a final CT scan of her kidneys as a part of the battery of medical and psychological tests required to prove she would be a matching donor.

RELATED: Garland mom is a reminder you can help save families on North Texas Giving Day

"And [the doctor] said, 'Are you sitting down?' And I said yes," she recalled of the phone conversation with her doctor.

Katz had no symptoms but the scan revealed a large renal cell carcinoma tumor taking up most of her left kidney. The cancer appeared contained to the kidney and hadn't spread to other parts of her abdomen. The kidney would need to be removed. Her life was saved by her own altruistic offer to be a kidney donor.

"It was a miracle," Katz said of the discovery and the successful surgery. "It saved my life!"

"The way I look at it is she saved her own life," said Katz's doctor, Tiffany Anthony. "Her willingness to step up and donate to someone she loved led to us finding the cancer. And if she had not been willing to do that, it might have been discovered too late for her. But I think she saved her own life by essentially a good role of karma."

Katz, who is also a breast cancer survivor, is healthy now. Her surgery was successful. And Luskey, who's dropped 60 pounds to improve his own health, will still eventually need to be saved by a kidney transplant.

"But if anybody deserves to be saved, it's this lady right here," he said sitting next to Janet. "Everybody says you have an angel and this is my angel. I'm going into this with a very positive attitude.

"I'm not going to let her go anywhere and I'm not going anywhere. I keep telling her I'm not leaving her so she's stuck with me forever."

And they'll share the story that organ donation saves lives - sometimes, even someone you might not expect.