“We attend a lot of funerals. But here recently, it’s just been so often. Of all people, why am I still here?” said Billy Williams. 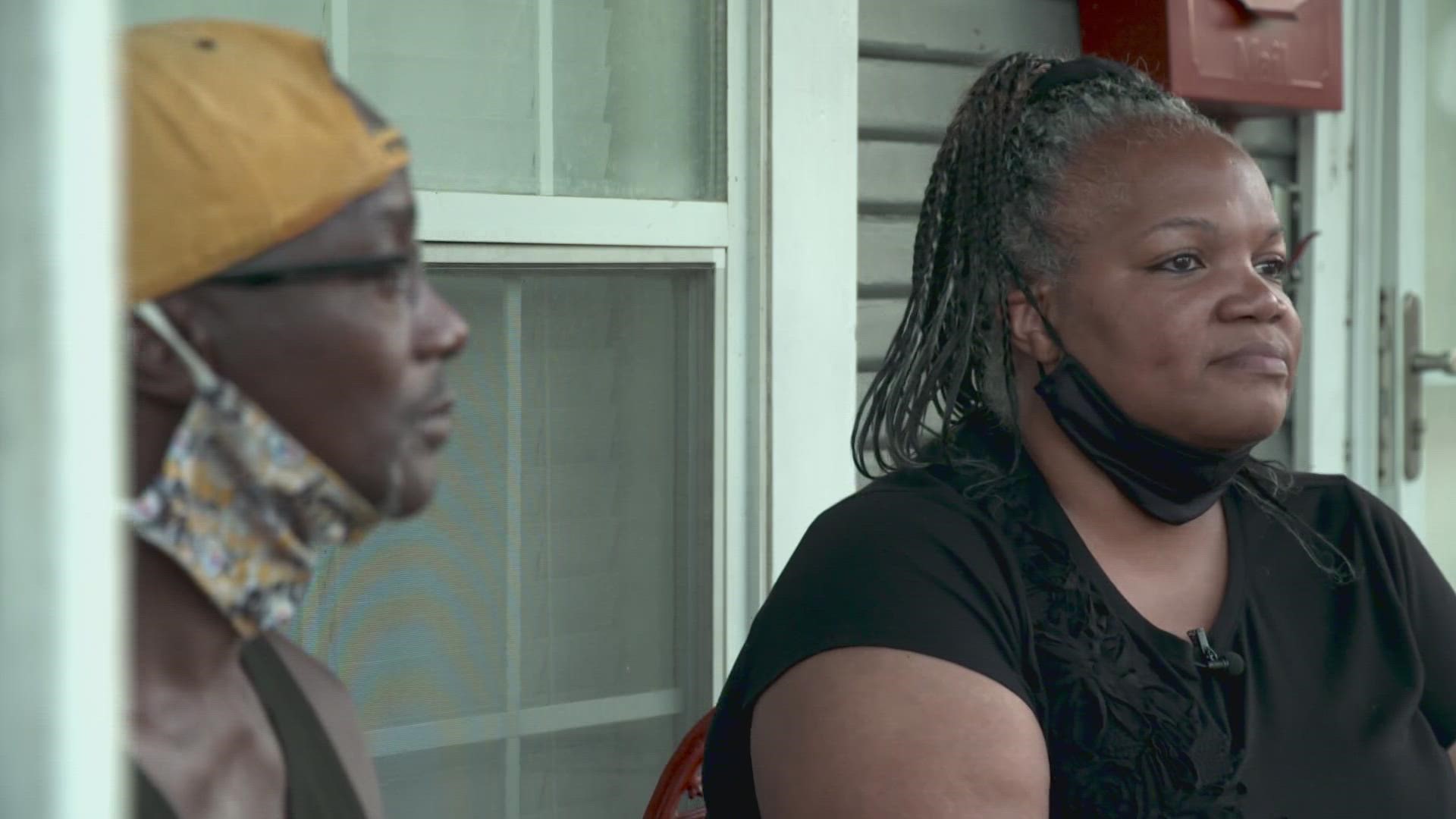 MCKINNEY, Texas — Billy and Tara Williams have stopped counting the number of funerals they’ve gone to or been invited to. The McKinney family has lost eight family members in a six-month span to COVID-19.

The last death was Tara Williams' aunt several weeks ago, Betty Pierce. Tara was very fond of her dad’s sister. She said they would talk on the phone every day.

“She passed away on a Wednesday and she was getting the shot that Monday,” said Tara.

The family said Pierce’s health had declined quickly after making early progress. Tara is especially shattered because her voice was the last voice Pierce heard before dying.

Sadly, that meeting never happened and Pierce was put on a ventilator before she passed.

The family has lost uncles, aunts and cousins in the last half of the year.

“We attend a lot of funerals. But here recently, it’s just been so often. Of all people, why am I still here?” said Billy Williams.

Tara told WFAA she believed all the "negative stuff" on social media about vaccines and did not plan on getting it. But when her aunt passed, that was the final straw. Tara still recalls her aunt’s words that repeated in her head.

“Tara, you need to get the shot. I said, ‘Aunty I’m not getting that shot,'” said Tara.

Billy and Tara are now both vaccinated. They have shared their stories of grief with other family members in hopes of changing their minds. Tara said she has convinced more than a dozen close family members to get the shot.

“I take them to Walmart. They know me. Once I get there, they’re like, ‘Here she comes with somebody else.’ They know me,” said Tara.

They understand everyone has a choice whether to take the vaccine. But for them losing eight loved ones gave them none.