'It makes me cringe': She gained a following for being an anti-vaxxer. Now, she advocates for people to get vaccinated against COVID-19. 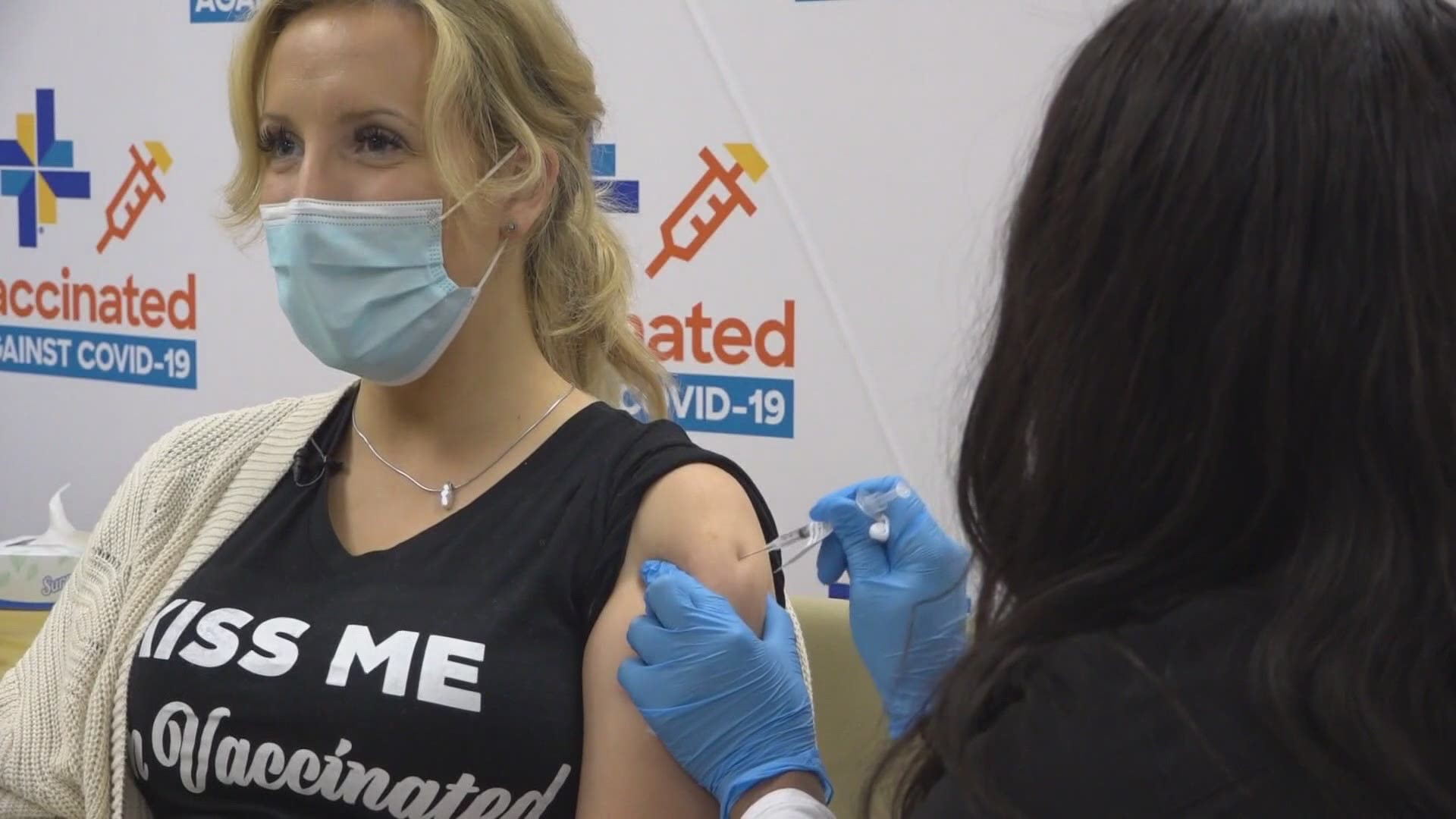 CARROLLTON, Texas — For Halloween 2019, Heather Simpson dressed up as the measles.

Yes, those measles. The disease.

"I thought, 'What can I do to make the people that hate me angry?'" Simpson remembered.

And those people existed.

In February 2019, after watching a 9-hour docuseries on the anti-vaccine movement, Simpson decided to share her first post on social media condemning vaccinations.

"I was a full-on anti-vaxxer by that point," Simpson said. “I made this post that showed my concerns about vaccines. It was a very long post, and it just got shared hundreds and hundreds of times. Within a week, I had gotten like 4,000 friend requests.”

From there, her popularity only grew. Her anti-vax social media posts and polls were shared thousands of times and drew tens of thousands of voters and commenters. She made nearly $400 selling her own anti-vax T-shirts.

She also had what she calls haters.

“For whatever reason, I became the target anti-vaxxer, so the pro-vaxxers literally made 12 hate groups," Simpson said. “They would take everything I posted and just make fun of it. All of those groups have a lot of followers, and it just took off a life of its own.”

Simpson said she also lost a lot of friends, but it wasn't the backlash that changed her mind.

“I really believed that vaccines could kill kids, and that what I was sharing could save a life," Simpson said. "It was kind of like, the more hate I got, the more I’m doing something right. You know?"

In October 2019, after she dressed up as the measles for Halloween, there was a measles outbreak in the Pacific nation of Samoa. She said mothers started sending her photos of and information of children who died from the disease.

“I think, at that moment, the gravity of what I had done and the crowd that I was a part of kind of hit me," Simpson said. "I thought, 'Wow, people are dying from preventable diseases, and we're just make this a Facebook fan club.'"

However, Simpson said she knew of too many people who died from the virus to believe it wasn't real.

"I just kind of disappeared into my own world after that, which allowed me to be able to read real science," Simpson said.

In April, Simpson got her first dose of the Pfizer vaccine. She had a bad reaction to it, so doctors advised her not to get her second dose. She said she was hesitant to share that as part of her new pro-vax platform, but she found that sharing it helped people.

"I showed that these reactions are rare," Simpson said. "It happened to me, but that’s why it’s important for you to get yours, if you can get it. That helps us reach herd immunity.”

Simpson also has started the process of getting her 3-year-old daughter caught up on her routine vaccinations.

Looking back, Simpson said she regrets what she's said and posted.

"It makes me cringe to know I was like that," Simpson said. "It was like I thought I was some authority on the subject. I was so confident."

She said the confidence stemmed from the support she received online, and she said she sees that same confidence when reads through anti-vaxxer posts now.

"They’re so confident that they know more than doctors and scientists and that they have this secret knowledge," Simpson said.

Simpson said she believes there are two groups of anti-vaxxers: those who are afraid and those who use conspiracy theories to promote their own products and platforms.

"I do have empathy for the people that are scared," Simpson said. "Be careful what you read on Facebook. There are so many factors that go into it. Millions upon millions of people have been vaccinated and they’re completely fine, but you’re not hearing about those people."

A different message for the latter group.

“People’s lives are at stake because of that, and I don’t have any empathy for them," Simpson said.

As she continues to spread her newfound perspective, she admits she's lost more friends, but she's also gained new connections.

“I don’t condone the things that the haters said to me," Simpson said. "They told me to kill myself. They told me how to do it. I don't condone that at all, but I understand why they felt that way toward me. It was maddening. This girl with no medical degree spouting all this misinformation online."

The focus now is on spreading her story with the same, if not more, vigor that she did before.