President Trump touts US testing for coronavirus, but calls it 'double-edged sword'

President Donald Trump said the U.S. would be showing 'almost no cases' if there was a lack of coronavirus testing. 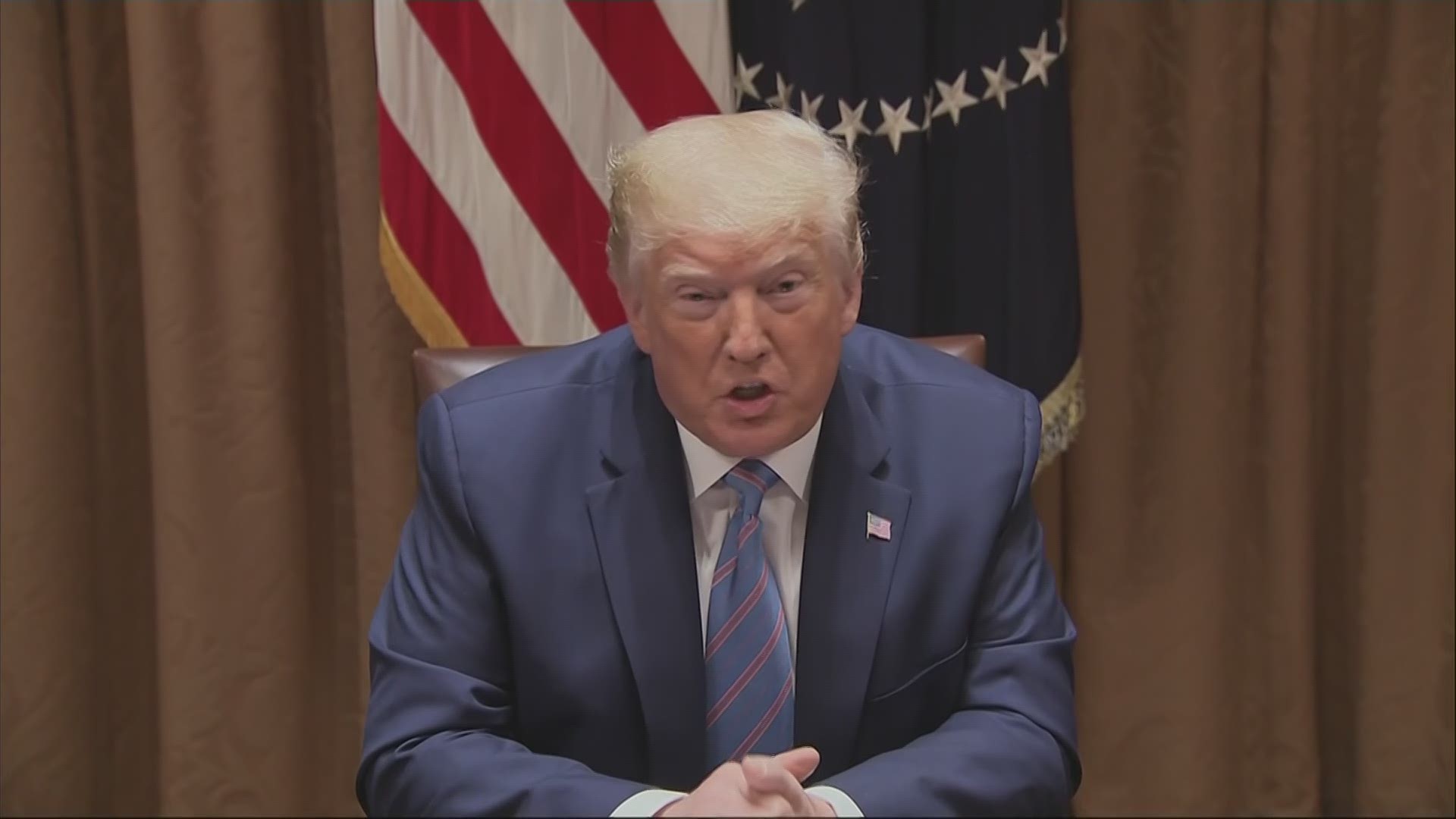 President Donald Trump on Monday touted the amount of coronavirus testing the U.S. is conducting. But the president said it is a "double-edged sword," appearing to suggest that the number of U.S. cases would be lower if there was no testing.

"Our testing is so much bigger and more advanced than any other country (we have done a great job on this!) that it shows more cases," Trump tweeted Monday morning. "Without testing, or weak testing, we would be showing almost no cases. Testing is a double edged sword - Makes us look bad, but good to have!!!"

Trump reiterated those statements at a White House event later in the day.

"Again, our testing is so far advanced, it's so much bigger and better than any other country, that we're gonna have more cases, we're always going to have more cases," Trump said. "And as I said this morning, that's probably the downside of having good testing, is you find a lot of cases that other countries, who don't even test, don't have. If you don't test, you don't have any cases. If we stop testing right now we would have very few cases, if any."

Trump added that the testing allows for contact tracing, "because we find out where it's going, how it's going, who it's going to, and we take care of it."

Credit: AP
President Donald Trump speaks during a news conference in the Rose Garden of the White House, Friday, May 29, 2020, in Washington. (AP Photo/Alex Brandon)

Vice President Mike Pence said in a private call with governors Monday that except for a few places, the U.S. is seeing strong drops in virus-related hospitalization and mortality rates. In audio of the call obtained by The Associated Press, Pence urged governors to make it clear to residents that “there’s a lot of really, really good news."

Pence also claimed that a rise in testing was a reason behind new coronavirus spikes, even though data has shown that such a claim is misleading.

An analysis of data collected by the New York Times found that the seven-day averages in several states have increased since May 31, and at least 14 states have seen positive cases surpass the average number of tests administered.