Texas told store owners they could reopen Friday. So, did they?

If Fort Worth’s most popular shopping destinations are indications of what happened statewide, retailers are taking a cautious approach to reopening. 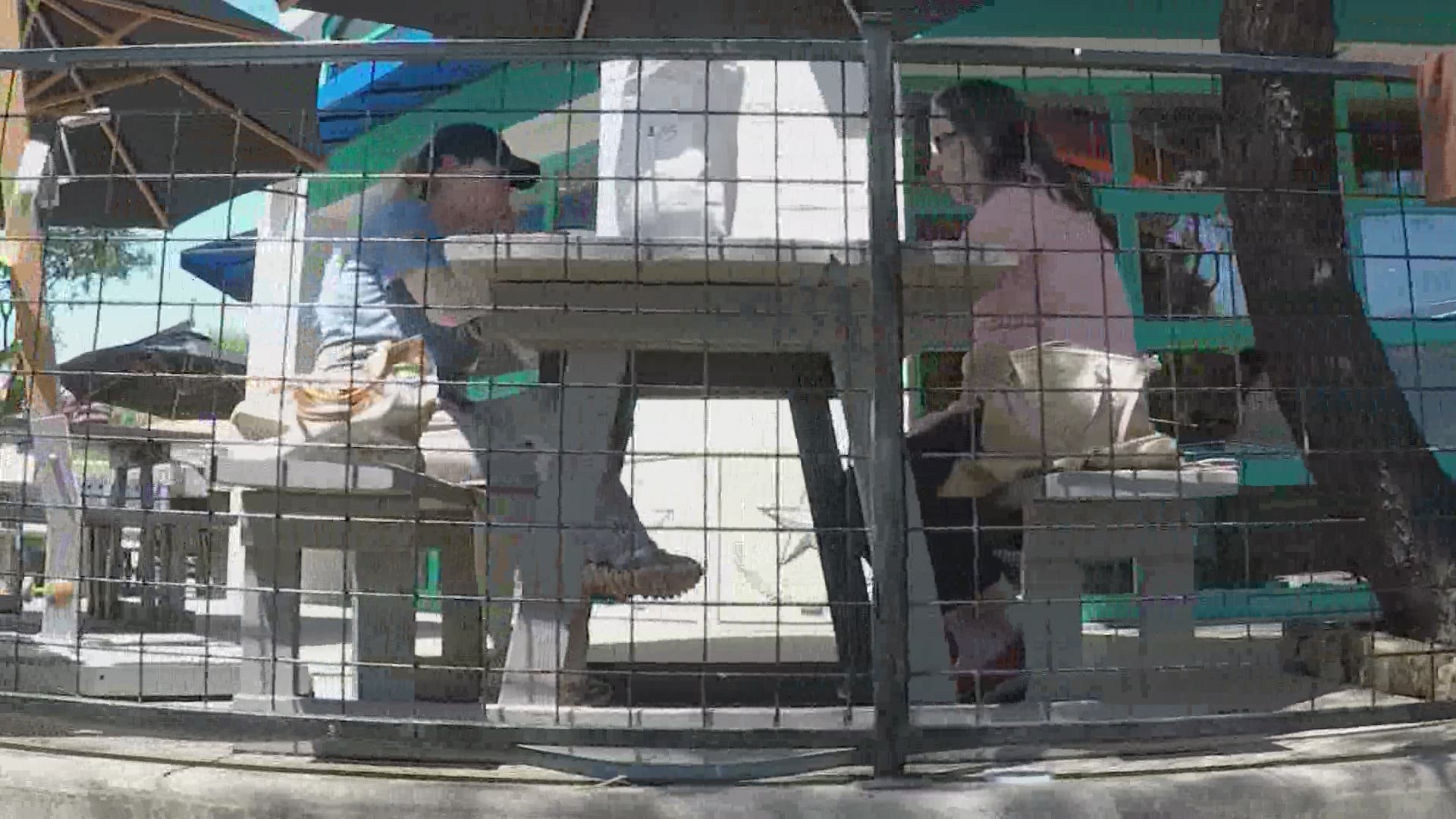 FORT WORTH, Texas — Near Sundance Square in downtown Fort Worth on Friday, a store front displayed masked mannequins.

But the clever marketing didn’t seem to be attracting many customers.

Texas gave retailers the green light to reopen after a shutdown that lasted more than a month.

Despite Gov. Greg Abbott’s lifting of a stay-at-home order, as part of a phased reopening plan, shoppers weren’t lined up to get inside. In fact, it was quite the opposite.

In University Park Village and The Shops at Clearfork, most national chain stores remained closed. The few stores that did open on Friday seemed to be quiet.

Restaurant patios were doing steady business during Friday’s lunch hour. Servers at Mesero in The Shops at Clearfork were wearing masks as customers sat at patio tables that, from the street outside, appeared to be well-spaced.

People were also sitting outside on patios at Social House in the West 7th district. The largest patio crowd spotted Friday afternoon was at Del Frisco’s Grill in Sundance Square.

She knows some people are thrilled to see employees working and customers spending money again, while others are scared to see people out.

“I see both perspectives,” she said. “I want to get back to work. This is my livelihood. But I also carry this responsibility for people I have to protect as well.”

She is a single mom and an entrepreneur who has not been able to secure any sort of emergency loan assistance.

She has spent the last few days cleaning and reorganizing both her stores, preparing to reopen them on Monday.

She’s been doing some sales through social media, and plans to continue curbside delivery to anyone who isn’t comfortable shopping inside.

“I think it will be slow for people to feel comfortable coming back out,” she said.

She also knows some customers who have spent weeks eating less than healthy food might not want to buy her chocolate. So, she’s hoping people will consider buying it for first responders or health care workers. She’ll facilitate the delivery, she said.

Ross is trying to navigate the pandemic on her own with only a little help from fellow small business owners.

Many malls in North Texas had help from large ownership groups.

Grapevine Mills, The Shops at Clearfork, and University Park Village are all owned by Simon.

About 50 of Grapevine Mills' tenants reopened Friday and he expects more to open in the coming days.

“We’ve actually reduced the number of entrances that we have accessible to the customer so we can monitor that occupancy level,” Szymaszek said. “Typically we have six main mall entrances, right now only two are open.

He said shoppers can use the entrances by Neiman Marcus and Lego Land.

Seats at the food court are closed. Access to bathrooms is limited. Hand sanitizer stations are out.

RELATED: Texas retailers weigh how to reopen during a pandemic

He said all Simon employees and contractors have their temperatures taken every day and must wear a mask and gloves. Individual retailers are responsible for their own protocols, he said.

He said all Simon employees and contractors have their temperatures taken every day and must wear a mask and gloves. Individual retailers are responsible for their own protocols, he said.

The mall is giving away free masks to customers.

“We feel good about what we have in place,” he said. “But we certainly understand if a consumer wants to wait a month, a week, two weeks until they feel more comfortable coming.”

Ross said the last few weeks have been incredibly difficult, but she knows the next few months will be too.

“I’m ready for normal, but we don’t know what that looks like right now,” she said.