Hospitalizations are far below the winter peak but hadn't increased since mid-April. 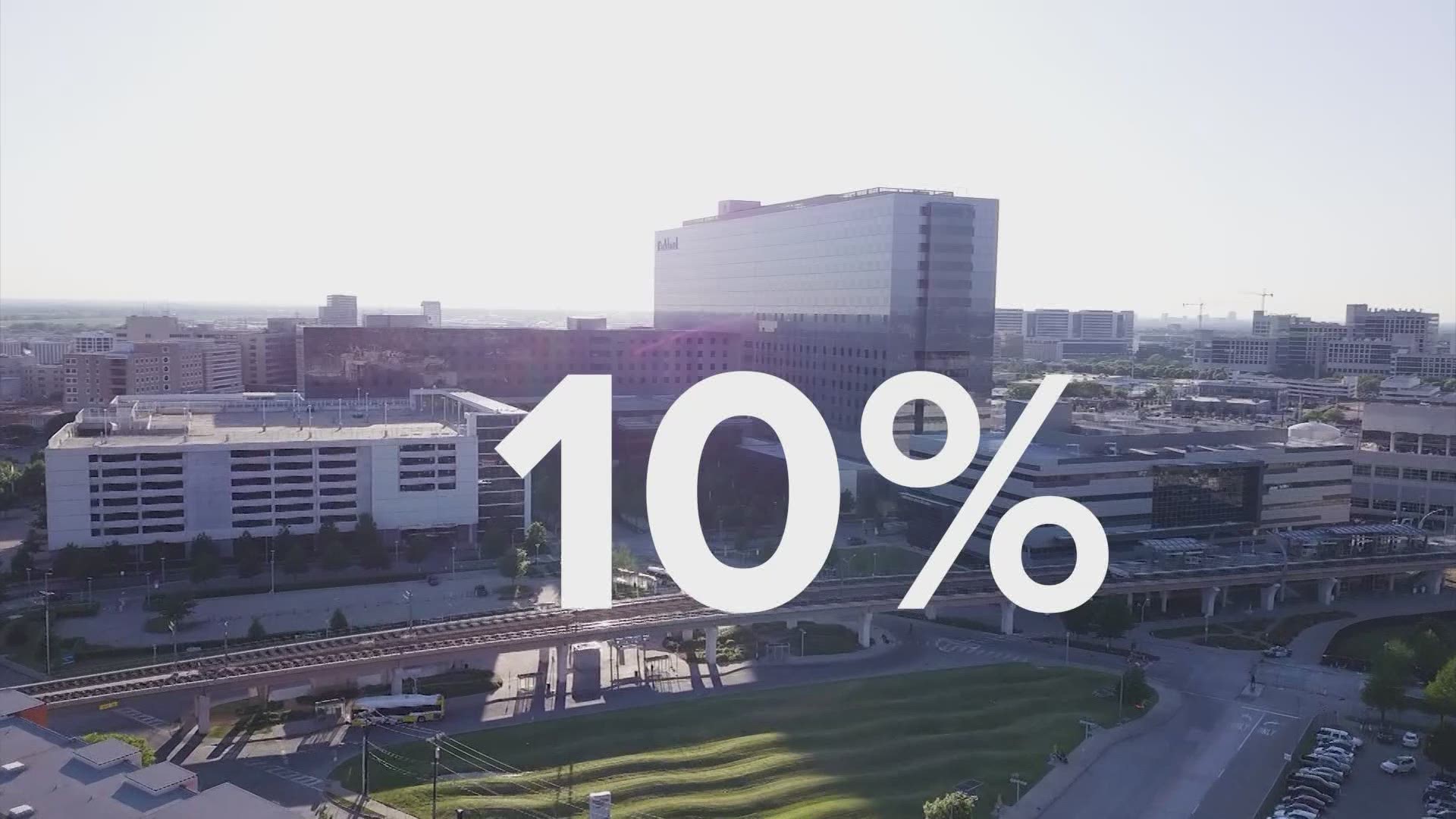 FORT WORTH, Texas — The new Delta variant of COVID-19 first discovered in India and responsible for India’s outbreak is growing across the U.S. and Texas.

Last week, it made up 2% of cases in the CDC’s Southwest region, which includes Texas. Now it’s up to 10%.

Across the country, it makes up 6% of cases, double last week’s level of 3%. In the UK, which has seen COVID spread increase, it accounts for 60% of cases.

John Sims is the director of UNTHSC’s SaferCare Texas which is helping with vaccine outreach.

RELATED: COVID-19 variants given new names based on Greek alphabet

“I don’t think it’s a concern. I think it’s probably a certainty that’s going to come here, which emphasizes even more the importance of the vaccine,” Sims said.

While the Delta variant is more contagious and leads to more serious illness, vaccines are still effective against it. A British study found the Pfizer vaccines to be 88% effective in preventing symptomatic disease after two doses.

“I really hope that we have learned from this pandemic that we really need to be more proactive,” Sims said.

Texas vaccinations have slowed, though, with 46% of eligible Texans fully vaccinated, one of the lowest rates in the country. The U.S. is now unlikely at its current pace to meet President Biden’s goal of 70% of Americans vaccinated by July 4.

“I think that there is some fear among people getting the vaccine and that concerns me,” Sims said.

RELATED: US likely to miss goal of 70% partially vaccinated by July 4

“Communities that are not well-vaccinated, that haven’t hit vaccination targets that we’re looking for, are those that are going to be most at risk in the future,” she said.

The weekly average of COVID hospitalizations in Texas has gone up four days in a row, which hasn’t happened since mid-April. The current hospitalization level, 1,571 patients, is still far below the state’s peak, but Sims says the deadly winter the state and country just experienced should be a lesson to not wait until the spread gets worse.

“I don't want our country or state or city to go through that again,” he said. “The variant is capable of doing that and we have the tools to prevent it and should exercise those tools.”

Dallas County officials say they are figuring out how to legally create a lottery or cash incentive program for vaccines, and the Dallas Regional Chamber announced it is launching a program with giveaways from American and Southwest Airlines and local professional sports teams.

RELATED: Put COVID out of business: Get vaccinated in D-FW and you could win tickets for flights, Cowboys, Mavericks games

Sims said more vaccine access and education are the key to getting rates up and preventing unnecessary suffering.

“I think that there are some communities who are untrusting of health care workers in general, but also of the vaccine,” he said. “The risk from COVID-19 far outweighs the risks of getting the vaccine.” 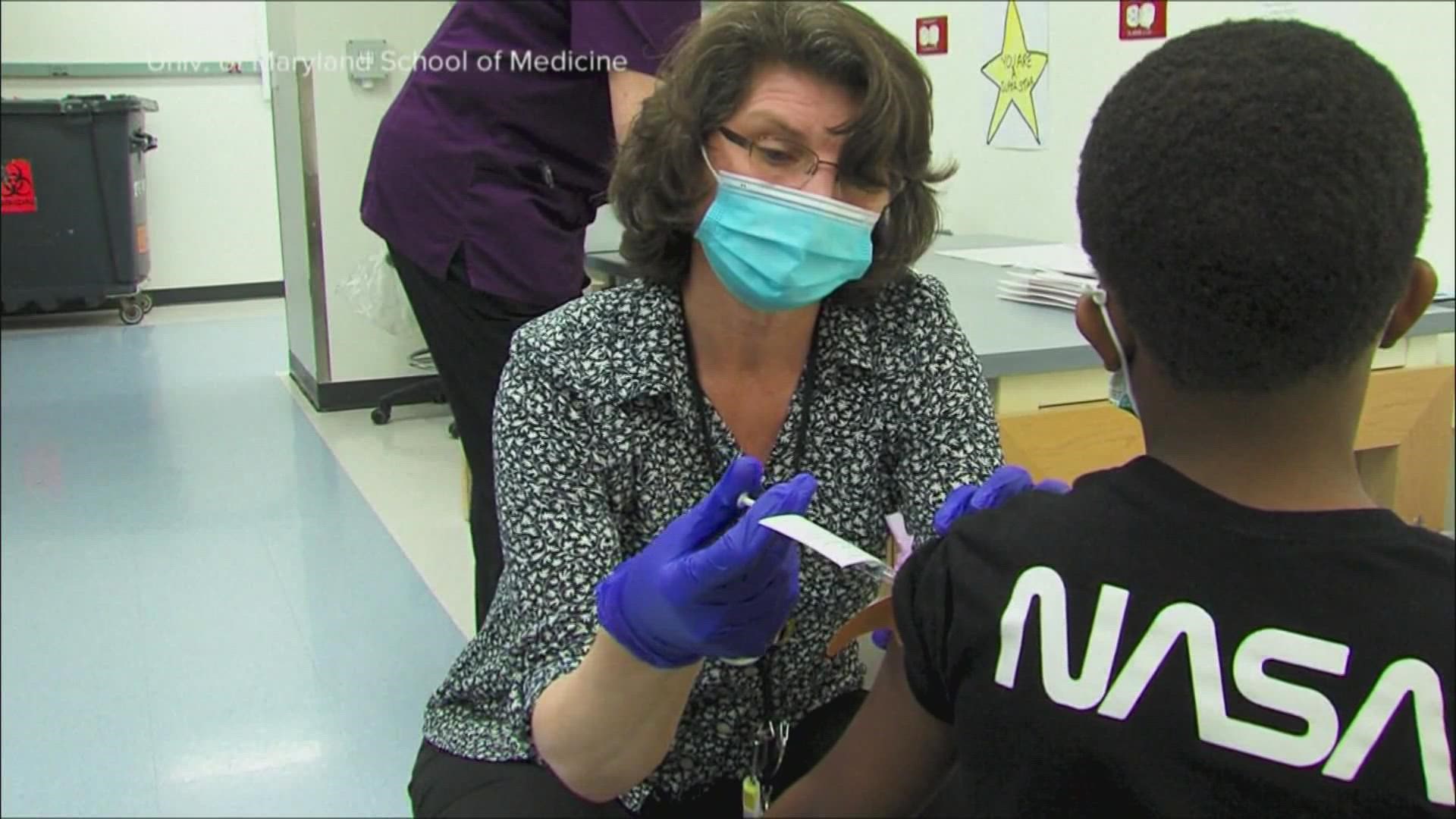 Health check: What's next for COVID vaccines for children