Protests don’t appear to have caused surge in COVID-19 cases in Texas. 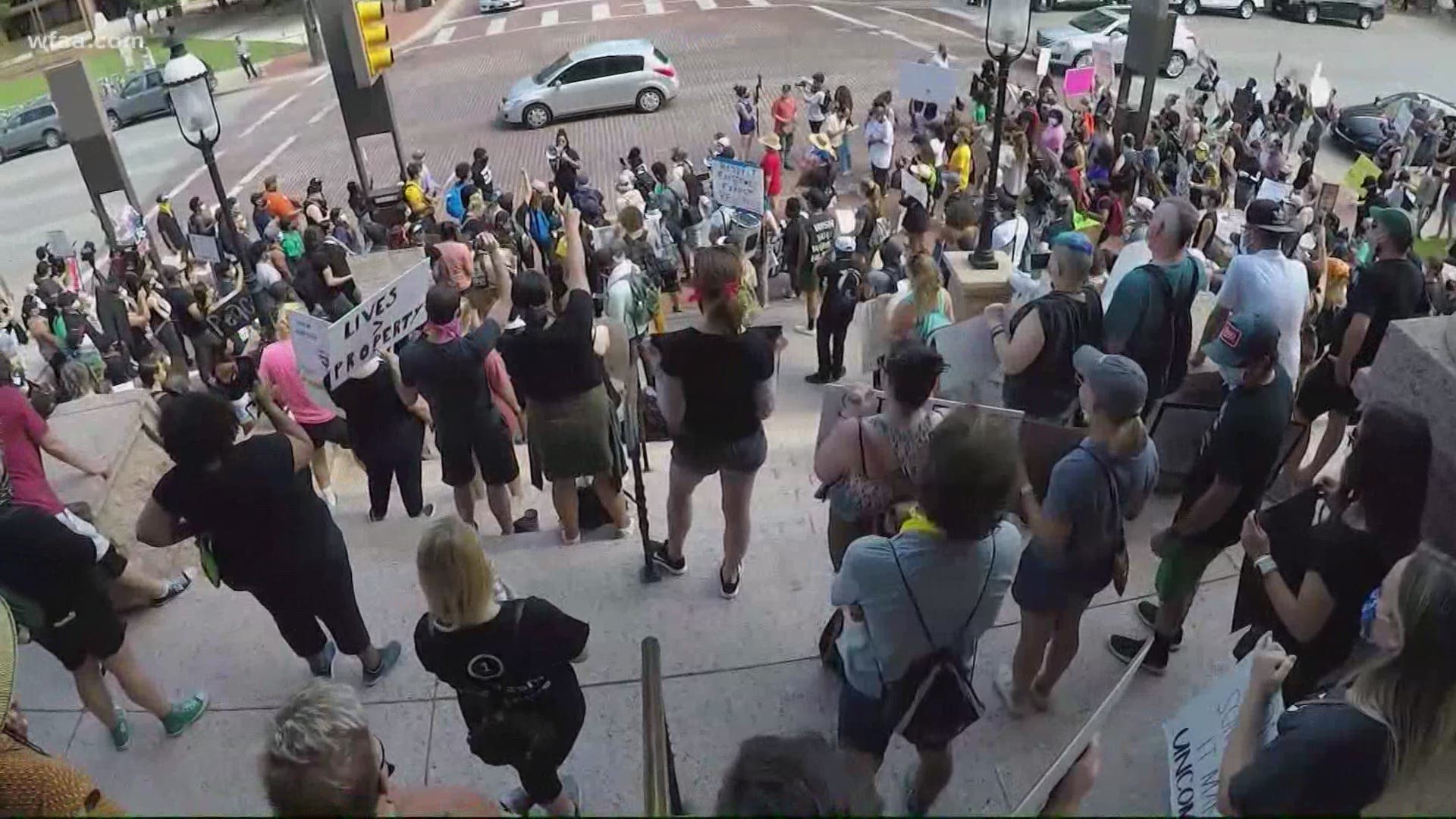 DALLAS — It is human nature to try to get to the bottom of things. When we find a problem, we want to fix it.

Recent Black Lives Matter protests were all about pointing out a big problem and demanding big fixes.

But some people, especially on social media, are trying to point to protests as part of the problem, too.

In repeated stories and posts and comments, people linked the surge in COVID-19 cases in Texas to those demonstrations.

“I don’t think we’ll know for sure, but certainly the science is leaning towards saying being in those environments wasn’t perhaps as risky as many believed,” said Dr. John Carlo, former medical director for Dallas County Health and Human Services and former president of the Dallas County Medical Society.

He is now the CEO of Prism Health, a community-based HIV and AIDS service organization in North Texas.

Carlo said it is possible we won’t ever have a definitive answer on whether there is a link, in part because the number of COVID-19 cases in North Texas has risen so quickly – Dallas County alone has reported more than 3,400 new cases in the last week.

That means identifying every move those patients made prior to their diagnoses is difficult, if not impossible, Carlo said.

It is voluntary for someone to disclose where they have been to contact tracers.

“This is a huge amount of effort.”

Credit: AP
Persons observe social distancing as they wait in line at a walk up COVID-19 test site in front of American Airlines Center in Dallas, Thursday, June 11, 2020. The walk-ups have extended their hours of operation this week, with officials urging anyone who has participated in large gatherings of any sort to be tested for the coronavirus. (AP Photo/Tony Gutierrez)

Gov. Greg Abbott attributed the surge in coronavirus cases across the state to the opening of bars.

“If I could have done anything differently it would have been to delay the opening of bars,” Abbott told WFAA. “In hindsight that should have been delayed especially now knowing how rapidly coronavirus could spread in the bar setting.”

It might seem as if a large crowd with a lot of chanting would be a likely place for the virus to spread.

Carlo said the coronavirus is so new that there is little conclusive research, but emerging data seems to indicate that being outside and moving around is less risky than being inside and standing still.

“We don’t know everything for sure, but one of the things we’ve seen in contact tracing around the world is that the exposures, when known, usually happen around people who were around someone infectious for an extended amount of time,” he said.

“Church or school choirs or family gatherings - when you’re talking about hours together – the opposite of that would be what would be in a protest," Carlo said.