No state agency is tracking the number of Texas school employees who die from COVID-19. So WFAA is.

“She was great. And then she was gone,” said a colleague about Lancaster High School teacher Evonna Stewart, who died of COVID one day shy of her 27th birthday. 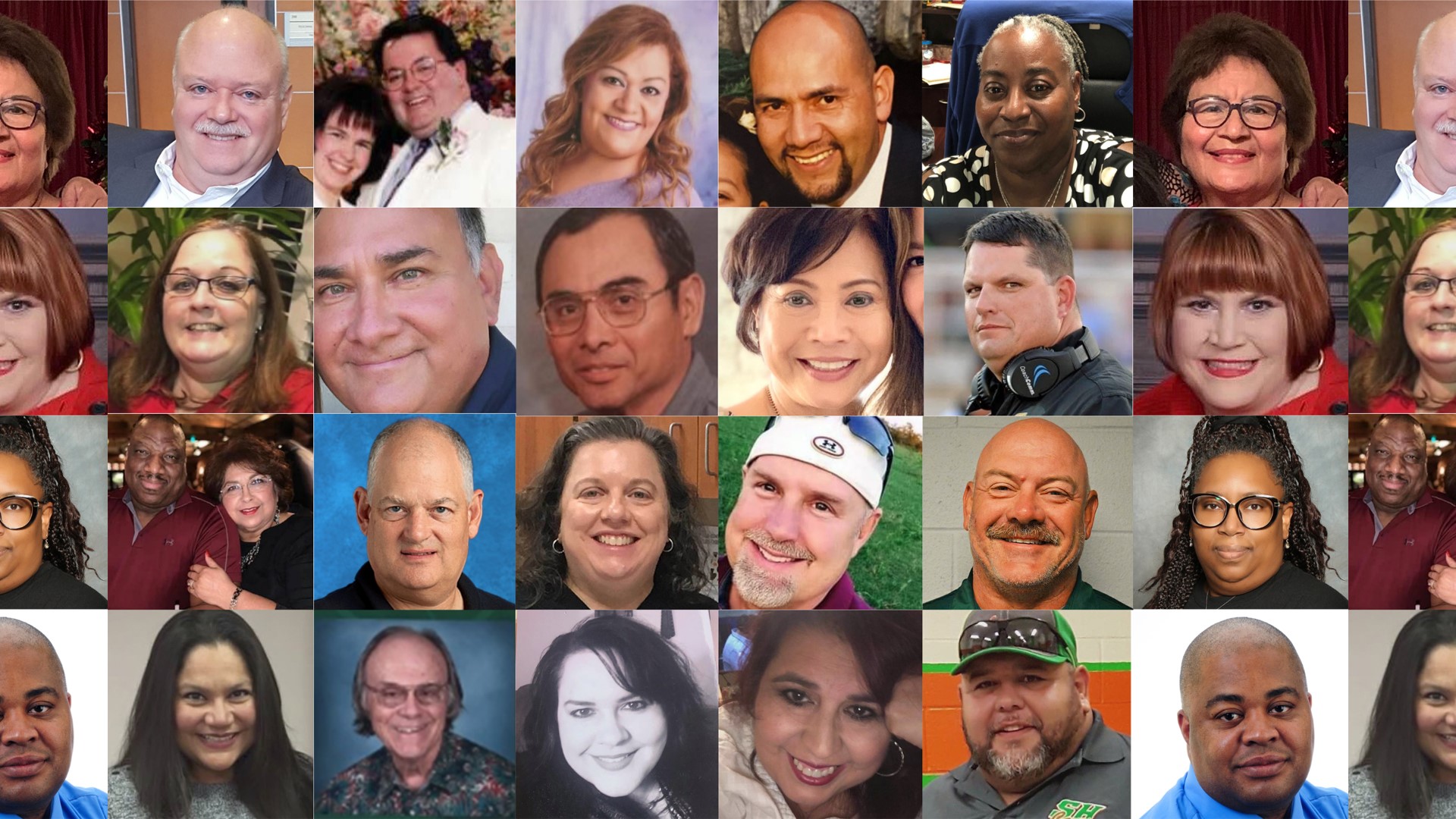 The object of his affection wasn’t a girl. It was a sound.

“When he was 13, he was watching television and landed on a movie called ‘The Glenn Miller Story’ and he said, ‘That’s what I want to do!’” said Cary’s wife, Sharon Trimble.

He learned to play trombone because that’s what the famous Glenn Miller had done.

Cary then followed his dreams from his hometown near Houston to North Texas where he worked as a DJ, formed a big band orchestra, and earned a degree in music education.

He and his family moved back to the Houston area in 2015.

He was most recently a band instructor at Aristoi Classical Academy in Katy.

Cary taught virtually for much of 2020 but returned to the classroom in the fall.

In early 2021, he died from COVID – one of dozens of school employees across the state of Texas who have lost their lives to the virus.

The exact death toll is not known because no government agency is tracking it.

The Texas Education Agency told WFAA in a statement in March that, “while the agency does not track mortality data, all of us who work in education have been saddened by educator deaths from COVID. One teacher death is too many.”

Since no state entity is keeping records of educator deaths from COVID, WFAA is.

Based on a search of news reports, obituaries, fundraising accounts and social media posts, WFAA has collected the names of more than 80 Texas teachers, coaches, custodians, cafeteria workers, counselors, administrators, librarians, bus drivers, and other school employees who died from the coronavirus.

RELATED: Dozens of Texas educators have died of COVID-19. These are some of their stories

And while 84 represents a tiny fraction of the hundreds of thousands of school employees in Texas, the loss is far greater than a number could ever reveal.

Paul Blackwell was a teacher and coach at Fannin Middle School in Grand Prairie ISD.

Teaching meant “everything” to them, said their son Brandon Blackwell.

He said his parents had been afraid to return to in-person learning when the 2020-2021 school year began.

They both caught COVID before Thanksgiving.

Brandon said his father was grading papers from his hospital bed even though nurses kept urging him to rest.

By mid-December, the virus had become too much for the Blackwell’s bodies to bear.

“They ended up passing one minute after each other, holding hands, while we were in the rooms with them,” said Brandon’s brother, Shawn.

RELATED: Husband and wife, both teachers in Grand Prairie, die of COVID-19

Impact of Texas educators who died

But the rest of North Texas suffered a loss as well.

The ripple effects are deep when an educator dies.

From teachers to coaches and custodians to cafeteria workers - each school employee interacts with dozens or more students a day.

Think of the more than 80 lives lost this year and then consider school years to come.

Thousands of Texas students are missing out on special connections with people who had the power to change their lives.

“My parents were like staples in a lot of these children’s lives who didn’t get that foundation at home,” said Brandon.

Brandon described a box of letters he received from his father’s students.

One girl's letter said he was her only father figure. She had no other men in her life.

She is the head of the English department Lancaster High School in Lancaster ISD and was tremendously proud of former student Evonna Stewart.

Evonna graduated from Lancaster High, earned a teaching degree from The University of Texas at Arlington and then returned to her alma mater to teach.

But Evonna died from COVID in January, the day before her 27th birthday.

“We know kids are resilient. But when you lose someone who is in your corner that has your back and that’s not going to let you fail - that was Evonna. Then it’s like, ‘OK, what am I going to do? I lost her. So who’s got my back now?’”

Through tears Rophietta said, “She was great. And then she was gone.”

RELATED: Why nobody knows exactly how many Texas teachers have died of COVID-19

Within weeks, the state opened eligibility to adults with pre-existing conditions, but school employees as a whole would not become eligible for the vaccine until March when the federal government mandated states make them eligible.

Cary Richards caught COVID in January, before he could get the vaccine.

“He was wanting to be vaccinated before he went back to face-to-face meetings with students,” his widow Sharon Trimble said. “But it didn’t happen.”

He died in February.

Rophietta London is angry about the way she feels educators were treated during the pandemic.

“I don’t want to get ugly or personal,” she said.

She paused for a moment before adding, “People who make decisions need to think about the decisions and choices they’re making for us."

"God knows if this would’ve been handled properly in the beginning, we would have not lost so many people.”

The staff at Lancaster High decided to name Evonna their Teacher of the Year for 2020-2021.

Have you lost someone to COVID-19? We'd like to hear their story: