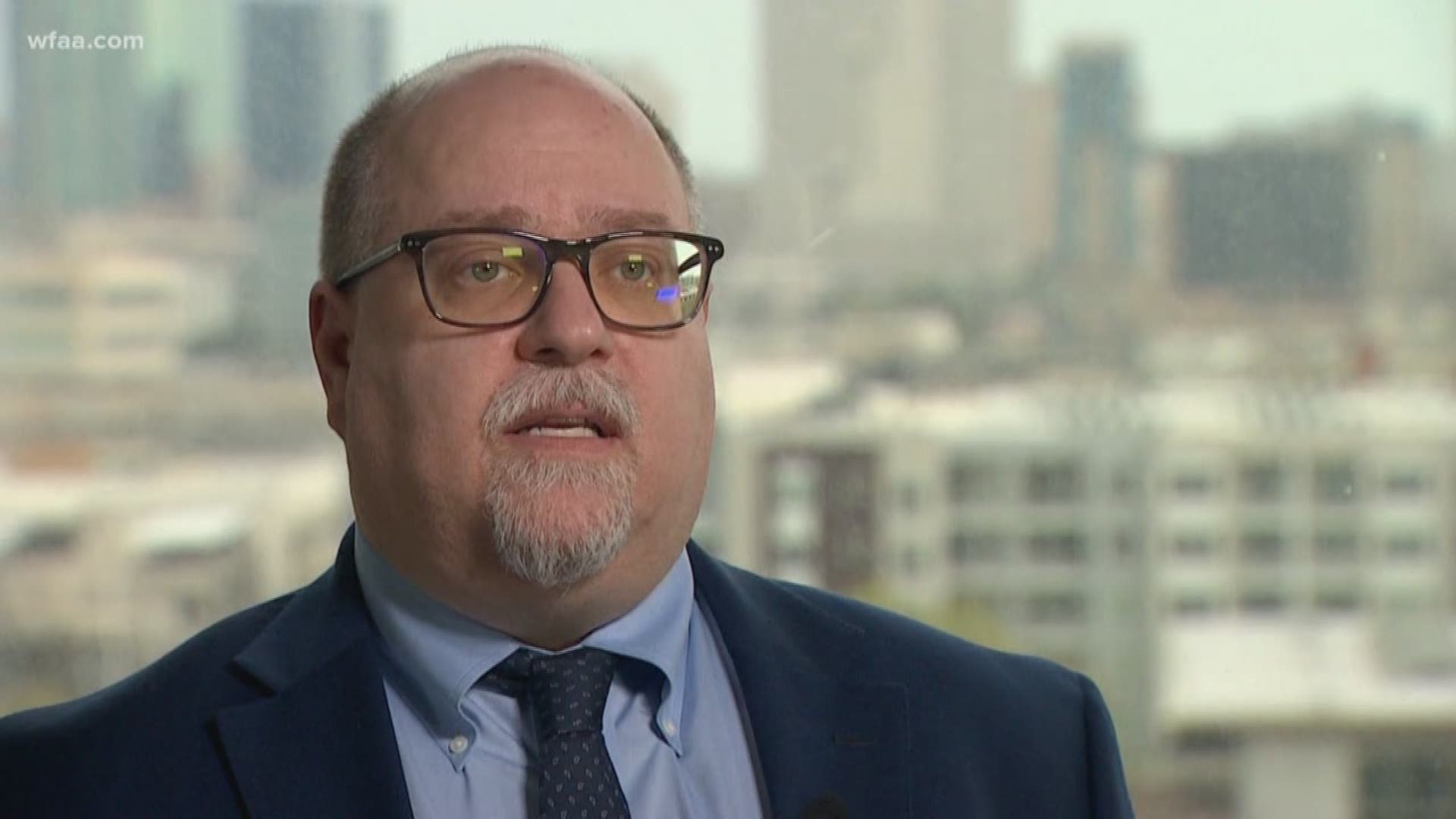 FORT WORTH, Texas — Researchers at the University of North Texas’s Health Science Center are working on a coronavirus treatment, they say, has already shown promising results in people affected.

“Things are evolving very quickly,” Dr. David Siderovski, the chair of the school’s Department of Pharmacology and Neuroscience said.

He said he may be optimistic to expect a vaccine in the next year or year and a half, pointing to HIV/AIDS as an example of something that has been around decades without a vaccine despite best efforts.

“My gut instinct is that it could take a lot more time than we’re hearing,” he said.

The new coronavirus gives a person pneumonia, filling the lungs with fluid, so they need help to breathe.

A professor at the school who has been working with stem cells for decades to help those who have strokes, has helped develop a treatment with researchers around the world.

“We have the best cure or treatment for those type of the disease,” he said.

“Those cells will go in and quiet down the immune system,” Siderovski said. “Some inflammation is good but there seems to be too much inflammation when you get the virus.”

Some of those patients were discharged after improving in just two days.

“Very exciting,” Jin said. “It will be a new approach for those kinds of patients.”

Siderovski said like any vaccine that’s created, it’ll take time before it’s available and it’ll mostly be used for those suffering the most, not the general public and, since it’s not a vaccine, not for prevention.

He doesn’t agree with suggestions HIV medication is working against the virus.

“I think we are starting from scratch and we’re trying to take tools that we’ve used for other viral infections and some will work, and some won’t,” Siderovski said.

He also added that immune boosters or anything over the counter isn’t the answer either.

“I don’t think there’s one tablet that’s on the CVS or Walgreens shelves that will boost your immune system and protect you from the virus, stay healthy yes, but I think the washing of hands and the staying away from crowds is probably the best approach,” he said.

It could be more than a year and a half before a vaccine is available to the public. Siderovski points to HIV/AIDS, which doesn’t have a vaccine after decades of research, but work on the path to an answer is well underway.

“We can’t just knee jerk an idea into the populous to protect people,” Siderovski said. "We may do more harm than good.”