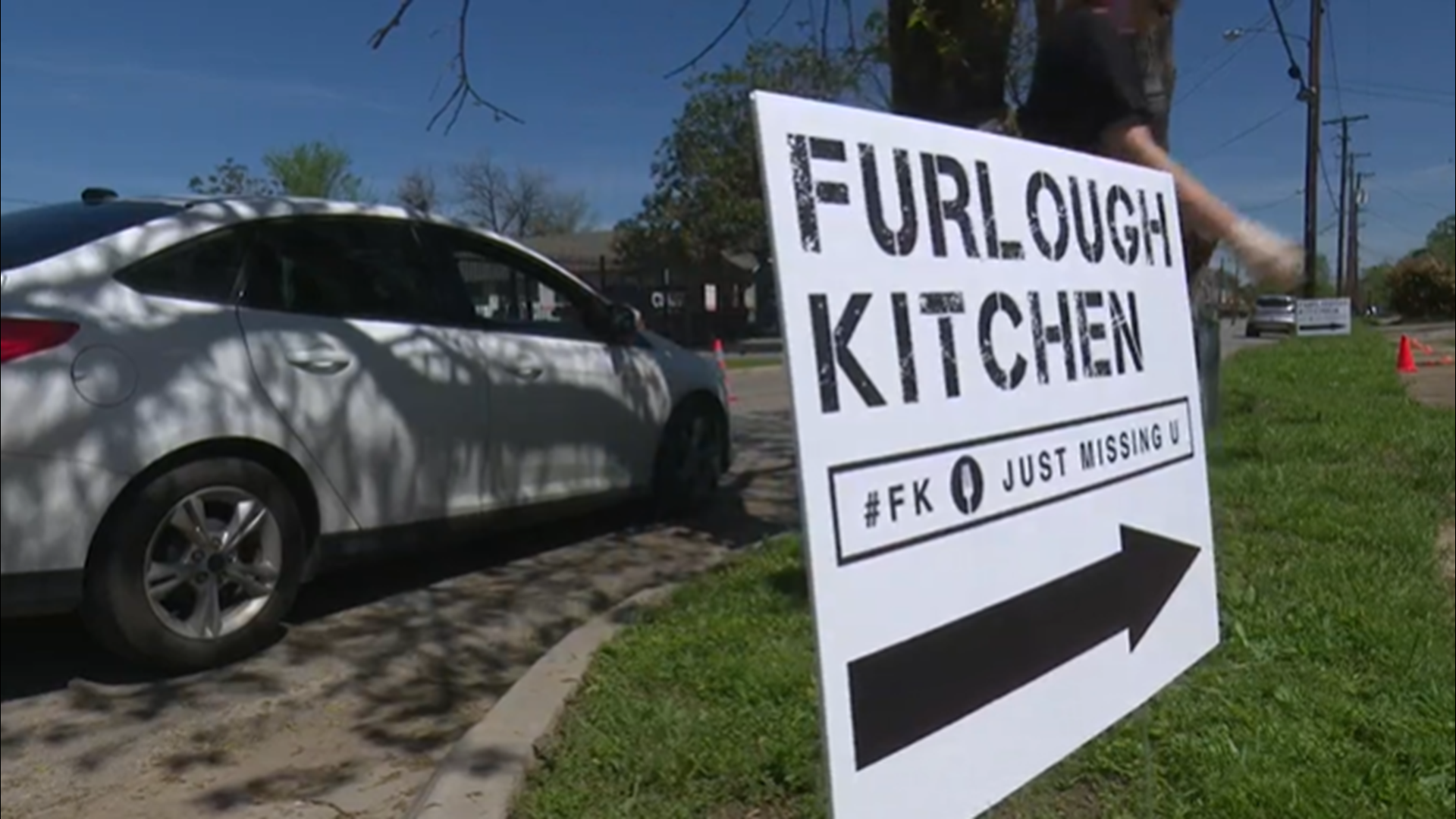 DALLAS — With the restaurant and hospitality industry paralyzed and financially hemorrhaging in the COVID-19 crisis, a Dallas restaurateur decided to offer at least a daily dose of good food and goodwill as long as he can.

Front Burner Restaurants, LLC opened its "Furlough Kitchen" on Wednesday near the corner of Peak Street and East Side Avenue in East Dallas. In a collaboration with CitySquare, Front Burner reopened its catering business, set up an awning along the curb, and started handing out free meals of pork tacos at noon.

DeWitt, whose restaurants in the Front Burner Dining Group include Whiskey Cake, Sixty Vines, Ida Claire, and Mexican Sugar, says he has been forced to furlough 4,000 of his own employees because of the forced closure of in-restaurant dining. He says each employee is offered a free meal a day at the restaurant where they used to work. He says he is also committed to making sure they retain their medical coverage. Meanwhile, he has retained as many employees as possible to offer curbside and delivery service which he says is only providing about 20% of their usual business.

"Our first response was to take care of our own employees, our own restaurants, and get our customers involved in our survival strategy so we could keep as many people on payroll as possible."

"The hard part," DeWitt said, "is I know so many of them. And I know the strain and stress it puts on them and their families."

Now, by opening Furlough Kitchen, he says he wants to offer good food and maybe a little hope to other furloughed workers in the hospitality industry.

On the first day of operations for the non-profit food service, Jimmy Cappele was among the people who drove up for a free meal. He was furloughed several days ago by a different catering company.

"This is people's lives as well," he said with his hand on the to-go container that held the meal he'd just received. "And this is absolutely wonderful that they're doing this. This way they can pay their rent," he said of his fellow restaurant and hospitality workers. "You don't have to worry about buying food. If it's a choice of buying food and paying rent, you know what's going to happen."

Furlough Kitchen, located at 4318 East Side Avenue in Dallas, is open noon to 5 p.m. Monday through Saturday. DeWitt says his initial promise to provide as many as 1,000 meals a day for 90 days is a $600,000 investment. He hopes other donors will step up to keep the effort going as long as needed.

"I believe our suppliers and friends in the industry, our bankers, lawyers, all the professionals who maybe are not going to feel it as badly as the restaurant people on the front line are, are going to reach deep into their pockets and help."