Gov. Greg Abbott is expected to make an announcement Thursday about statewide restrictions for restaurants and public gatherings.

DALLAS — As Dallas County announced an extended and more detailed order for the closure of in-dining restaurants, bars, and taverns and closure of gyms and workout facilities, the City of Frisco was doing the exact opposite. Officials there decided not to close anything at all in response to the Covid-19 crisis.

"At this time, the Frisco City Council is not taking action to close restaurants, bars or any other businesses, for that matter," said Frisco Mayor Jeff Cheney in a written news release. "We are taking a very measured approach where we process information from all perspectives. Our medical expert, Dr. Mark Gamber, agrees restaurants pose no greater risk than a gaming store, grocery store or other retail locations. We're choosing to take a tempered approach."

Cheney declined requests for an on camera interview Wednesday night. You can read the mayor's entire statement here.

The amended order also suspends any evictions planned or in process by landlords for the next 60 days.

In conversations with restaurant and bar owners over the past week, many expressed their concern that while Dallas was shutting down restaurants, other cities, such as Frisco, weren't doing the same.

"We're disappointed that not everyone is playing by the same rules," Judy Spiva, general manager of Lucky's Cafe in Oak Lawn told us while seated in a completely empty dining room.

Lucky's, like thousands of other restaurants, is moving completely to takeout and delivery.

Jenkins says he expects Governor Abbott to change that issue Thursday by declaring a state-wide ban on restaurant dining. In a briefing on Wednesday in Arlington, Abbott said he plans to announced a decision the next day.

"I believe what the governor will do tomorrow is follow the science and pass guidelines that will be in keeping with the CDC," Jenkins said Wednesday night.

Emily Williams Knight, CEO of the Texas Restaurant Association, is also anticipating a statewide decision. She says a statewide closure must come with substantial financial help from state and federal sources to keep restaurants from failing.

"I think he needs to make sure we go into very clear and aggressive relief packages because our small communities cannot afford to lose these restaurants that will not be able to sustain this crisis," Knight said.

Abbott said he is taking input from cities and counties on what the best decision is for the entire state.

In his written statement, the Frisco mayor said he will follow the governor's eventual statewide plan. 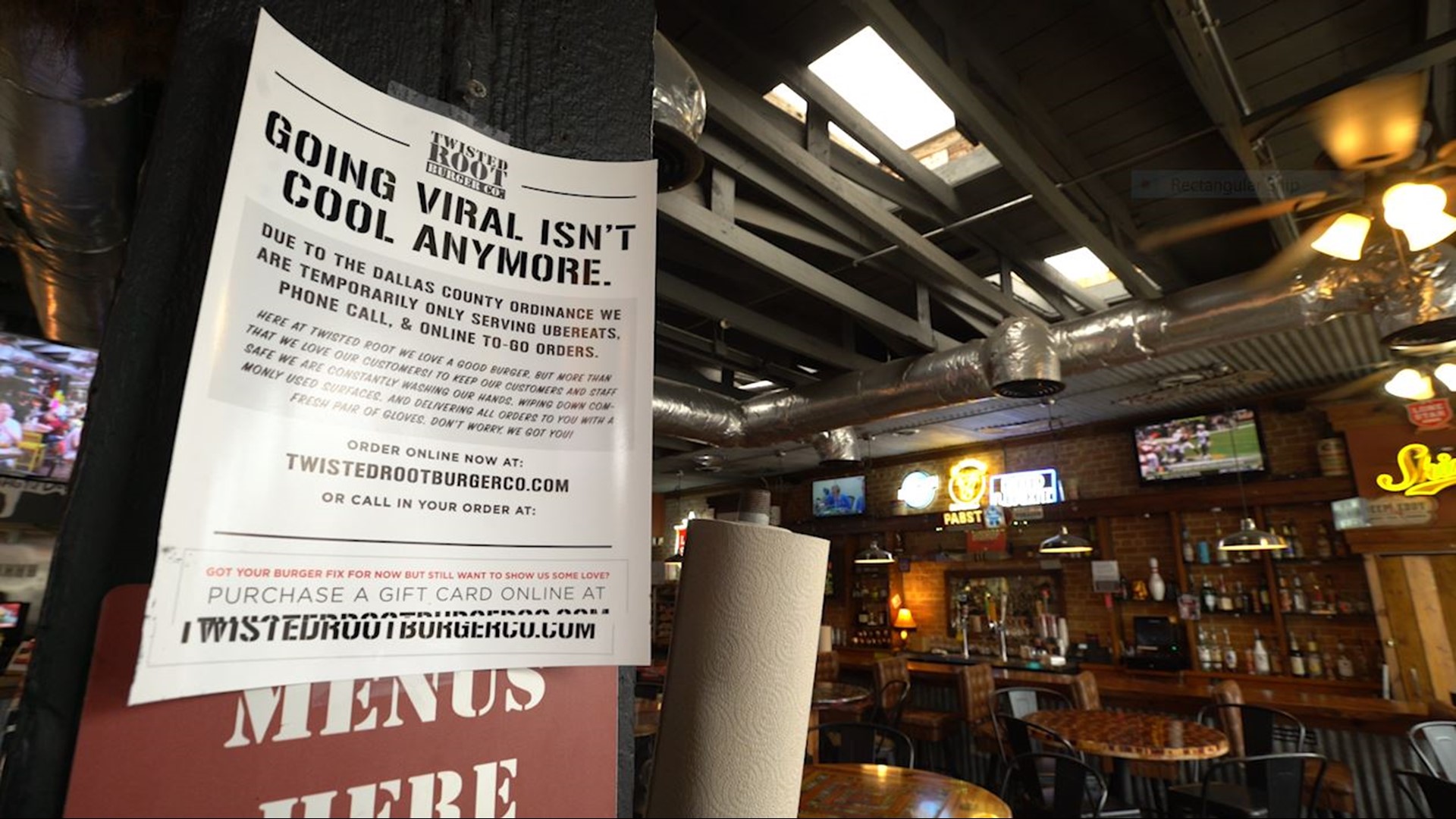