Former pastor who had coronavirus shares his experience: 'My prayer is, that if you haven't experienced this, is that you never will'

Will Horn implored churches to meet virtually to stop the spread of COVID-19. "The heart of a shepherd is to protect the sheep, not to expose the sheep.” 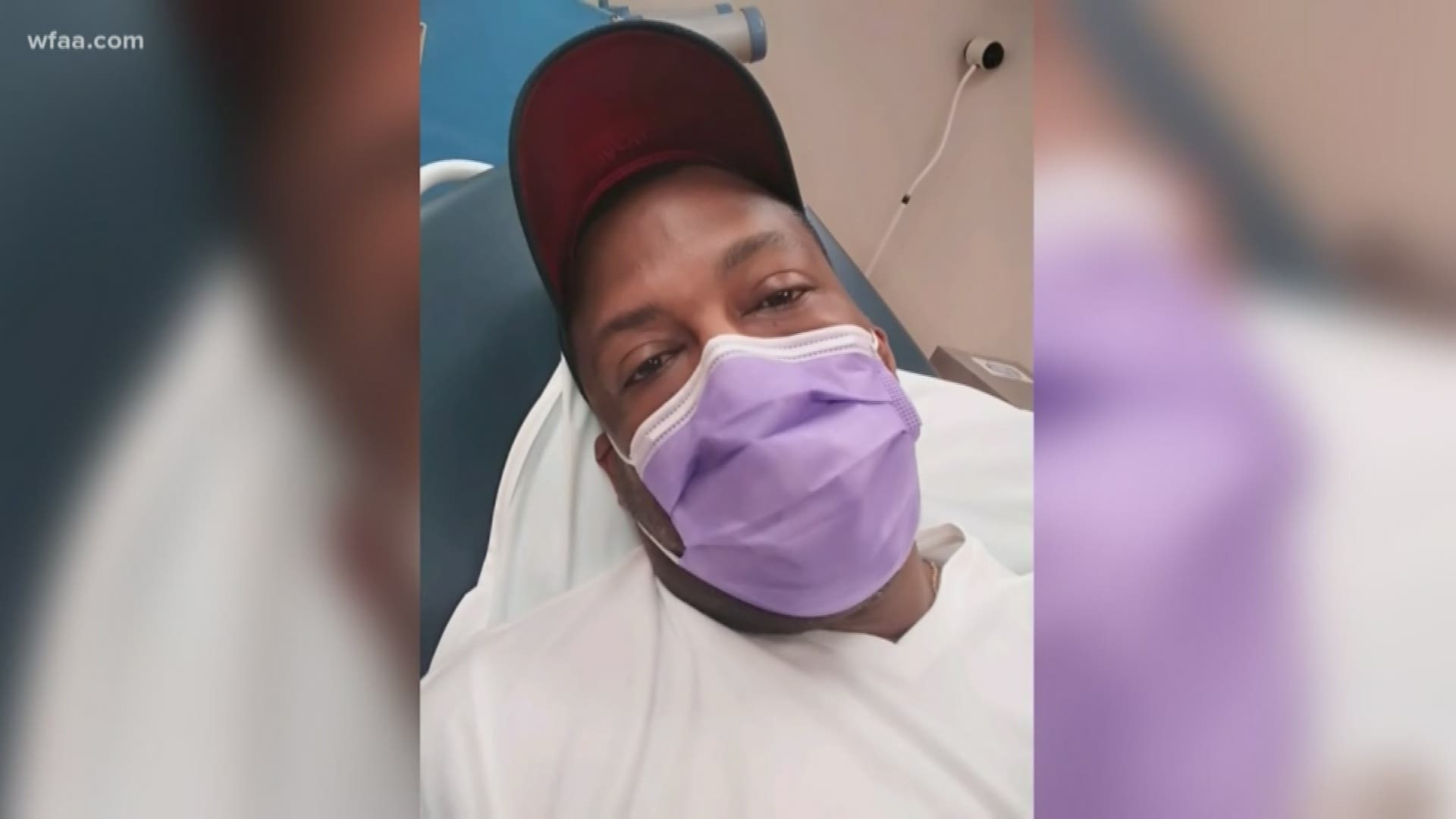 It still hurts to breathe.

The pneumonia is a remnant of Will Horn’s battle with COVID-19.

“I'm getting stronger,” Horn said in an interview with WFAA. “My prayer is, that if you haven't experienced this, is that you never will.”

“I got to tell you the whole story,” he said. “Because we need to understand that this is not is just a story on the news. That real people are having to deal with this virus and it's terrible.”

Over Spring Break, he went with friends to Austin. A few days after returning, he began to feel sick and run a high fever. He visited TCU’s health clinic on March 19. A test showed he did not have the flu, so he was given a test for COVID-19.

He told friends in a March 20th Facebook Live that he was feeling awful.

“I really don’t know yet what’s wrong with me,” he said, sounding winded. “I’ve been trying to eat, but I don’t have much of an appetite.”

Horn told WFAA that even then, he was still not thinking he had COVID-19. But he kept getting sicker.

In a March 21st post, he wrote, “Being in constant pain, not having any human interaction and not knowing what’s wrong with me is a lot to deal with.”

He asked friends to pray for him.

“My body hurt so bad there were times that all I could do was lay in a hot tub of water and cry,” the former Marine said during Wednesday’s Facebook Live video. “I’m one of the strongest, healthiest, almost 50-year-old men I know and it reduced me to tears.”

On Monday, March 23, he returned to the college health center. He could barely walk across the parking lot because he felt so weak. Medical staff told him to go to the emergency room.

“It was all I could to walk from my car to the front of the emergency room,” he said during Wednesday’s Facebook Live video. “I was so weak. They put me in a wheelchair.”

“All of the doctors and nurses had to move out of the way and I could feel in that moment that I was like the leper of all in the Old Testament when they would cry out, ‘leper, leper’ to let people know not to come close,” he said during the Facebook Live.

Nurses hooked him up to an IV. They took an X-ray of his chest. He said a doctor told him that his lung looked like the pattern that they see with those patients with COVID-19.

“He says, “We’re going to have to admit you to the hospital,’ Horn said. “My heart dropped. For the very first time, I was actually scared.”

Horn spent five days in an isolation room in the hospital. He could have no visitors.

The former pastor said all he could think of was how he used to console family members when someone died. “I was like, 'Lord, please don’t let that be my mother,'" he said, tears rolling down his face. “Please don’t somebody have to counsel her.”

On his fourth day in the hospital, he was given another COVID-19 test because the other one had not yet come back. He was released Friday still not knowing if he had the illness.

In Wednesday’s Facebook Live video, he thanked all those who prayed for him, including his mother and aunts.

“I have felt your prayers,” he said during the video.

He thanked the nurses and doctors who cared for him.

But there was one doctor, in particular, who gave him great comfort. He said she would make a point of grabbing his hand each time she came into his room. He said on his last day in the hospital, she asked if she could pray for him.

“She strengthened me so much,” he said.

On Wednesday, he finally got the results of both COVID-19 tests. He did, in fact, have the illness.

He called pastors and ministers not to put their congregants in danger by trying to conduct in-person services.

“You don’t have to call them to a building to have intimacy with God,” he said. “You’re putting them in danger. The heart of a shepherd is to protect the sheep, not to expose the sheep.”

“We’ve got to do whatever we can to flatten this curve so that more lives are not lost,” he said, ending the Facebook Live. “Would y’all do that for me?”