Dallas and Tarrant county officials say both patients have recently traveled out of the state of Texas. 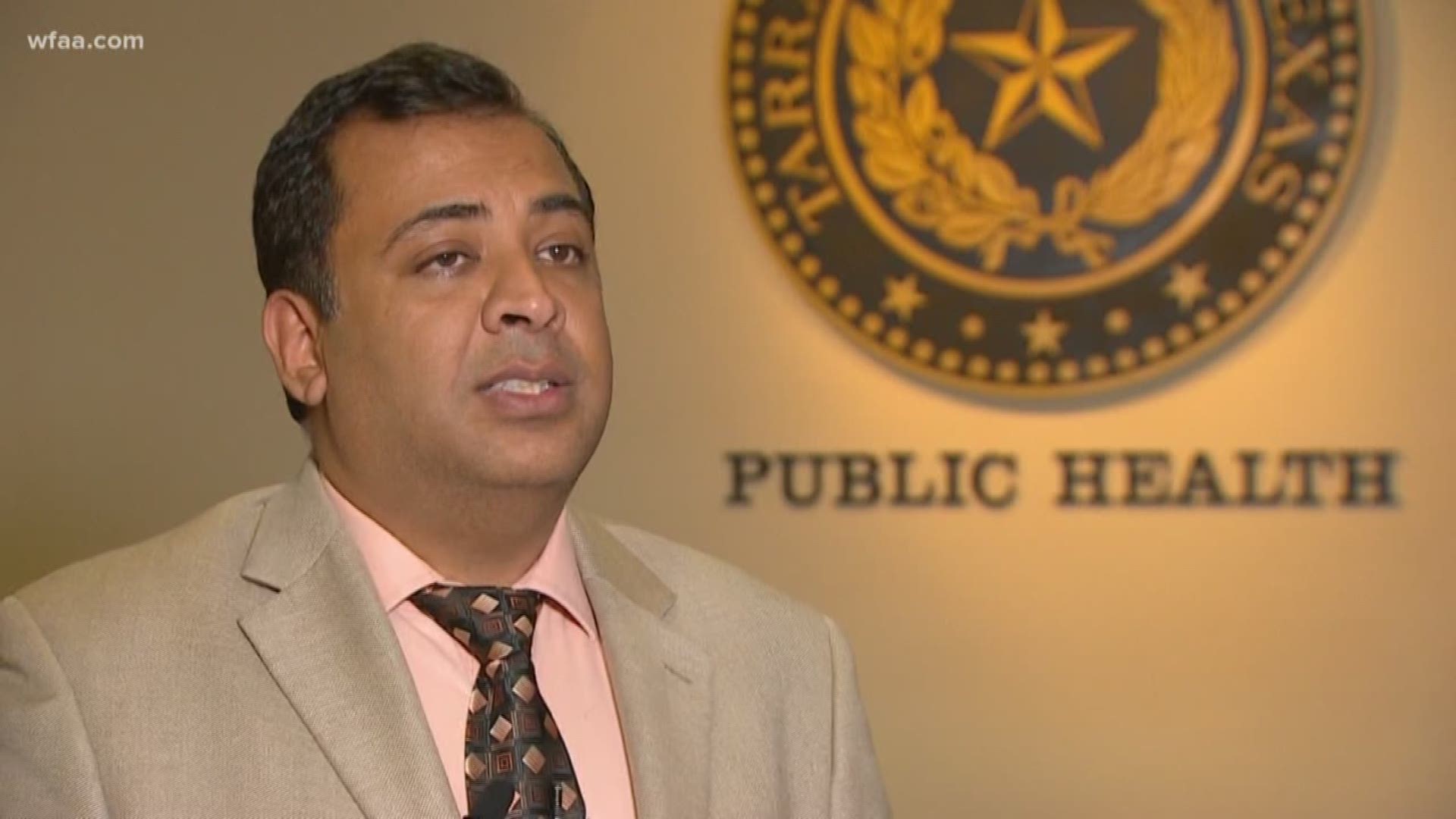 Dallas County Health and Human Services says its first patient is a 77-year-old who traveled to Dallas from out of state by vehicle, and has an extensive travel history. The patient is being treated at a Dallas-area hospital.

Tuesday night, DCHHS reported its second "presumptive positive" case, saying the second patient is in their 50s and was in close contact with the first patient.

“Cases of COVID-19 in the 9th largest county and the 4th most populous metropolitan area in the country were not unexpected," Dallas County Judge Clay Jenkins said.

Tarrant County Public Health says its first patient is a resident who traveled to a conference in Kentucky during late February. The resident is being treated at a Fort Worth hospital.

Both cases are considered a presumptive positive until the CDC confirms it.

Jenkins says Dallas County Health and Human Services has completed contract tracing and has notified anyone who had close contact with the patient in Texas.

Officials says those people have been placed in isolation and if they become symptomatic, then they will also be tested.

Tarrant County Public Health Director Vinny Taneja says the department is interviewing household contacts and are currently reaching out to people who have possibly been exposed.

“While we know this case is concerning, it is not unexpected. We have been watching the numbers increase across the US and have been preparing for this event,” Dallas County Health and Human Services Director, Dr. Philip Huang said.

Huang said they are working with local, regional, and statewide health authorities to monitor the situation and update the public

“The City of Dallas has been making preparations for COVID-19 for weeks, and we are in daily communication with our partners. I remain confident in our collective ability to handle these cases,” City of Dallas Mayor Eric Johnson said.