"Transparency and facts are key to slowing the spread of this virus," Dallas Mayor Eric Johnson said during a news conference. 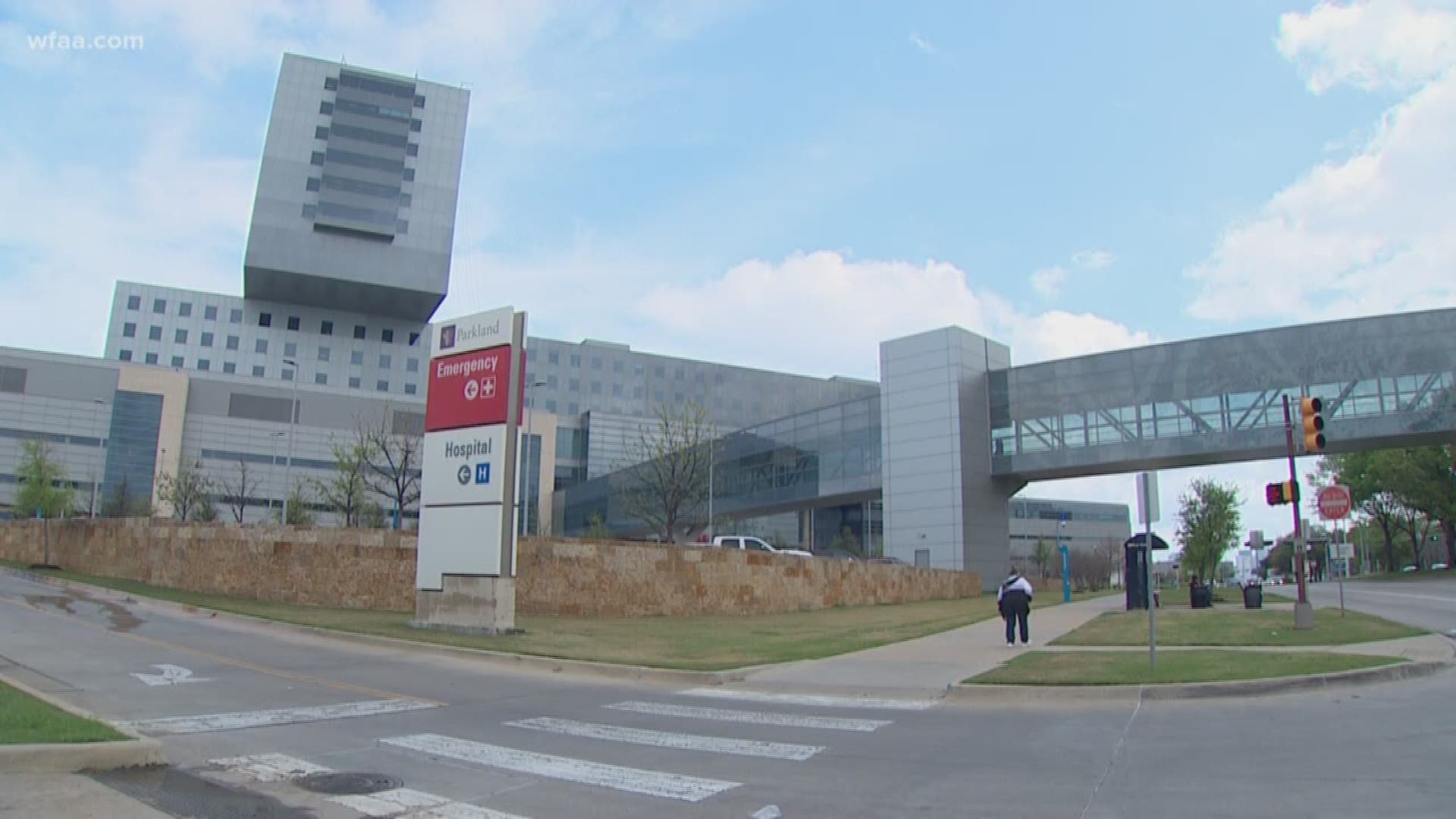 Hospitals in Dallas will now be required to report capacity numbers daily to city officials.

In a Tuesday morning news conference, Dallas Mayor Eric Johnson said he believes residents still don’t understand what’s going on and how serious COVID-19 is within the community.

“The daily numbers of hospital capacity could help,” Johnson said.

Each day by 4 p.m., local hospitals will be required to report the number of beds, ICU beds and ventilators that are available.

“Transparency and facts are key to slowing the spread of this virus,” the mayor said.

Johnson said more hospitalizations are expected because of the novel coronavirus.

"Our job is to make sure that we are looking one, two, three, four weeks ahead," Abbott said.

Tuesday morning, Dallas city officials said they are waiting to hear from medical professionals on how the pop-up hospital should be run, but explained it could hold up to 1,400 beds if needed.

“The reason we want hospitals to report daily is because in order to be prepared locally, we need to able to do our part, it’s an all hands on deck situation,” Johnson said.

During the news conference, Johnson also said he will not shut down open space parks and trails at this time.

His announcement comes after several reports of residents not practicing social distancing at the Katy Trail and White Rock Lake over the weekend.

“Not everyone in this city has a backyard to go outside and get some fresh air,” Johnson said.

Instead, the city is working with local park officials to enforce social distancing.

“Please keep your distance so we can keep these city amenities open as long as we can,” he said.

Johnson also said the director of transportation is exploring the possibility of closing certain streets so that pedestrians use them for walking, in hopes of reducing foot traffic at the trails.

"It’s possible to close some streets to car traffic so we can have other places besides the trails for people who want to walk a circuit and get some fresh air," he said.

Landlords should 'have a heart'

The mayor addressed concerns of reports of possible evictions, despite the county and state already taking steps to pause eviction proceedings.

"Over the weekend, a councilmember sent memorandum for change in state law with evictions," Johnson said. "I referred that request to the COVID19 ad-hoc committee."

RELATED: Some North Texas renters say they are being threatened with eviction, despite ban during COVID-19 pandemic

The mayor said the committee needs to vet the idea before officials act on it.

"We cannot afford to rush into something like this, that’s so far-reaching."

Johnson said in the meantime, he is asking landlords to "have a heart." He also requested for renters to remember that landlords have bills to pay and asked for the two to work together if possible.

"Do not compound our city’s problems by putting more people out on the street. Not right now. Be responsible, be respectful," Johnson stated.